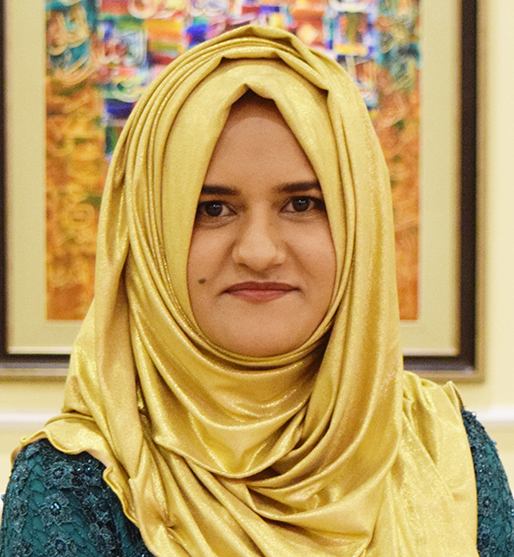 Imagine walking down a slum area with open sewers, foul smells and miasma of marshes where humans lay literally on the ground; alive but with a skin full of ugly sores, their limbs dilapidating and sensations in them so lost that they remain unaware while rats gnaw at their decaying limbs. How many of us will cross such a path as quickly as possible averting our eyes from the dreadful sight trying our best to never be able to recall the horrendous picture? Perhaps ninety-five percent of us. How many of us will stop, inquire the reason for such a miserable state of the destitute, learn that these people have been outcast by the society due to the abominable disease they suffer from, and then leave in a state of sadness? Probably four-point-nine percent of us. How many of us will try to send a donation to help these people? May be the remaining zero-point-one percent. But who amongst us will be the one to feel so deeply hurt by the despondent circumstances that it compels us to make a key lifetime decision; of staying right there, never going back home, for the rest of our lives in order to bring a reform? Quite possibly none of us. It will take a heart of gold, spirit of an angel, courage, bravery and strength of a warrior and a level of compassion that is purely selfless. Such a combination is too rare to be found. However, one woman who belonged to a city in the erstwhile Eastern Germany, was blessed with all of these attributes and she made sure to put them to service in the best possible manner. Her name was Ruth Katherina Martha Pfau.

Born in Germany before World War-II in the city of Leipzig, Ruth was four years old when atrocities on a smaller level began while as a teenager she witnessed the official war break out. Watching her city get bombed each day, passing by scalded and crippled bodies of people suffering inconceivable pain, she realized that if there was anything she could do to help ease the misery, it would be if she knew how to heal the wounds. There, she decided to become a doctor. Her persistent determination led her to cross the dangerous demarcation line in 1948 travelling from East Germany to West Germany to pursue education as a medical student. Once graduated, she joined the catholic order of ‘Daughters of the Heart of Mary’ where she found out from Misereor (German Catholic Bishops’ Organization for Development Cooperation) that professional medical staff was urgently needed in some developing countries. Ruth, by then known as Dr. Pfau, gave it a thought and deduced that post-war Germany was already laying the foundation to get back up on its feet and would be able to do it without her because it had an educated youth, but she desired to be a beacon at a place where hope was dying. Thus, she decided to leave for Bombay, India. On her way, she stopped over at Karachi due to visa problems and happened to visit the slum quarters commonly called Leper’s Colony on McLeod Road where she witnessed the horrifying scenes she had never imagined before. There existed only a small dispensary made out of wooden crates surrounded by long lines of leprosy patients from adults to children, having lost every sense of dignity while their flesh became nutrition for rats and themselves been abandoned for suffering from a disease that the society considered incurable. The drains were open and sewage water mixed with garbage giving birth to unbearable stench. Ruth was appalled beyond words but was not sickened. The insufferable condition of people and the colony did not deter her for she was not an ordinary passer-by, she was the one with the heart of gold. She cancelled her plan to go to India and made a lifetime decision; to stay in Pakistan and love the most despised.

Love indeed, remained her guiding stone throughout her life as she started working diligently for patients of leprosy. Her approach was not limited to treating the patients and provision of free drugs, she focused on rehabilitating the alienated human beings to bring back in them dignity, esteem and honor that they had long been deprived of. Dr. Pfau started by reorganizing the dispensary into a proper care unit for leprosy patients, trained paramedical staff, compiled a curriculum for further trainings, gathered funds from wherever possible and most of all, preached compassion and mercy towards the patients. She ate with the patients, touched them without hesitation and made them feel human again. In the beginning when Dr. Pfau tried to involve the municipal administration she was told by a doctor that leprosy did not exist in Pakistan. Such a response clarified her concepts and she decided not to waste any of her time and begin moving forward on her mission physically and socially to build an infrastructure not only for controlling the most neglected disease but rooting it out as well. Within three years, her efforts started bearing fruit and she was able to set up an actual leprosy clinic known as Marie Adelaide Leprosy Centre (MALC). At the launch of clinic, she had about a hundred families being treated. When the news of a free of cost treatment facility for leprosy spread, almost a thousand families approached MALCfrom different parts of Pakistan. She travelled to her home country a number of times during this time to collect funds. By the year 1968, her services had started getting attention when she was awarded ‘The Order of the Cross’from Germany. She utilized the spotlight to attain Government of Pakistan’s support as she aspired to expand the leprosy control program thereby setting in motion a ‘National Leprosy Control Programme’ in collaboration with MALC establishing leprosy centers across the nation. From the vast mountains of Kashmir to the barren land of Balochistan to deserts in southern Sindh, she left no place deprived of her visit. Her network stretched to far off areas with her workforce manifold; from Sindhis, Balochis, Pathans, Panjabis, Muslims, Christians, Hindus and a dozen other ethnic groups worked in harmony at the leprosy centers. In the year 1996, World Health Organization (WHO) declared leprosy to be under-control in Pakistan. A breakthrough Pakistan could not have achieved had it not been for Dr. Pfau to address the issue while the local doctors remained in denial of leprosy’s existence in the country.

Ruth Pfau ventured on to cross newer milestones every step of her journey of love. Love that was unconditional, devout and wholesome. She embraced her crippled patients and made them forget about their deplorable state, gave them hope and made sure to convey that she loved them as persons. Leprosy being under-control did not stop her. She said in her interview to Deutsches Ärzteblatt International, “If WHOpoints out that leprosy is under-control, that does not mean the danger is over. We made this mistake much too often. The moment we controlled malaria, we fought the fronts, and today it is one of the most common causes of death. We also dismantled the fronts when we had tuberculosis under control, and TB has returned. We certainly do not want similar for leprosy. To this end, we have given too much, my team has often enough risked their lives to get leprosy under control. Leprosy has a very long incubation period, so we have to maintain our network for a long time”. Thus, after the leprosy control program succeeded, she started working on Leprosy Elimination Program, a rather bigger challenge due to long incubation periods of leprosy. Alongside, she started a Triple Merger strategy which was aimed at tuberculosis and blindness prevention programs for utilizing the widespread network of MALC to the full capacity. The program was further developed into Extended Leprosy Control Program (ELCP) in 2002. Marie Adelaide Leprosy Centrecontinues to progress and today is an eight-storey hospital as well as the hub of 157 leprosy centers situated across the country.

Over the course of five decades spent in Pakistan, Dr. Pfau was awarded with numerous accolades including Hilal-e-Imtiaz, Sitara-e-Quaid-e-Azam, Hilal-e-Pakistan, Nishan-e-Quaid-e-Azam, Life-time Achievement Award from the Government of Pakistan and the Honorary degree of Doctor of Science from Agha Khan University. She also received various international honors such as the Damien-Dutton Award from USA, Marion Doenhoff-Prize and The Commanders Cross of the Order of Merit with Star from Germany and many others. Once she was asked whether she wanted to receive a Nobel Prize and she laughed off saying what would she do with that, for her concerns were beyond what material awards could do. Although, the general perception about humanitarians is that they have much less to give an opinion on the political system of a country but Dr. Pfau was one of a kind. Having survived one of the greatest wars the world has seen and authored several books, she was a woman vocal in her opinions without hesitation. In her interview to Tribune she said that if she had to make an electoral choice for Pakistan it would definitely not be democracy. In her words, “I was a happy 30-year-old when the Berlin Wallfell and democratic values triumphed. But democracy needs education and education is barely given any attention in Pakistan. So, I don’t know how far democracy will succeed here.”. Moreover, she revealed that the most kind to her were the men in uniform and her efforts attained recognition and support from the military rulers more than any civilian statesmen of Pakistan.

Dr. Pfau’s work did not remain limited to leprosy patients. She traveled from city to city whenever a natural calamity or a refugee crisis hit Pakistan. Be it TDPs due to operations being carried out against terrorism or those affected by earthquakes and floods, she was there for everyone. Most often, her inclination used to be to reach where no one else had been willing or able to go. In an interview to BBC when Ruth was busy helping the people affected by the deadly flooding in Pakistan in 2010, Mervyn Lobo, who traveled with her for years said, “Working with Dr. Pfau is very, very difficult, because she has such immense stamina, that I don't think anyone can match”. Despite being in her eighties, she used to visit the wards and meet the patients with the same gentle and caring attitude that she had in her yesteryears.

Ruth Katherina Martha Pfau, the woman who was an apotheosis of love in this world, breathed her last at the age of 87 on August 10, 2017 and was laid to rest in full honors of the state funeral held at St. Patrick’s Cathedral on August 19. The honour, respect and love displayed by the people and state of Pakistan on Dr. Ruth’s death is also testimony to the fact that Pakistanis by nature are most loving, caring and tolerant people. This love is not bound by caste, colour or creed. Those who came to attend the funeral of Dr. Ruth, their tears and sombre gestures are a message to the world that life deeply exists in Pakistan beyond the false images of a violent country mostly created by the western media.

Through her exemplary life, she demonstrated how love can conquer what wars cannot. Pakistan not only has a lot to learn from the legendary Ruth Pfau but also is indebted to her, and while it may help to remember her more by changing labels on hospitals and streets after her name, her mission can only be accomplished when the message of love, tolerance, harmony and acceptance regardless of caste and creed will be acted upon.