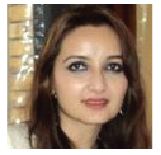 The serene image below is enough to literally take your breath away. Majestic snow-capped mountains, crystal clear lake reflecting the mountains and a clear blue brilliant sky with floating frothy clouds. On the shore, a white horse grazes on grass, its head bent low. At first glance, you wonder aloud, “Switzerland?”, but your guess would be far off the mark. This beauteous place is none other than Karomber Lake in Gilgit-Baltistan, Pakistan. 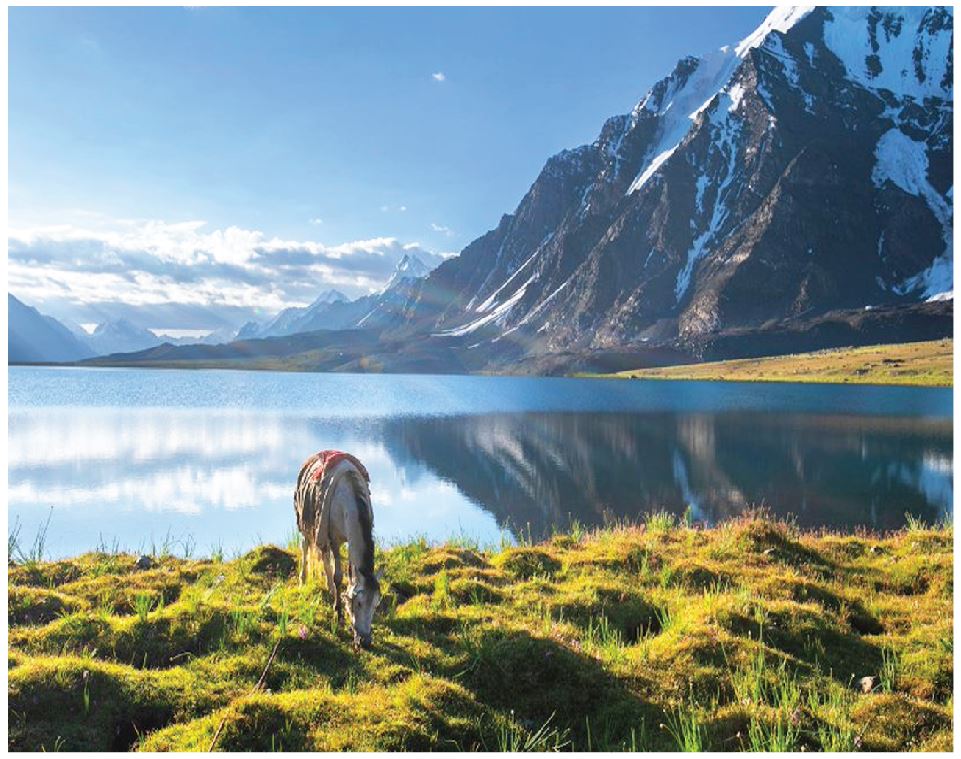 Undoubtedly, Pakistan has some of the most mesmerizing and stunning tourist attractions ranging from architectural marvels, rolling verdant fields, majestic snow-capped mountains, crystal clear lakes and streams and last, but not the least, warm, earthy, hospitable people who always make you feel at home. Why is it then that our tourism sector is always floundering and unable to realise its potential for the last few decades? Some major reasons for the malaise of this sector is the lack of active promotion of Pakistan’s amazing tourist areas at an international level as well as the poor maintenance of roads and non-availability of comfortable accommodation.
While the COVID-19 pandemic has upended the world and turned it on its axis, it has adversely affected the tourism sector everywhere. Pre-COVID-19, Pakistan was still attracting mountaineers and intrepid foreigners who had gone back raving about the country’s scenic beauty. Many wrote blogs praising Pakistan’s tourism potential. But, COVID-19 has proven to be a thorn in the side of Pakistan’s tourism sector, cutting off the small stream of foreigners. But as they say, every cloud has a silver lining. Travel having become cumbersome and highly regulated, many Pakistanis who were desperate for a vacation and needed leisure time to refresh after a tough year, turned their sights inwards instead of Europe and rediscovered their country. Social media posts of these travellers praising Pakistan’s Northern Areas have been proliferating, but those who know Pakistan well have always maintained that Pakistan is a travellers’ paradise. Let us cast a bird’s eye view of what Pakistan has to offer to tourists. 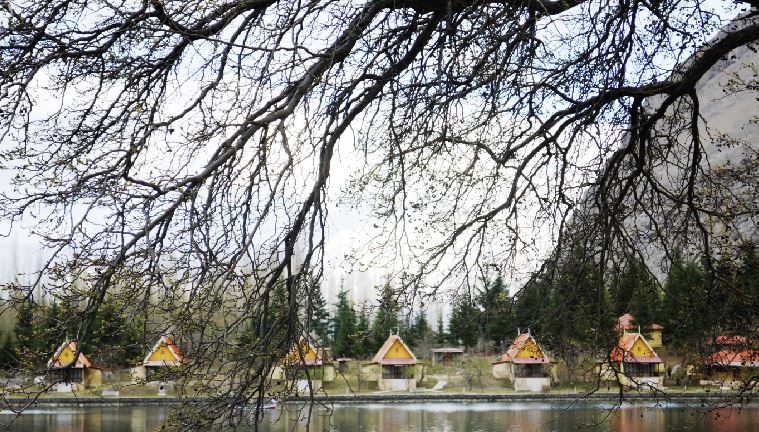 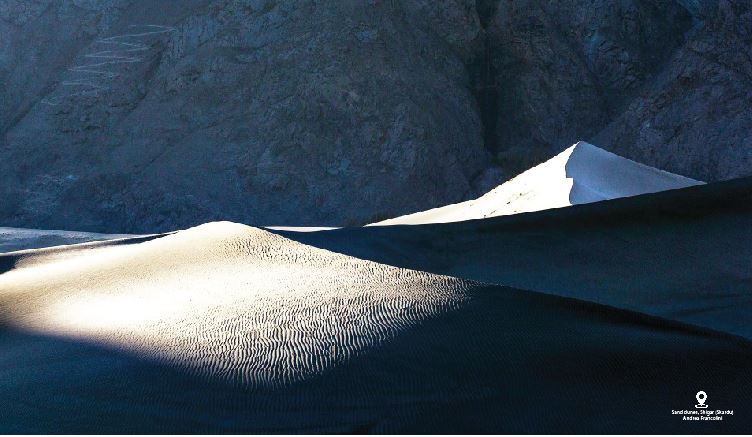 In the verdant valley of Gilgit-Baltistan is stunning Skardu, which encompasses deserts as well as lakes, resorts and a fort. It also leads to some of the world’s highest mountains like Gasherbrum, K2 and K3 and is at an altitude of 2,228 meters. The valley of Skardu is also strategically important because it connects Pakistan with China, Afghanistan, and India.
The Shangrila Resort in Skardu is a sight to behold. It rests between the sprawling mountains and envelopes a crystal-clear lake which reflects the mountains with scurrying clouds hanging low. Autumn is perhaps the best season to visit Skardu with amber leaves forming a canopy as you walk below, crunching fallen leaves underfoot that cover both sides of the road. Rosy cheeked apples rest under ancient trees while the Braldu River snakes its way past sun-kissed mountains. A waterfall greets you at the base of the mountain; when you climb up, you see Kachura Village. Boating in Kachura Lake’s glassy water, surrounded by ancient trees which have stories to tell, is enough to make you feel like you are in heaven, no less. Sunrise and sunsets are wonderful to view as the mountains and lakes shimmer in the sun’s rays. What is truly remarkable is that when the sun sets in the mountains, the afterglow and gap between sunset, dusk and twilight makes you feel as if you are dwelling in a fairyland. 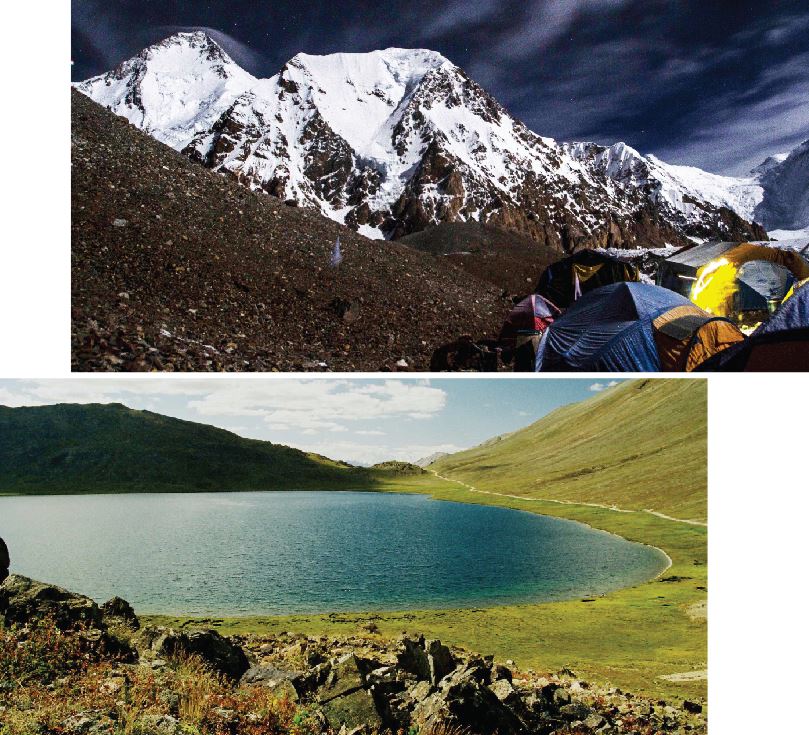 Skardu also boasts a unique cold desert; the sand dunes in Katpana Village are mesmerizing at night bathed in a full moon. There is more to come: near the Karakoram and Himalayan mountains ranges is Deosai, the world’s highest plateau spread over 3000 sq km and the Deosai National Park that is covered by brilliant flowers. The flowers attract colorful butterflies, buzzing bees, and resplendent birds. Due to its biodiversity and stunning sights, the Deosai National Park was given the status of a national park. The National Park also contains snow leopards, the Himalayan brown bears, golden marmots and lammergeiers. Another beauteous place on your bucket list should be the Satpara Lake, which is a vision to behold at dawn and at night.
The fertile village of Khaplu has terraced fields that are filled with crops. Khaplu traces its history to a wealthy kingdom for the rulers of Khaplu. The palace deteriorated over time, but the Aga Khan Foundation renovated Khaplu Palace to its former glory. Tourists can stay in the gorgeous former palace which is now being used as a hotel. 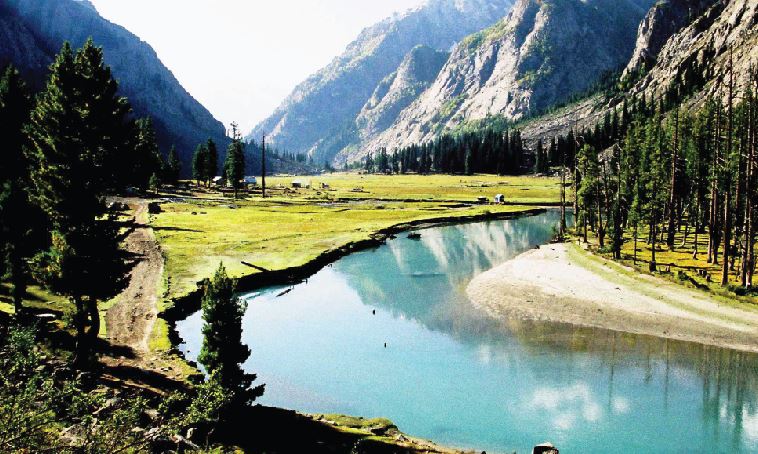 For a spot of history, there is the 600-year-old Kharpocho Fort, which was built by Balti ruler, Ali Sher Khan Anchan. Unfortunately, the Fort needs to be maintained properly because it is in a poor condition due to the ravages of time. Once considered unconquerable, this fort is now battling for survival against time.
Lost in the awe of Skardu, let us not forget the Hunza Valley in Gilgit-Baltistan. Its location is unmatched as it sits between the superb Himalayas and Karakoram mountains. The raw and rugged mountains make you feel like you are in paradise. This is a must-see for those who want to escape the hustle and bustle of everyday life. Baltit Fort is a 700-year-old historical building which used to be the seat of governance and they were known as Mirs, who ruled for hundreds of years. The Fort was losing its lustre over time until the Aga Khan Foundation came to its rescue once again. It took the Aga Khan Trust for Culture many years to renovate the fort.
Chitral is another scenic landmark which is nestled beneath the Hindu Kush mountains. Near Chitral is the UNESCO heritage site, Kalash, which has a thousand-year-old culture. Like the Amish community in the United States, the Kalash people follow the same customs and lifestyles of yore. The women wear caps and clothes festooned with embroidery. During their recent visit to Pakistan, Prince William and his wife Kate visited the Kalash community and participated in their traditional dances. 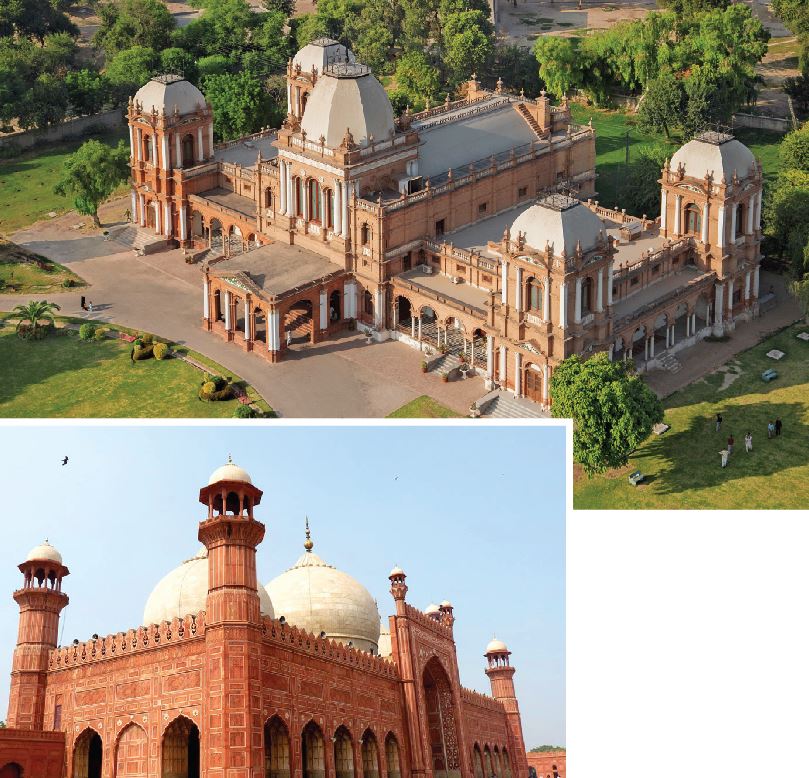 Having lived in Gilgit as a child, where my father was posted as Deputy Commissioner, I can attest to Gilgit’s stunning panorama. There were many trips that we made to the towering mountains that stood guard over Gilgit. The narrow roads were carved out of the mountains and had no railings or barriers on the side. I remember driving in an open top jeep on a hairpin ride, where the appearance of another car on the curve up ahead would have meant our jeep hurtling down the mountain. On this bumpy ride, when the jeep ran over some boulders in its path, I nearly fell out of the jeep and into the ravine below. I was rescued by my mother in the nick of time. I certainly hope these roads have been widened and made safer now for intrepid tourists.
Another place where the roads are still unpassable unless one travels by jeep is Naltar Valley which has verdant forests, stunning lakes and skiing facilities in winter. There is no form of public transport to reach the area.
Sandwiched between Chitral and Gilgit, the Shandur Pass has an elevation of almost 3700m (12,200ft). Since the roads are as rugged as the terrain, travelling there can only be done in a jeep. The Shandur Pass is famously known as the Roof of the World. The annual Shandur Polo Festival sees teams from Chitral and Gilgit-Baltistan competing for honors.
Swat, in the Khyber Pakhtunkhwa province (KP), has been billed as Switzerland of Pakistan. Swat contains lush forests, towering mountains and stunning lakes. For the adventurous tourists, there is hiking, trekking, camping, and ziplining. Come winter, there is also skiing, ice-skating, sledding, ice hockey, snowboarding and speed skating. KP also has Naran and Kaghan valleys which have abundant forests, emerald green meadows, snowy mountains, and crystal lakes. Who can forget the majestic serenity of Lake Saif-ul-Malook? Giving it close competition are Dudipatsar, Lulusar and Aansoo Lakes.
Kaghan also houses the Shoghran Valley hill station, which has the Siri Paye meadows, where one can hike, trek and climb mountains. There was a time when the valley housed concerts but nowadays, such large gatherings are best avoided due to the pandemic. Shogran Valley is blessed with hotels and is thus a prime tourist destination. Apart from Shangrila and Shogran Valley, it is difficult to find good accommodation and facilities for visitors. In many cases, the roads are broken and are a nightmare to navigate.
In the Diamer District of Gilgit-Baltistan, there is another gem called Fairy Meadows at the base of Nanga Parbat Mountain. Fairy Meadows lives up to its name as it transports you to crystalline lakes and incredible views of Nanga Parbat Mountain.
Attabad Lake is defined by its blue turquoise waters, shimmering between a myriad of small mountains. The lake is now a livelihood for the people of Attabad, with their small guesthouses and hotels nearby. Tourists can enjoy jet skiing, fishing, boating, and plenty of other recreational activities.
For a historical perspective, nothing can beat the Karakoram Highway. The highest point on this highway is the Khunjerab Pass. The highest border crossing in the world connects Xinjiang in China with Pakistan. It boasts wonderful views, flanked by magnificent mountains, a green plateau and grazing herds of yaks and mountain goats.
Azad Kashmir is known for its beauty: Neelum Valley’s freshwater streams, green pastures and foliage, sliver thin rivers and enigmatic forests draw you in like a moth to a flame. In fact, Neelum Valley has been dubbed by visitors as mini-Switzerland.
Lahore’s Badshahi Mosque dates from the Mughal dynasty and was built by Emperor Aurangzeb. The UNESCO heritage site is huge and can accommodate over 100,000 people. It is an architectural marvel and represents the best of Mughal architecture. It is decorated with elaborate floral motifs and beautiful calligraphy. 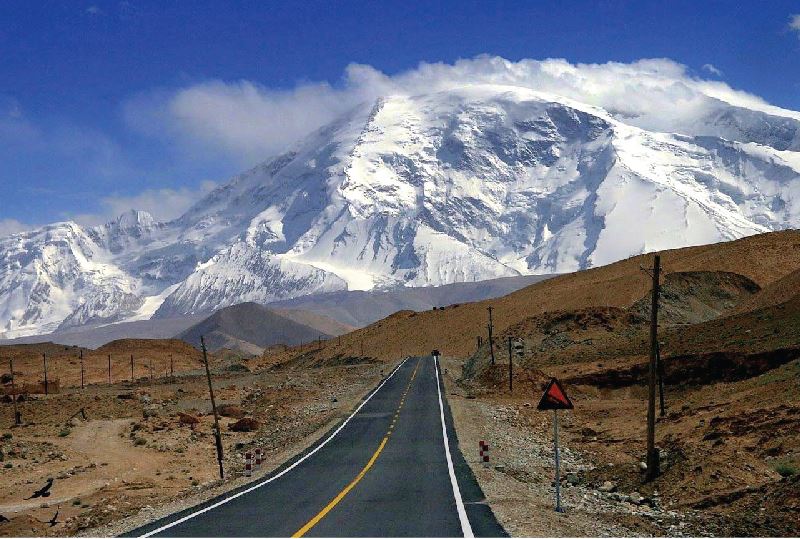 Islamabad has the Pir Sohawa picnic spot which draws foreigners and locals alike. Apart from beautiful views of the Margalla Hills, the place has glittering restaurants filled to the brim with diners and greenery to soothe the senses.
For history buffs, a visit to Bahawalpur in the province of Punjab is vital; once a princely state that formed part of the Rajputana States that stretched across Rajasthan in India. It was ruled by Nawabs and Nizams and today the city is replete with historic monuments and architecture from a bygone era like the Noor Mehal. There is the splendid Derawar Fort from the 9th Century which houses royal tombs and the Farid Gate.
In Jamshoro, Sindh, there is the fabulous Ranikot Fort which is the largest fort in the world and has been standing for over two centuries. It is also known as the Great Wall of Sindh.
Despite the amazing tourist treasures of Pakistan, they are an open secret that makes foreign tourists shell shocked when they arrive because the tourist spots far exceed their expectations. From palaces of ancient kingdoms to flora and fauna to natural wonders to historic cities to amazing wildlife to splendid mountain ranges to crystalline streams, lakes and rivers to sweeping deserts and plateaus, Pakistan has been blessed many times over.
It is high time we capitalised on our tourism potential and earned the direly needed foreign exchange. But for this to materialise, the government needs to have a vision and planning prowess and they need to put in a lot of hard work. It would be beneficial for the authorities to liaise with adventure groups and companies being run by adventure enthusiasts and tourist operators so that a synergy is created which would benefit Pakistan’s tourism sector.