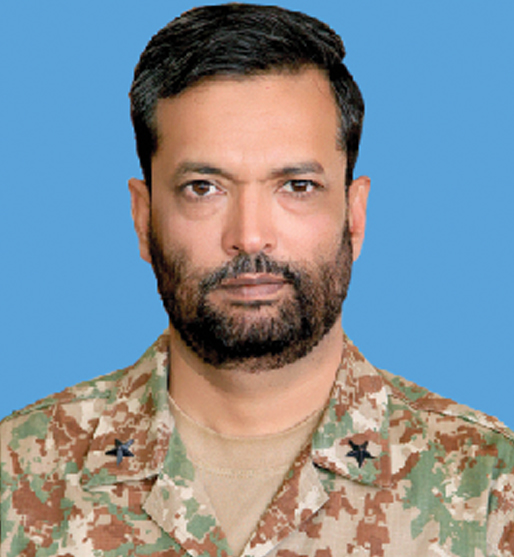 Pakistan Army: The String of the Federation

“A federation is a union comprised of a number of partially self-governing states (or provinces) united by a central (“federal”) government,” notes Zhenis Kembayev in Legal Aspects of the Regional Integration Processes in the Post-Soviet Area (Springer 2009, 17). Pakistan is a federation from conceptual and constitutional points of view. The 1973 Constitution of Pakistan is built around a federal system, which is in vogue in better parts of the world. Part III of the constitution gives out complete structure of the federation. The federation of the Islamic Republic of Pakistan comprises The Punjab, The Sindh, Khyber-Pakhtunkhwa and Balochistan provinces, Federally Administered Tribal Areas (FATA) and the Gilgit-Baltistan region. Azad Jammu and Kashmir (AJ&K) has a special azad status awaiting solution in accordance with the UN resolutions calling for plebiscite, which has not yet been held due to the hard Indian stance. India has illegally occupied a sizeable part of Kashmir, the Indian Occupied Kashmir (IOK), for last over six and a half decade.

There are numerous colours of the federation of Pakistan such as the provinces, regions, civil society and political parties. Media is yet another beautiful colour. However, the core colour of Pakistan, like any other country, is the populace, around which everything is knited ranging from security to economy and politics to governance. Besides, there are government institutions among the bright colours of the country. Pakistan Army is one of them. It is a prime security institution of the country, with special mention in the constitution as regards its role and functions. Chapter II of the Constitution entitled 'Armed Forces' delineates command, oath and functions of the armed forces.

Conceptually speaking, national security comprises two important segments: state security and human security. Pakistan Army, with other armed services of the country, is the prime institution for defence against external aggression, certainly with full backing of the nation. This is the role played by the army to take care of the state security segment of the national defence. It is defending thousands of kilometres of borders in pursuance of its role. Pakistan Army is also part of the UN Peacekeeping forces since 1960s. In this role, it has been deployed (and a better part of it is still deployed) across the globe in various conflict-ridden countries.

Due to its state security function, it remains to be one of the vital organs of Pakistan, and is nothing less than a string of the federation. Inter alia, Article 39 of the constitution entitled 'Participation of people in Armed Forces' notes: “The State shall enable people from all parts of Pakistan to participate in the Armed Forces of Pakistan.” This article is being practically applied as Pakistan Army represents the Federation in true sense of the word. In first place, it is a national army comprising people from all provinces and regions of Pakistan. Pakistan Army's officers corps and soldiers’ cadre is made up of the Punjabi, Pashtun, Sindhi, Balochi, Brahvi, Seraiki, Qabaili, Kashmiri, Gilgiti, Balti, Chitrali and all other ethno-linguistic communities, even if missed out a mention herein. All of them have their own soldierly characteristics and a unique kind of love for the country.

Among others, massive recruitment of the Baloch youth in Pakistan Army is a very healthy trend. On 12 December 2013, during a soldiers' passing out ceremony in the Training Centre of Electrical and Mechanical Engineering (EME) Corps located at Quetta along with Dr Abdul Malik, the Chief of Minister Balochistan, Chief of Army Staff General Raheel Sharif said that 20,000 Baloch have joined the ranks of Pakistan Army as soldiers since 2010. He went on to say: “This overwhelming willingness of the Baloch youth to join Pak Army exhibits their unflinching love for Pakistan and genuine concern with its defence.” This is in indeed awe-inspiring. In addition to these soldiers, hundreds of Baloch are serving Pakistan Army as officers. Many people know that Pakistan Army's structure symbolizes Pakistan's federational structure. It is exhibited well from its regiments named after the regions and provinces of Pakistan to include the Punjab Regiment, the Baloch Regiment, the Frontier Force Regiment, the Sindh Regiment, the Azad Kashmir (AK) Regiment and the Northern Light Infantry (NLI) Regiment. It may be interesting for some to know that the Baloch Regiment is the second oldest regiment after the Punjab Regiment. Not that the soldiers hailing from only these provinces or regions join these regiments, but it is always a rainbow combination in all regiments. However, the names of these regiments show the primary colours of federation i.e. the federating units. It is indeed true to say that Army is not a profession but a way of life. The officers and soldiers of Pakistan Army think as the member of the institution and the defenders of the motherland, and not through the prism of provincialism, ethnicity, religion or sect. It is another case that all tribes, ethnicities, languages, provinces, religions and sects are respected and regarded on equal. This too deserves a mention that Pakistan Army has representation from all religious and sectarian communities. Certainly, being a country with 97 % Muslim population, the bulk of officers and soldiers of Pakistan Army are Muslim. However, other religious communities are also represented and respected. There have been Christian and Pasri officers who rose quite high in the ladder of career advancement. Some of them are still serving. There is representation from Hindu and Sikh community, too, in the officers' corps and a number of Christian soldiers are also serving in the army. The even more satisfying feature is that all religio-sectarian communities have liberty to pursue the rituals and morals of their faith and beliefs without any coercion or compulsion in line with the true Islamic teachings and the ideals of the Quaid-i-Azam Muhammad Ali Jinnah that “You are free; you are free to go to your temples, you are free to go to your mosques or to any other place of worship in this State of Pakistan. You may belong to any religion or caste or creed – that has nothing to do with the business of the State.”

Apart from its security functions, Pakistan Army is also committed to playing a role in the realm of human security in all regions and provinces. Commitment in combating militancy and terrorism is but one such example, a role in which it has gone beyond the limits of national expectations and sacrificed thousands of lives. Besides, it is playing a formative part in the sphere of education across the country. Some 133,416 students are studying in the Army Public Schools and Colleges, who are the children of army personnel as well as civilians. Besides, 7,831 teachers are employed in these schools and colleges, which is another unique contribution in the realm of human security. A number of national highways connecting all parts and provinces of the federation have also been constructed by Pakistan Army's Frontier Works Organization (FWO). Pakistan Army has remarkably contributed to disaster management. In this role, it remains busy round the clock from rescue, relief and rehabilitation activities at Attabad Lake in Gilgit-Baltistan to earthquake relief in Awaran district of Balochistan. The role of Pakistan Army towards human security in Pakistan will be covered in more details in some article subsequently.

In sum, Pakistan Army is playing a constructive and transformative role across both domains of national security i.e. the state security and human security, across the country, and is representative of all federating units of Pakistan in keeping with Article 39 of the Constitution. Thus, Pakistan Army can be regarded as a true string of the federation, which links people from all areas both physically and conceptually.

The writer is a PhD (Peace and Conflict Studies) scholar, author of Human Security of Pakistan (published 2013) and co-author of Kashmir: Looking Beyond the Peril, being published shortly.