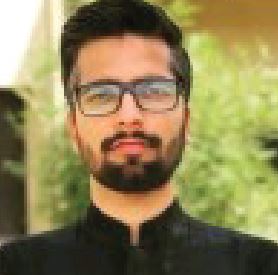 Pakistan remains the sixth largest troops contributing country for UN peacekeeping missions since its first deployment in 1960. Pakistan for the last 62 years has remained steadfast in their duty for global peace, despite a number of sacrifices. 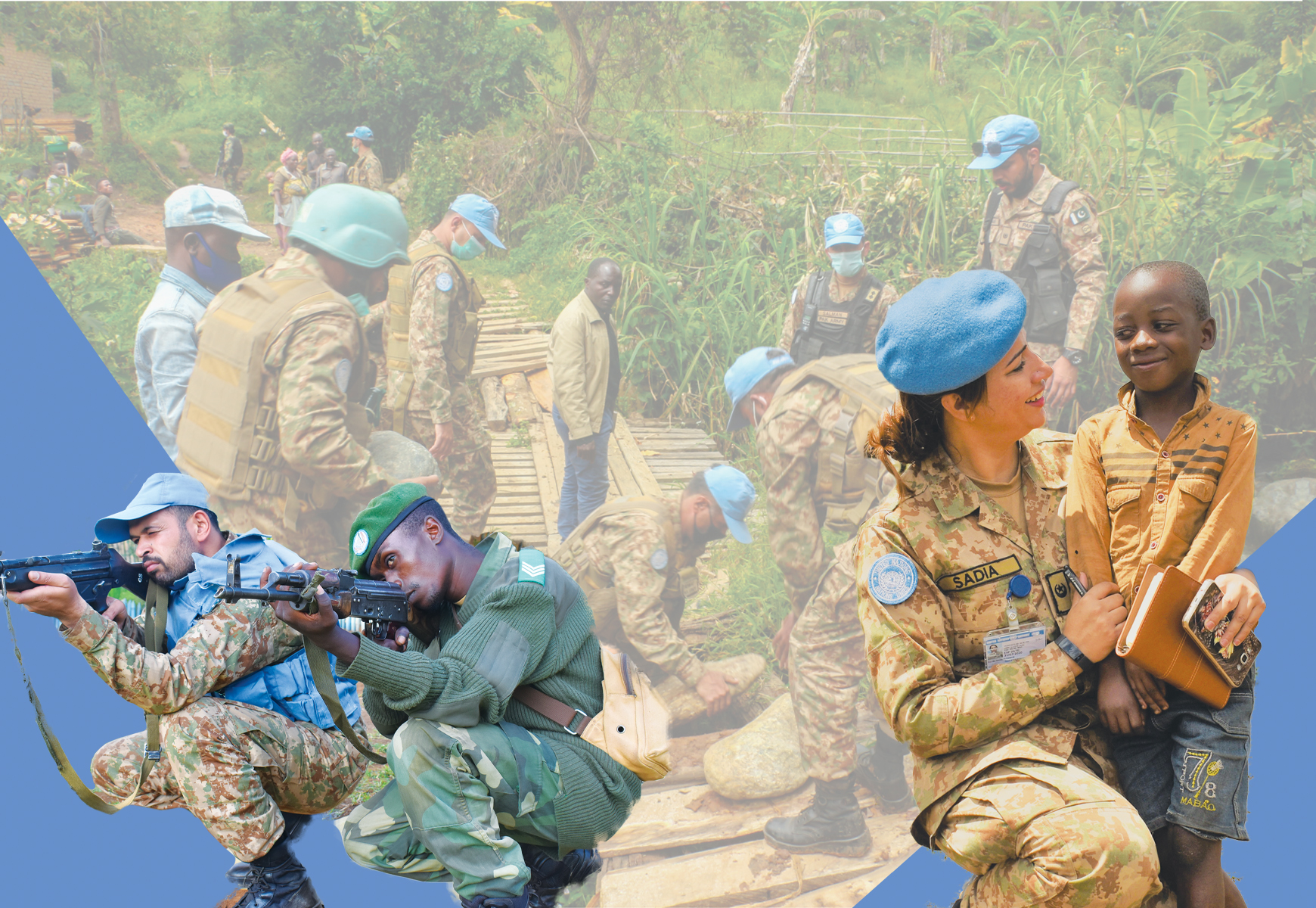 Since its inception, Pakistan has played a significant role as a responsible member of the international community to help realize the ideals of global peace and security through active support in various regions of the world. Our peacekeepers have always distinguished themselves while undertaking the challenging task of peacekeeping in conflict torn areas.
Historical Perspective. Pakistan has a longstanding commitment to United Nations peacekeeping missions dating back to 1960, when our first peacekeeping mission was deployed in Congo. Thereafter, it has been a long saga and we have nearly been anywhere and everywhere UN peacekeeping went. From 1960 till the end of 1970s, Pakistani peacekeepers remain deployed in 3 out of 11 UN missions that include West Irian, Yemen and Congo. In the 1980s, UN’s role in peacekeeping shrank due to the impact of Cold War; resultantly, peacekeeping missions were reduced to 6. During that era Pakistani peacekeepers remained deployed in Namibia to serve humanity. Post-Cold War era saw a surge in international and global conflicts. During those turbulent times, UN played an active role and deployed its peacekeepers in 36 missions worldwide with Pakistani troops serving in 21 missions across the globe. Somalia was one of the most volatile conflicts in which 23 Pakistani peacekeepers lost their lives in a single day during a rescue operation. In the 2000s, Pakistan participated in 12 out of 18 missions with the highest ever strength of 10,500 peacekeepers. 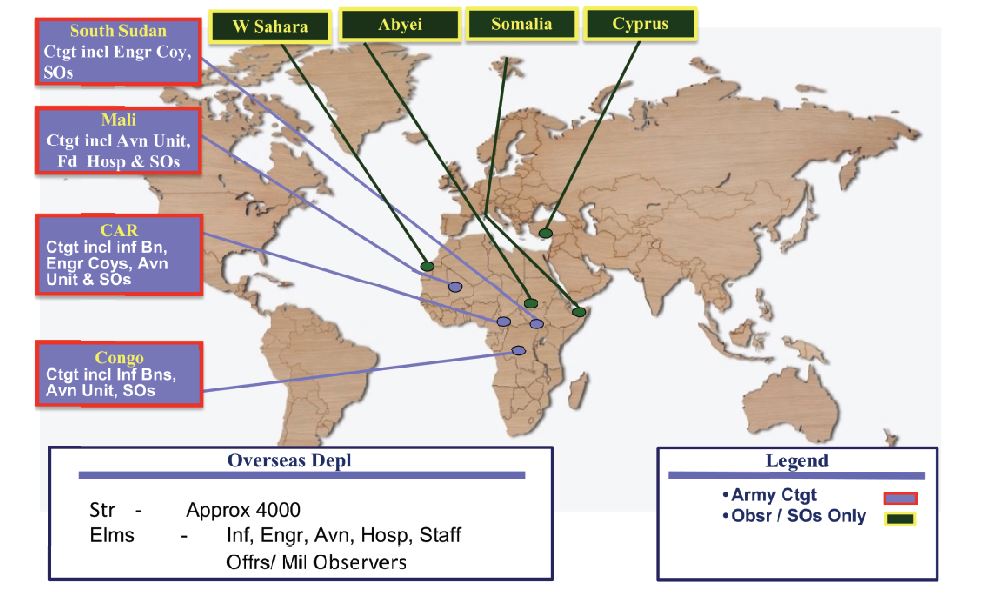 So far, over 219,000 Pakistani troops have remained part of 46 missions in 28 countries around the globe. These include Infantry Battalions, Artillery and Armour Regiments, Engineers, Signals, Logistic Companies, Aviation Units and above all our doctors in hospitals who have served the humanity with courage and pride.

Current Deployment. As of today, Pakistan is contributing approximately 4,000 troops deployed in 8 missions across the world. Overall, we are the sixth largest troops contributing country to UN peacekeeping missions, sharing 5.9% of global peacekeepers.
Role and Tasks of Units Deployed in UN Missions
Infantry
• Prevention of expansion of armed groups.
• Maintenance of security and protection of civilians.
• Dominate areas of tactical importance.
• Rapid deployment to prevent the advance of negative forces.
• Dominate the area of responsibility through presence.
• Targeted operations against armed groups focusing on critical capabilities to render them ineffective (leadership, command and control, sustainment, and armament etc).
• Deter armed groups from inflicting violence against civilians.
• Establish and maintain UN’s freedom of movement.
Aviation
• Air assault (including quick reaction).
• Close air support.
• Troops insertion and extraction.
• Air patrol (Observer/Monitor tasks) with armed troops on-board.
• Area surveillance and reconnaissance.
• Day and night MEDEVAC and CASEVAC (with an integrated AMET or any AMET provided by the mission).
• Troops/cargo transport.
• Firefighting for air operations at the main operating base. 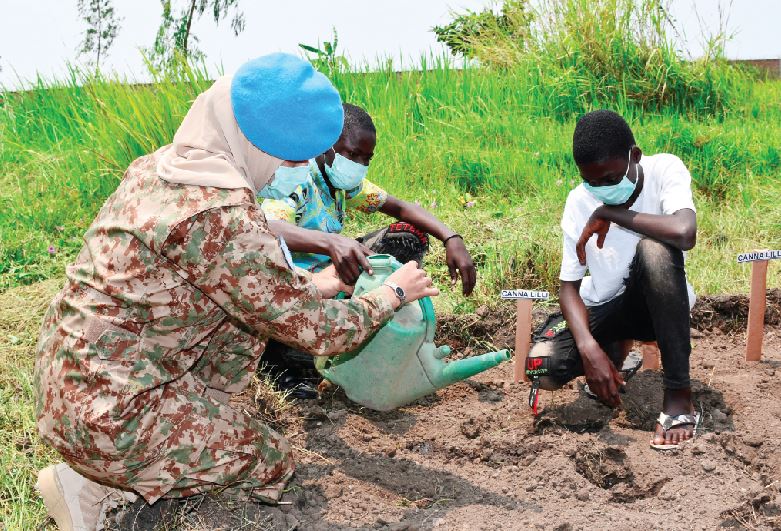 Engineers
•  Assist in the mobility of own forces to facilitate tasking.
•  Site surveys (topographical and boundary).
•  Clearing and grubbing of the selected sites, roads and airfields, selective demolition at the selected sites, roads and airfields (if required).
•  Support the construction of unit field defense including a perimeter security fence.
• Perform specialized EOD with functions such as detection, identification, evaluation, render safe recovery and disposal of explosive unexploded remnants/abandoned explosive ordnance recovered from the mission areas.
•  Conduct Weapons Technical Intelligence (WTI) collection, explosive incident investigation and evaluation of evidence.
•  Respond to bomb threats.
•  Support the disarmament, demobilization and reintegration (DDR) within its capabilities.
Hospital
•  Provide primary healthcare, catering to all common illnesses and infectious diseases to all personnel operating in the area of responsibility of the hospital.
•  Perform limb and life-saving surgeries such as laparotomy, appendectomy, thoracentesis, wounded exploration and debridement, fracture fixations and amputation.
•  Perform emergency resuscitation procedures.
•  Administer vaccination and other disease prophylaxis measures as required in the mission areas.
Female Participation. Alongside men, our women peacekeepers are also proudly serving under the UN’s flag and contributing to peace in different parts of the world. Overall 400 Pakistani women peacekeepers have served in UN missions so far, alongside actively participating in UN-led Integrated Training Services (ITS) team initiatives. 25 female officers have been trained at various international peacekeeping training institutes, whereas 174 lady officers have been trained at Centre for International Peace and Stability (CIPS), NUST, Islamabad. Currently, Pakistan Army has deployed 88 lady officers in various UN missions as staff officers and part of engagement teams in contingents.
Sacrifices for Peace. This proud journey, however, has not been easy or without sacrifices. 168 Pakistani peacekeepers including 24 officers have laid down their lives for the noble cause of world peace and have been honoured with Dag Hammarskjold Medal, the highest UN accolade.
Pakistani Senior Leadership in UN. Apart from providing troops to various UN assignments, senior leadership from Pakistan has always been on the forefront to assist UN in various high ranking appointments. Present senior representation of Pakistan is as under:
• Brigadier Ahmed Jawad, Sector Commander/Contingent Comd, Congo.
• Brig Zahid Ali Shah, Sector Commander, South Sudan.
• Colonel Sohail Bajwa, Deputy Contingent Comd, Central African Republic.
• Colonel Muzammil Saeed, SPAO Commander, Mali.
• Colonel Muhammad Shafqat, SPAO, Abyei.
Centre for International Peace and Stability (CIPS). Centre for International Peace and Stability (CIPS) is a premier institution providing studies/training in peace and conflict regime. While, one of its wings organizes Ph.D, Masters and graduate studies, the peacekeeping department is meant to impart realistic, focused and mission oriented training to the potential peacekeepers including contingent commanders, military observers, staff officers and nucleus staff of Infantry and formed contingents. It was established in March 2013 with the purpose to effectively integrate and institutionalize peacekeepers training regime, transforming all potential peacekeepers (military/police), as well as aspirant civilian scholars into an effective core of experts and enablers in consonance with Security Council's Resolutions for employment in UN missions. In a short span of time, CIPS has achieved an international stature and is aptly recognized by the lead UN Departments and the agencies involved in training and sensitizing regime.

The vision is to develop CIPS into Regional Peacekeeping Centre of Excellence, equipped with state-of-the-art IT enabled training facilities and wherewithal in rendering quality training to scholars and enablers. CIPS presupposes a training facility way ahead than other regional UN peacekeeping training institutions, to produce scholars in Peace and Conflict studies besides organizing a wide range of peacekeeping training courses having enhanced foreign participants' representation.
CIPS at NUST, handles a vast array of pre-deployment training courses for UN missions. To date, overall 135 peacekeeping training courses have been conducted wherein 2378 peacekeepers including 294 Allied Officers (AOs) have been trained and sensitized. The institution has the honor to be among the toppers with four leading courses having recognition of UN ITS Department. Efforts are underway for the recognition of two more courses.
Consonance to the prospective outreach and expansion, joint ventures for training and enhancing cooperation with other Troops Contributing Countries (TCCs) is also being pursued by CIPS. In this regard, MoUs have been signed between CIPS and UN AIDS and UNOCHA. Whereas, MoUs with Institute of Peace Support Operation Training Sri Lanka (IPSOTSL), Korean Peacekeeping Operation Centre (KPOCENT) and UN Women have been formulated and are in the process of approvals. Moreover, contingent upon infrastructural development of the CIPS, the possibilities of cooperation with other countries in peacekeeping training through collaborated arrangements remain a priority consideration.
UN Military Unit Manual (UNMUM). Besides providing quality peacekeepers, Pakistan has also contributed in the policy and academic domain of UN. Pakistan spearheaded the formulation of various UN Military Unit Manual (UNMUM), Project for Aviation and Counter IED Manuals which has been widely appreciated and acknowledged. Pakistani subject matter experts have abundantly contributed to the formulation and revision of 18 manuals.