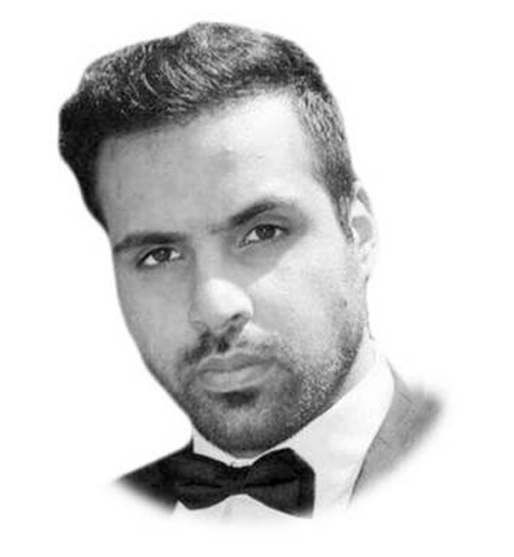 The speed, accuracy, and devastating power of American Artillery won confidence and admiration from the troops it supported and inspired fear and respect in their enemy,” Dwight D. Eisenhower famously said. Today his words explain America as a superpower and her status as the largest exporter of arms in the world. She exported USD 33.6 billion worth of military hardware in 2016.

In a similar fashion, thousands of miles away, a resilient nation called Pakistan, with a colonial past and no industrial base to inherit, in just few decades has made great strides in leaving its mark as one of the most professional arms industries in the world.

The defence industrial complex has been more relevant in the 21st century as notions of economic power fused with hard power is the norm of an emerging multi-polar world. Therefore, expertise in manufacturing modern defence equipment in forms of state-of-the-art fighter jets, ballistic missiles and nuclear advancements marks the journey of any great nation; and Pakistan is one such country that has made great advances in this industry.

The latest multi-role fighter jet JF-17 Thunder, an emblem of Pakistan’s indigenous engineering masterpiece, has become the centre of attention at the military expo shows around the globe. The success is so profound that Pakistan has already won numerous export orders from various Middle Eastern countries. The target to boost defence exports tenfold from $68 million to $1 billion by 2019 seems plausible as Pakistan’s reputation in the defence industry is second to none. Even Lt Gen Sarath Chand, Vice Chief of Army Staff (VCOAS) of Indian Army, realizes the brilliance and technical superiority of Pakistan’s military complex. He strongly criticized the technological outdatedness of Indian defence industry compared to Pakistan’s. India’s failed 33 years old Tejas jet project is one manifestation of the complexity and advancement required to assemble jets. No doubt Pakistan has made it to the unique club of countries, which are capable of producing jets.

Furthermore, the recent testing of the new variant of JF-17 called the JF-17B with dual-seat capability has grabbed international attention. The project is taking Pakistan one step closer to becoming an expert at manufacturing advanced combat-ready warplanes in South Asia. The plane is not only capable of striking ground targets but also facilitates in training new pilots. JF-17B is considered to be the best trainer jet in the international market. Its price competitiveness is unmatchable and poses a threat to other players in the arms industry. Many countries in the world still rely on stimulators to train their pilots but after the introduction of this cost-effective jet, world air forces will be more willing to invest in their pilots’ technical training. This would open new markets for Pakistani jets. It is more likely to follow the same trajectory of its successful counterpart JF-17. Pakistan Air Force is expecting to introduce the jet next year which would further strengthen Air Force’s defence capability and reduce its dependency on foreign military machines.

Heavy Industries Taxila (HIT) is just one segment of the great achievements the country has made in the defence industry. Pakistan’s famous Al-Khalid tanks have become a strong backbone defence deterrent. The tank is also known for its reliability and price competitiveness in the international market. The Gulf countries, particularly, are interested in this tanks’ defence capabilities that are exemplary and could match any modern tank. For instance, the tanks are protected by a collective NBC (nuclear, biological and chemical) system which is key to crew’s survival during nuclear warfare. What astonishes the world is the speed and resilience at which a young nation such as Pakistan achieved these milestones in a short period of time. Stalin once said, “We are 50 or 100 years behind the advanced countries. We must make up this gap in ten years. Either we do it or they crush us.” Surely, Stalin’s piece of advice struck the minds of strategic military planners which ultimately strengthened her arms industry. In actuality, Pakistan’s achievement of trident has solidified Pakistan’s position in the global power hierarchy.

Delusion overwhelmed Pakistan’s adversaries when she tested her first submarine-launched cruise missile, Babur-3. The development of the submarine-launched ballistic missile (SLBM) included Pakistan in a unique league of nations which are equipped with this rare capability. No stone was left unturned to successfully complete this project. The world was astonished, especially India, whose evil plans to damage Pakistan are always self-evident. This latest addition would definitely attract other countries to line up to place orders and subsequently increase Pakistan’s export revenues. This missile would be the crown of many nations as it provides them robust deterrence capabilities. Further, the Pakistani missile will help maintain balance of power in different regions of the world. The defence industrial complex has been increasingly relevant in the 21st century as notions of economic power fused with hard power is the norm of an emerging multi-polar world. Therefore, expertise in manufacturing modern defence equipment in forms of state-of-the-art fighter jets, ballistic missiles and nuclear advancements marks the journey of any great nation; and Pakistan is one such country that has made great advances in this industry.

The development of Burraq missile-capable drone is a tip of the iceberg of the country’s growing prominence in the defence industry. Burraq has the ability to fly in all types of weather conditions and can strike its target with pinpoint accuracy. As warfare is changing, states see drones as the ultimate solution for cost efficient defence solutions. America is the pioneer of drone technology, and Pakistan’s inclusion in the drone market is a great leap forward. Even though Pakistan has not offered her drones for sale but owing to its cost effectiveness and better technology, it finds itself placed at an advantageous position. The war against terrorism necessitates the demand for drones and as Pakistan is a leading counter-terrorism expert country; it can help its partners with drones and assist in achieving global peace.

Pakistan’s arms industry is making history by reducing its military arms dependency on foreign countries by shifting towards locally manufactured defence equipment. Shahid Khaqan Abbasi, Prime Minister of Pakistan, said in his interview with Arab News that Pakistan is no longer solely dependent on American defence systems but instead has diversified to meet its needs. Pakistan defence industry is fully capable of meeting the needs of its brave armed forces, particularly, when the country is fighting the war on terrorism. In reality, Pakistan is fighting a global epidemic of extremism but in turn receives little appreciation from the world. Despite the odds, Pakistan is fulfilling its international obligations and increasing its local defence arms capacity so make sure no factor stops the country from achieving peace in the world.

Pakistan has now turned into a regional power and its maturity in the arms industry makes it a key player in its ‘near abroad’.Superior air, land and sea defence capabilities of Pakistan to maintain ‘minimum deterrence’ has helped to modernize its defence industry and simultaneously earn remittances from allies while updating their defence systems. The example of selling 14 units of JF-17 fighter jets to Sri Lanka is the reflection of this policy. What is more fascinating is the way Pakistan is climbing up in Joseph Nye’s described chessboard ladder due to rapid industrialization of the defence industry. The fast paced development of Pakistan’s arms industry is enabling the country to move up the hierarchical structures of power in the global community, especially in Asia and the Middle East.

The writer is an alumnus of the St. Antony’s College, University of Oxford. E-mail: [email protected]