Exercise Mavi Balina 2018 was conducted in three phases: harbour, sea and analysis. Harbour phase of the Exercise was conducted at Aksanz Naval Base and was aimed at creating an interactive environment between the participating navies. Activities of harbour phase included pre-sail conferences, coordination meetings and communication checks. 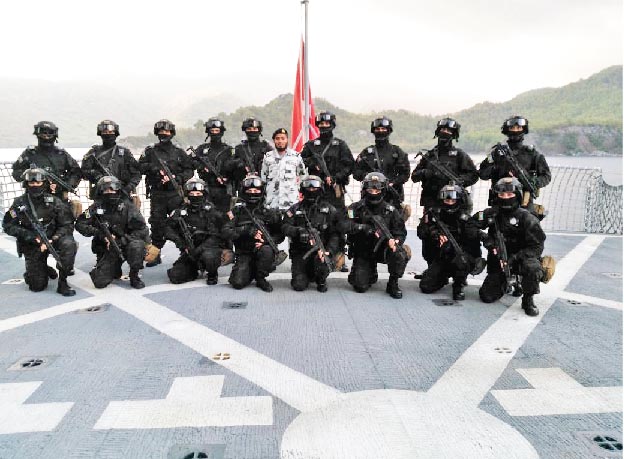 During the call on, Rear Admiral Asif Khaliq conveyed well-wishes from Admiral Zafar Mahmood Abbasi to the people of Turkey in general and Turkish Navy in particular. He also extended his gratitude for whole-hearted support provided by the Turkish Navy and Aksanz Port authorities in making the ship’s stay comfortable.

Pakistan and Turkey enjoy brotherly relations and friendship among both countries has withstood throughout the years. Pakistan Navy has deep-rooted and cordial relations with the Turkish Navy. In this regard, Pakistan and Turkey have come a long way in terms of mutual collaboration with regular interactions, visit of senior leadership, construction of naval ships, training cooperation and participation in bilateral and multi-national exercises and exhibitions. Participation of PNS SAIF in these exercises was also aimed at further strengthening the bond of friendship between Pakistan and Turkey in pursuance of Government of Pakistan’s policies to enhance friendly relations.