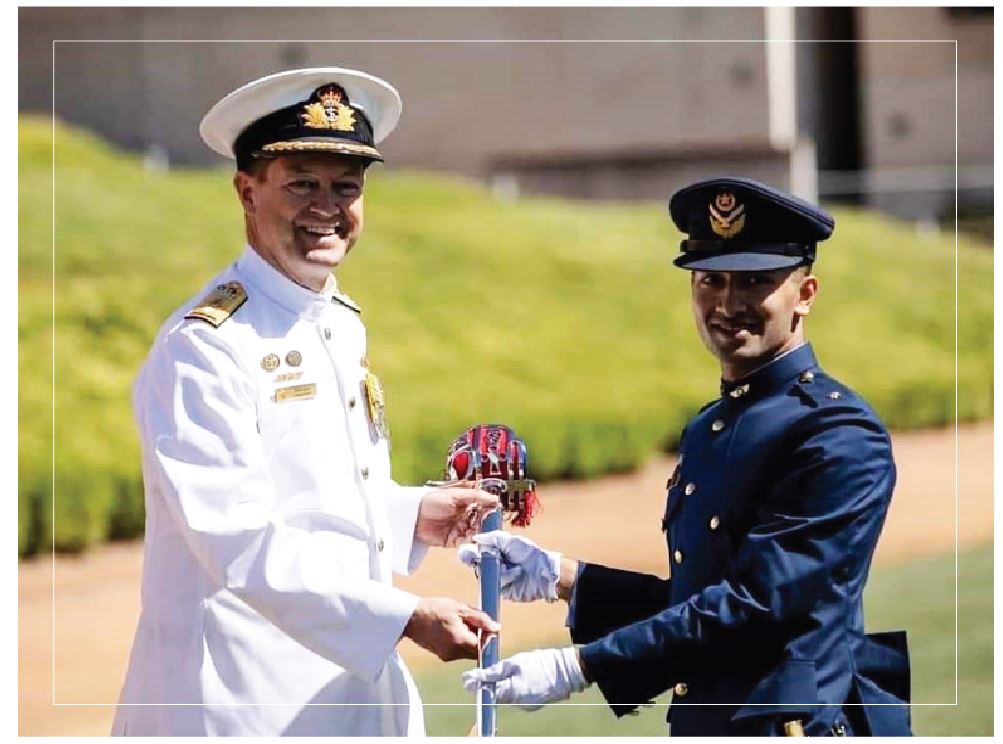 Pakistan Air Force Pilot Officer, Abdullah Younas, was awarded the Sword of Honour at the graduation parade of the 34th class of the Australian Defence Force Academy (ADFA), Canberra, Australia. The ceremony was held on December 6, 2020 where he received the award for his outstanding overall performance, becoming the first-ever international trainee to receive the accolade at the ADFA. He was selected as a trainee officer for the ADFA on the merits of outstanding performance at the PAF. During his time at the ADFA, he held several positions and won multiple awards.