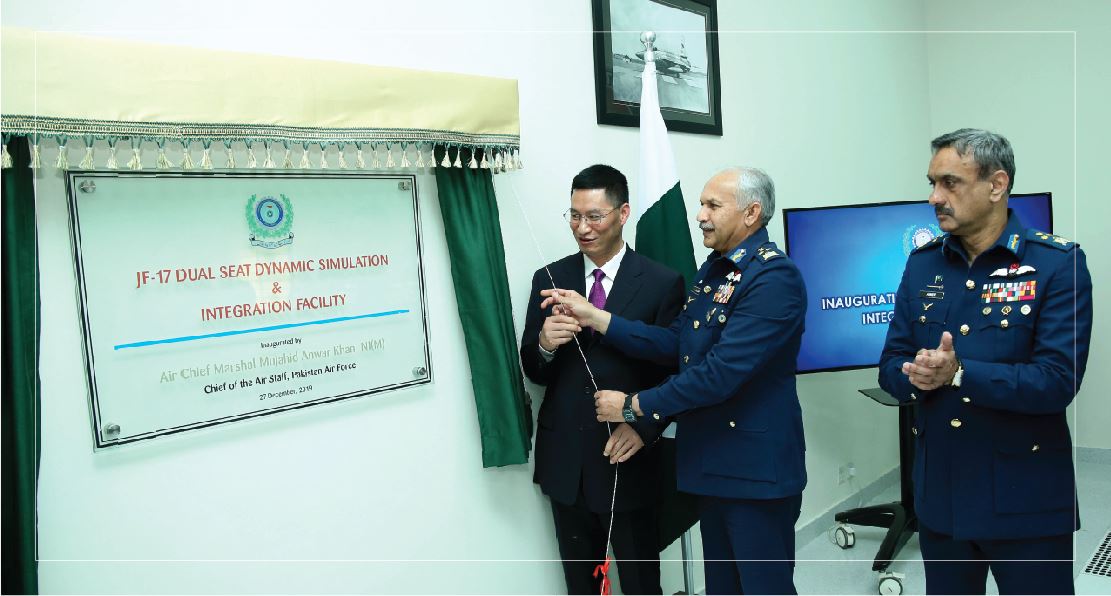 Addressing at the occassion, the CAS congratulated PAC and CATIC on successful accomplishment of 2019 production target and completing first 8 dual-seat JF-17 aircraft in a record time of five months. He further said, “Serial production of dual-seat variant is a landmark development for JF-17 program and a true manifestation of everlasting friendship between both the friendly countries. JF-17 Thunder is the backbone of PAF which has been battle proven during Operation Swift Retort.”

Later in the day, the CAS also inaugurated JF-17 Dual-Seat Dynamic Simulation and Integration Facility at Avionics Production Factory, Kamra. The facility will enable PAF to integrate avionics and weapon systems of choice with JF-17 aircraft, ultimately providing the much needed self-reliance and operational flexibility.