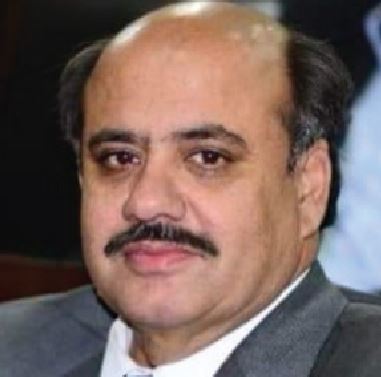 The fourth and final Nuclear Security Summit was held in Washington D.C. on March 31 and April 1, 2016. Nuclear Security Summit 2016 Communiqué stated: “The threat of nuclear and radiological terrorism remains one of the greatest challenges to international security, and the threat is constantly evolving.” More than 50 world leaders participated in the Summit. They expressed their commitment to advance a central pillar of President Barack Obama’s Prague Agenda, i.e. “preventing terrorists from obtaining and using a nuclear weapon.” The participants in the Summit ensured to the international community to safeguard nuclear and radiological materials from ending up in the hands of terrorists. Indeed, it is a sign of relief in the age of asymmetrical warfare.

Although the issues discussed in the Nuclear Security Summit (NSS) were broad based and not country specific, yet Pakistan received proportionately greater attention in the international media. The encouraging fact is that many international organizations, including International Atomic Energy Agency (IAEA), reputed American think tanks, in their published reports during the preceding weeks of 2016 NSS acknowledged the practical efforts of Pakistan to ensure the safety and security of its nuclear material and facilities. In addition, the 2016 NSS provided an opportunity to Islamabad to highlight its creditable nuclear material and facility safety and security record and demand for the end of the discriminatory Nuclear Supplier Group restraints on nuclear equipment and technology transfers to Pakistan. Syed Tariq Fatemi, Special Assistant to the Prime Minister of Pakistan on Foreign Affairs categorically stated in the Nuclear Security Summit: “Pakistan has strong credentials to become a member of the Nuclear Suppliers Group and other multilateral export control regimes, on non-discriminatory basis.” It is because, it maintains a safe, secure and effective nuclear program.

Today, nuclear and radiological terrorism is not a theoretical risk. That the terrorist groups may cause nuclear havoc is a realistic threat. During the last week of March 2016, Belgium media reported alarming news that: “Two of the Brussels suicide bombers secretly filmed the daily routine of the head of Belgium’s nuclear research and development program and considered an attack on a nuclear site in the country.” On March 30, 2016, President Barack Obama wrote in an opinion piece in The Washington Post: “Of all the threats to global security and peace, the most dangerous is the proliferation and potential use of nuclear weapons. That’s why, seven years ago in Prague, I committed the United States to stopping the spread of nuclear weapons and to seeking a world without them.” He added: “Given the continued threat posed by organizations such as the terrorist group we call ISIL, or ISIS, we’ll also join allies and partners in reviewing our counterterrorism efforts, to prevent the world’s most dangerous networks from obtaining the world’s most dangerous weapons.” On April 5, 2009 in a speech at Prague, President Obama while describing nuclear terrorism as “the most immediate and extreme threat to global security,” promised to initiate “a new international effort to secure all vulnerable nuclear material around the world within four years.” In the following year he launched the NSS process.

President Obama’s commitment for the safety and security of nuclear infrastructure and material resulted in the process of nuclear security summits. The NSS provided a forum for high-level meetings during which heads of state/government deliberated for the implementation of restrictions to secure nuclear weapons, fissile material, and nuclear facilities. Precisely, the primary objective of the NSS was to improve nuclear security that prevents terrorists from sabotaging nuclear facility as well as prevent them from making and detonating a nuclear weapon/dirty bomb.

President Obama convened the first NSS in Washington, D.C., on April 12 and 13, 2010, to discuss how better to safeguard weapons-grade plutonium and uranium to prevent nuclear/radiological terrorism. It was reported that: “in the run-up to the 2010 summit, Obama’s team asked summit participants – like dinner party guests – to each bring a “house gift” when they showed up. Instead of bottles of wine or bouquets of flowers, these house gifts were pledges to take concrete action on nuclear security, such as removing HEU or signing on to one of the conventions. While many participants opted to effectively “re-gift” commitments they had already planned to make, others took significant new steps, and almost all fulfilled their pledges.” The second summit held in Seoul, in March 2012 had further strengthened the gift approach by announcing a series of “gift baskets,” or joint commitments by several states, to goals that included preventing nuclear smuggling and improving control of nuclear information. The third NSS held in the Hague in 2014 received a more serious response, i.e. “Two thirds of participants signed the Strengthening Nuclear Security Implementation Initiative. Under it, states agreed to treat IAEA guidelines as minimum standards for domestic law, and to request peer reviews of their nuclear security rules, providing a mechanism by which states could better assure the public and the international community that they were sufficiently protecting materials and facilities.” (The Atomic Science Bulletin, March 2016) The commencement of nuclear security summit had invigorated a serious discourse on the subject of nuclear terrorism. The tangible outcome of the process is that more than a dozen countries were cleared of HEU and signed on to the key international conventions.

The 2016 NSS had experienced constructive as well as distrustful happenings. It included a special session on responding to urban terrorist attacks — and a simulation of how to handle the threat of imminent nuclear terrorism. It created an action plan for nuclear security under the auspices of five international organizations: the IAEA, the United Nations, Interpol, the Global Initiative to Combat Nuclear Terrorism, and the Global Partnership Against the Spread of Weapons and Materials of Mass Destruction. In this context, the primary role was assigned to IAEA. According to the Nuclear Security Summit 2016 Communiqué: “We reaffirm the essential responsibility and the central role of the International Atomic Energy Agency in strengthening the global nuclear security architecture and in developing international guidance, and its leading role in facilitating and coordinating nuclear security activities among international organizations and initiatives and supporting the efforts of states to fulfill their nuclear security responsibilities. We welcome and support the Agency in convening regular high-level international conferences, such as the December 2016 international conference on nuclear security including its ministerial segment, to maintain political momentum and continue to raise awareness of nuclear security among all stakeholders.” Notwithstanding these optimistic conclusions, the pessimistic fact was that the Russian Federation, where some of the largest stockpiles of civilian nuclear material and second largest nuclear arsenal in the world remain, had chosen to boycott the 2016 NSS.

Importantly, the fourth and final NSS brought the process to an end on April 1, 2016. Despite the conclusion of the NSS process, the issue remains debatable, whether all high-risk nuclear and radiological materials and facilities are rigorously protected from theft or sabotage. “The Nuclear Security Summits have had a positive effect, but the strategic goal of developing an effective global nuclear security system remains unachieved,” the Nuclear Threat Initiative, an anti-proliferation watchdog, claimed on March 23, 2016. Perhaps, the four Nuclear Security Summits did not end completely the threat of nuclear and radiological terrorism. Tons of materials that terrorists could use to make dirty bombs even today remain deeply vulnerable to theft. Conversely, the encouraging concrete accomplishment is that these summits have created a realization of the threat at the highest level, which entailed various measures/initiative to prevent the misuse of nuclear material by the terrorist organizations. The nations with nuclear wherewithal have identified many areas in which cooperation and better security could help further diminish nuclear and radiological threats through the participation in NSS process. Precisely, “The Summits have also strengthened the nuclear security architecture at national, regional and global levels, including through broadened ratification and implementation of international legal instruments regarding nuclear security.

Pakistan’s Cognizance to Nuclear Safety and Security
Since 1960s, Pakistan has been endeavoring to utilize nuclear energy for its economic prosperity. Accordingly, today, it is included among a few technologically advanced countries that have been successfully using nuclear energy for power generation, boosting agriculture products – wheat, cotton, etc. – yield and in medical center for curing cancer patients. In addition, Pakistan is also employing nuclear technology for solidifying its defensive fence. Despite serious opposition by international community and destabilizing economic sanctions by United States-led Western nations; Pakistan has been maintaining its advanced nuclear program.
Pakistan’s advanced nuclear program necessities the establishment of a robust safety and security apparatus to prevent the nuclear and radiological terrorism. It has not only indigenously institutionalized safety and security system but also has continuously been upgrading it with the assistance of neutral international institutions. Today, its export controls are consistent with those being implemented by the Nuclear Suppliers Group, Missile Technology Control Regime, and the Australia Group. Moreover, the international community has acclaimed its Export Control Act of 2004.

Islamabad regularly participates in the international forums to cooperate with the international community to impede the threat of nuclear and radiological terrorism. Consequently, Pakistan’s nuclear installations are very much secure. It was reported that the IAEA has recorded 2,734 nuclear incidents worldwide, including five in India, but “not a single accident or breach happened in Pakistan.” Similarly, the Harvard Kennedy School Report released on March 21, 2016, revealed that: “US officials have reportedly ranked Indian nuclear security measures as weaker than those of Pakistan and Russia.” The report concluded that Pakistan’s nuclear security arrangements were stronger than India’s.

Pakistan assigned great importance to the safety and security of nuclear materials, nuclear facilities and nuclear weapons. Recently, therefore, it ratified an important nuclear security accord – a 2005 amendment to the Convention on Physical Protection of Nuclear Material (CPPNM). It requires states party to provide appropriate physical protection of nuclear materials on their own territory. Islamabad had participated in the four Nuclear Security Summits with a sense of objectivity. During the previous three NSS, the Prime Ministers led its delegations. Premier Nawaz Sharif announced to lead Pakistani delegation to participate in the fourth NSS. Unfortunately, due to terrorist attacks in Lahore on March 27, 2016, he cancelled his planned visit to the United States to attend the NSS. Consequently, Tariq Fatemi, Special Assistant to the Prime Minister of Pakistan, led the delegation to the fourth NSS.
Pakistan’s engagement with the NSS process was guided by four key principles: first, the NSS should not lead to new or parallel mechanisms; rather, it should help strengthen the existing arrangements. Second, the NSS should not put any additional obligations on the participating countries. Third, the NSS should maintain focus on the civil-nuclear fuel cycle, without venturing into weapons programs, which remain the sovereign prerogative of all nuclear weapon states. Fourth, NSS-related commitments, as agreed by participating states in the form of communiques and other outcome documents, would remain voluntary in nature and be guided by the states’ domestic and international obligations.

Conclusion
The critical examination of NSS process reveals the truth that Global Zero movement for the total elimination of nuclear weapons from the face of the earth is not a realistic objective in the prevalent anarchical international society. Conversely, the safety and security of nuclear material, nuclear facilities and nuclear weapons is not only imperative for global security but also a realistic agenda. Therefore, the primary objective of NSS process should not be allowed to degenerate after President Obama leaves office in January 2017.
The international security is a shared responsibility and thereby the global consensus is imperative for an effective enforceable system for securing nuclear materials to protect the world from dangers of nuclear and radiological terrorism. The participants rightly pronounced in Nuclear Security Summit 2016 Communiqué: “Countering nuclear and radiological terrorism demands international cooperation, including sharing of information in accordance with States’ national laws and procedures. International cooperation can contribute to a more inclusive, coordinated, sustainable, and robust global nuclear security architecture for the common benefit and security of all.” Hence, instead of ‘discriminatory approach’ in the nuclear realm, ‘universal approach’ shall be adopted in engaging the sovereign nations to ensure the safety and security of nuclear material and facilities.