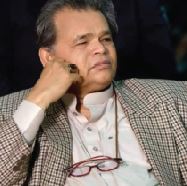 Since the creation of Pakistan, the Christian sons of soil never hesitated to sacrifice their lives for defence of motherland. They always stood shoulder to shoulder with their Muslim brethren to shed their blood for the noble cause of defending Pakistan. Pioneer of this caravan is Younus, son of Qaisar, who hoisted the green flag at Pando hills during Kashmir war in 1948.

Christian defenders always gave a firm shoulder to their Muslim countrymen whether it was Kashmir war of 1948, Indo-Pak wars of 1965 and 1971, Kargil war, 1999 or, the ongoing War on Terror. They always fought on front foot whenever the beloved homeland called them for the duty. According to the 'Shuhada Cell' of GHQ, so far 52 Christians have sacrificed their lives for Pakistan from Pakistan Army alone excluding PAF and Pak Navy. It is also encouraging to know that out of 70 Sitara-i-Jur’at of PAF, seven are Christians and, out of seven, two embraced martyrdom. Younus, son of Qaisar, from 16 Punjab Regiment showered his blood at Pando Hills; Pilot Officer Novan Theodore Fazal Ellahi embraced martyrdom at Attock; and Flight Lieutenant Edwin gave his life on duty while flying F-6 aircraft at Quetta. Out of 140 martyrs of Gayari (Siachen Sector), four were Christians namely Asif Masih, Amoon Gill, Adil Masih and Naveed Masih.

Squadron Leader Peter Christy was among the pilots who retaliated with full force during the 1965 war. As a Flight Lieutenant, he was navigator of B-57 Canberra aircraft and remained part of many successful operational missions. To honour his bravery and professionalism, the government of Pakistan awarded him ‘Tamgha-i-Jurat’ and promoted him as Squadron Leader. As 1971 war started, he was on deputation in PIA and was called back to his parent department, PAF. There were reports of air attacks on Karachi and this important city had to be defended at all costs. A Do-or-Die (DoD) mission was planned, the Christian Base Commander of Mauripur Base, Air Commodore Nazir Latif, gave a detailed briefing and two men volunteered for the mission – Squadron Leader Khusro, who had earlier retired from the Air Force but was called back, and Squadron Leader Peter Christy.

On the morning of 6 December 1971, both headed for the mission in B-57 bomber aircraft. While returning from the mission, a surface-to-air missile hit their aircraft and both embraced martyrdom. The Indian Air Force did not verify this incident and they were declared “Missing in Action” and later 'Martyred'.

Wing Commander Marvin Lesley was commissioned in 1954. During 1965 war, then young Flight Lieutenant Marvin Lesley Middle Coat (known as Commander Lesley) was deployed at Masroor Base Karachi. When the enemy attacked Karachi, he was among those flying the F-86 aircraft. He destroyed two aircraft of the Indian Air Force (IAF) and was known as “Defender of Karachi” for his bravery and professionalism. At Lahore Air Base, he was given the charge of 9 Squadron where he held the spirit of his troops high by leading from the front. He flew 17 sorties and three photo reconnaissance missions. The government awarded him ‘Sitara-i-Jurat’. It is noteworthy that he left his attractive deputation at Jordan and voluntarily rushed back to Pakistan as the 1971 war started. On 12 December 1971, together with his colleagues when he completed his mission, an Indian MiG 47 Squadron attacked them. He took a lower flight and saved his aircraft from two missiles but when he reached near Gulf of Kuchh, another missile hit his aircraft. According to IAF Flight Lieutenant Bharat Bhoshan Soni, who hit his aircraft, he saw him ejecting from the aircraft and falling in the deep sea and asked the headquarters to send a rescue team. When rescue team reached, Commander Lesley was found nowhere. He was declared “Missing in Action” and was again awarded ‘Sitara-i-Jurat’.

On the same day, on 12 December 1971, another young man aged 19 was writing the story of valour with his blood. Second Lieutenant Daniel Utarid volunteered for the most difficult task when he passed out from PMA, Kakul and went to a deployed unit in Sylhet, East Pakistan. On the morning of 13 December 1971, his Company returned from a night-long difficult mission. As he was having breakfast with his batman, he received the news of the enemy attack on a platoon of 31 Punjab that bore heavy losses. He got his soldiers ready and immediately reached the front. He was severely injuried during an encounter and three bullets were removed from his chest during surgery. He requested the surgeon to give those bullets to his mother as a souvenir. He was recommended for ‘Sitara-i-Jurat’. Captain Michael Wilson fought the enemy at Chamb Sector in 1971 war and got injured in a tank accident on 21 November 1972 and later embraced martyrdom.

Since the beginning of War on Terror, the Christian soldiers have participated shoulder to shoulder with other Pakistani soldiers. Martyr of Nawazkot, Major Sarmas Rauf, Tamgha-i-Basalat is one of them, who sacrificed his life for the motherland. He got commission in 1987 in 44 FF and out of 20 years of his service; he spent 17 years in the border areas of Sialkot, Kashmir, Siachen and Waziristan. He never preferred his personal comfort over the defence of country. Major Sarmas Rauf was serving at the Line of Control during Kargil war 1999. He was posted from 44 FF to FC NWFP (later FC KPK) on 3 January 2006.

Eversince the start of Operation Al-Mizan, 3 Wing Bajaur Scout had taken part in it and destroyed many important hideouts of the extremists. When his wing took responsibility of Nawazkot, Major Sarmas Rauf proved a strong leader against miscreants. Four days before his martyrdom, an important terrorists commander, his son and several accomplices were killed in an operation. To take the revenge, the terrorists laid siege of Nawazkot post and blocked the routes of supply. Under his command, the soldiers put up great resistance and caused major losses to the enemy. During the same operation, he was hit by an RPG 7 round. He initially got injured and due to excessive bleeding, passed away later. The martyr was awarded Tamgha-i-Basalat.

At the time of documenting these sacrifices by Christian Martyrs and achievements by Christian Ghazis, I have full faith and conviction that Christian sons of this soil have proved their worth whenever needed by the motherland. Out of the many Christian soldiers, 60 have laid their lives for Pakistan in total, whereas, seven are Sitara-i-Jurat, three are Tamgha-i-Jurat and four are Tamagha-i-Basalat. It was a pleasant surprise for me when I found out that Pakistan Army also looks after the families of Christian Martyrs with equal great care and responsibility and never forgets them. Mrs. Delsea Christie (widow of Peter Christie), Mrs. Rubina Sarmas Rauf (widow of Sarmus Rauf), Miss Lesley Middle Coat (daughter of Middle Coat) were all full of Praise for armed forces for taking care of the families and not forgetting them.