6 September is a reflection of our national unity, undeterred resolve and continued trust of the nation in Pakistan Armed Forces. It is commemorated every year to honour the heroes of 1965 War and pay tribute to the martyrs who set examples of utmost valor and patriotism. The nation comes together to honour the gallants of men and women from the Armed Forces, Law Enforcement Agencies and the Civil Society who laid down their lives for national prestige and defence spanning over geographical expanse and ideological frontiers. On this day, 53 years ago, Indian forces had crossed the international border, but Pakistan Armed Forces and the nation foiled the nefarious designs of the enemy. Looking towards the future, on this day we resolve to work together for stability and development of the country.

The ceremony began with recitation of the Holy Quran by Qari Saadat, followed by the national anthem. It featured documentaries, national songs and testimonials of NOKs. Speeches by the Prime Minister and COAS Gen Qamar Javed Bajwa, beautiful narration by anchors, the songs sung by the singers and short documentaries played during the event carried the spirit of the day; of remembering our martyrs and drawing the strength of a unified nation to keep the motherland safe from every threat.
Both the Prime Minister and COAS stressed upon the importance of presenting a united front and guarding the interests of the country without any compromise; reiterating their resolve to take the country forward.

Addressing the ceremony, COAS said, “6 September is an important day in the country’s history. It is a day of solidarity with martyrs of Pakistan. Our forces and nation have rendered countless sacrifices in the war against terrorism as well.” Noting that more than 76,000 Pakistanis were martyred and injured in this war, COAS vowed to collectively fight the menace of terrorism. He said that ‘living nations do not forget their martyrs’.

"Our armed forces and the entire nation have learned much while serving Pakistan. Fear and terrorism were thrust upon us. Our homes, schools, places of worship, recreational sites and national institutions were attacked. Efforts were made to weaken and divide us from within. But I salute all the citizens of Pakistan and the ones safeguarding our nation who fought remarkably in these difficult times and stood against such elements.... We have sacrificed a lot but our job is not done. The war is still ongoing. We have yet to reach the pinnacle of peace. We have to make Pakistan reach a level where no one can look at us with an evil intent," COAS said in his stirring speech.

COAS further paid a tribute to the Kashmiri brethren for their struggle for the right to self-determination.
COAS’ address was followed by wreath-laying by the PM. In his address, the Prime Minister Imran Khan  shared that he still remembered the 1965 War and acknowledged the passion of the nation during wartime. He said, “The country will not be part of anyone else's war.” The premier said that he was against the involvement of armed forces in any foreign war from the very first day. He also said, “If there is one functionally intact institution in Pakistan, it is Pakistan Army.
The Pakistan Army is functioning at its best because of no political interference and its priority for merit. Political interference destroys institutions. We will bring this meritocracy to all fields in the country in order to help us prosper as a nation."
The event came to an end with the Military Band’s solo performance and the hosts of the event joining Atif Aslam for the theme song of this year “Humain pyar hai Pakistan se” mirroring national resolve and our commitment towards progress, security and prosperity of the country. 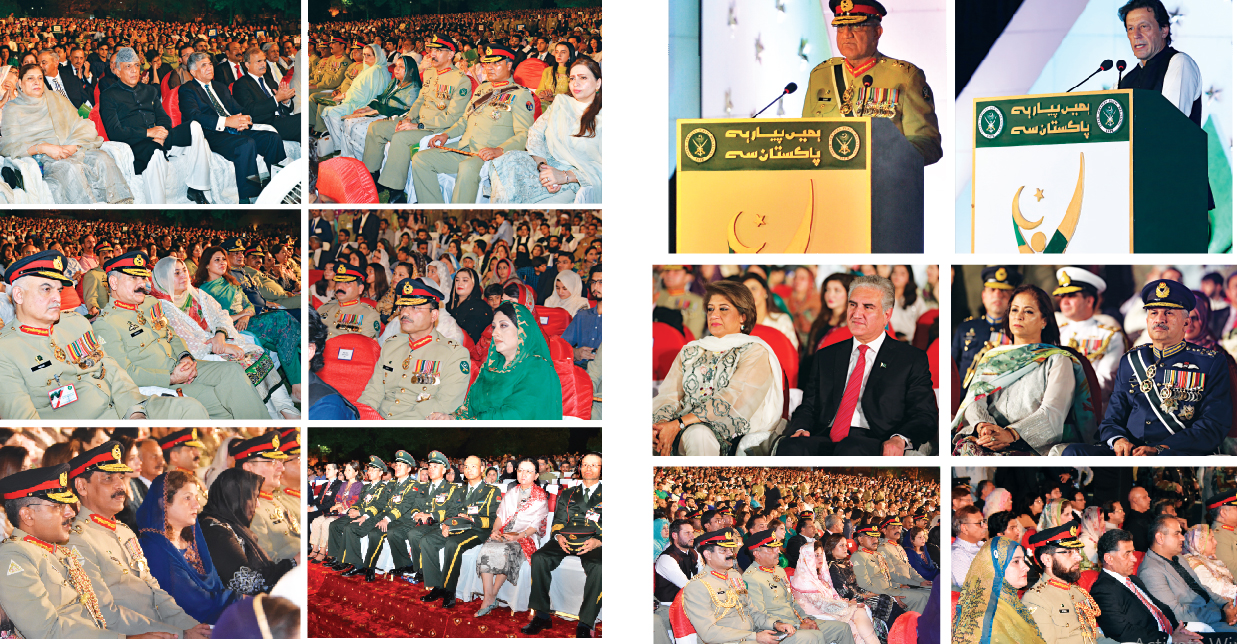 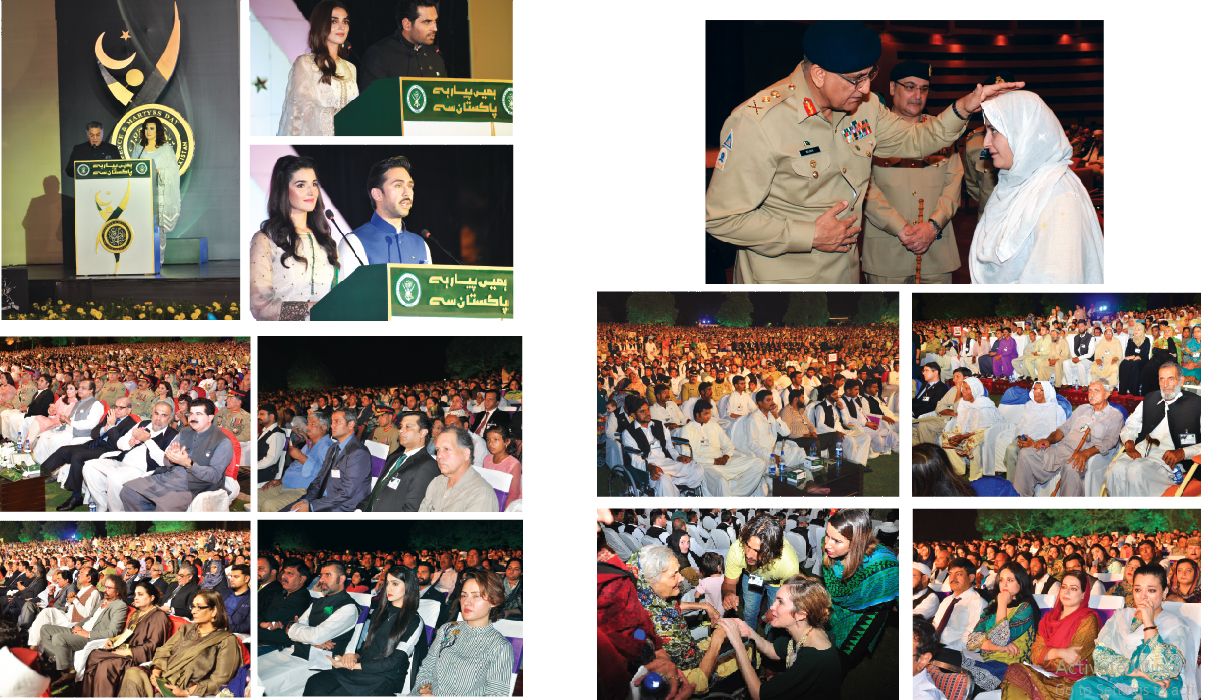