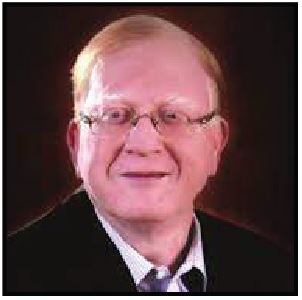 Myths Surrounding the Creation of Bangladesh

Fabrication of 95,000 PoWs, three million killings and other myths of 1971 depict the hyperbole propaganda carried out to malign Pakistan Army despite the presence of multiple evidences that denounce such claims.

The genesis of Bangladesh’s creation can be traced to the vicious desire of India to dismember Pakistan right from the day it came into being on August 14, 1947. Gandhi, in his address of July 1947 to Congress Party of Bengal, had said, “Congress was opposed to Pakistan and that he was one of those who have steadfastly opposed the division of India”. Similarly, Nehru, on the eve of partition remarked, “India accepted the partition with the conviction that the new state was not viable and would collapse in a short time”.
India got fertilized ground for her machinations in dismembering Pakistan due to mishandling of the national language issue by the Central Government of Pakistan and the hegemonic attitude of West Pakistani politicians which had sown the seeds of marginalisation and alienation in the Bengali population of East Pakistan. The question of the official language was settled as late as in 1956, after having created huge discontent in East Pakistan. Furthermore, there was a great sense of deprivation and exploitation in East Pakistan and the general feelings of East Pakistanis were so developed by Indian propagandists that they were being systematically colonized by West Pakistani imperialism and complained about unequal growth and development between both wings.

In pursuance of her goal to isolate Pakistan diplomatically, India approached almost all major powers, persuing them to support its policies and on August 7, 1971, they signed a treaty of Peace, Friendship and Cooperation with the USSR. The treaty entailed USSR’s support to India in the event of a war with a third party.

To propogate the stance of the provincial government of Bangladesh, a separate Bangladesh radio, Free Bengal Betal Kendra, was also established under the supervision of RAW.

India cleverly created, and later capitalized, on the abovementioned discontentment of East Pakistanis and chose Sheikh Mujibur Rahman, the Awami League leader, as a useful tool to accomplish their desire to dismember Pakistan. India established successful contact with Mujib in 1962. Mujib continued his meetings with the Indian Intelligence Bureau (IB) and other intelligence officials frequently and held numerous meetings with Prime Minister Indira Gandhi as well. One such meeting was held at Agartala where, in fact, the germ of dismemberment of Pakistan was conceived in an organized manner. It was in July 1967 that Inter-Services Intelligence (ISI) came to know about the conspiracy to dismember Pakistan hatched at Agartala between Research and Analysis Wing (RAW) and 35 members of the Awami League, including Mujib. The plan to dismember Pakistan was delayed because of the Indo-China War of 1962 and later the Indo-Pakistan War of 1965. The Agartala Conspiracy case was eventually filed in 1967 by the Government of Pakistan, however, it was withdrawn in 1969 due to immense countrywide political pressure generated by Zulfiqar Ali Bhutto.
The Agartala Conspiracy skyrocketed Mujib and Awami League’s popularity, and Awami League entered the general elections of December 1970 on the basis of hatred against West Pakistan. There was massive electoral rigging in East Pakistan and the Awami League miscreants ensured that no voter would be allowed to cast a vote for their opponents. The ballot boxes were stuffed in advance and thus it succeeded in winning 160 out of 162 seats in East Pakistan.
India, in the meantime, took practical steps to isolate East Pakistan from West Pakistan. First, India staged the drama of hijacking of its plane in January 1971 to isolate East Pakistan from West Pakistan by suspending all air route communication between East and West Pakistan over its air space.
On account of the repeated postponement of the National Assembly session, Mujib ordered a non-cooperation movement on March 1, 1971 and ordered his party’s miscreants to burn the national flag and create chaos, rioting all over the province, and on March 25, 1971, he declared the independence of Bangladesh.
On March 26, 1971, Pakistan took military action through Operation Searchlight to stop the ongoing riots and chaos created by the militants of Awami League. India created refugee camps along the border of East Pakistan in order to attract international support. According to a noted Indian journalist, Kuldip Nayar’s version in his book, Distant Neighbours, “Eighty five percent of those Bengalis who left East Pakistan were Hindus who would have gone away to West Bengal after partition in 1947 in any case”. The Indian intervention in reality was not political, but was a vicious, planned attack on Pakistan’s sovereignty. Even Indira Gandhi openly confessed in an interview to a French television on November 8, 1971, that the “Independence of Bangladesh, Free Bangladesh was inevitable…. India would not permit the return of refugees until Sheikh Mujib was released.” Thus, the refugee conundrum was more of an Indian construct not only to win international support but also to organize and train the Mukti Bahini to effectively carry out terrorist activities and later on support the Indian Army in the war in East Pakistan.
In pursuance of her goal to isolate Pakistan diplomatically, India approached almost all major powers, persuing them to support its policies and on August 7, 1971, they signed a treaty of Peace, Friendship and Cooperation with the USSR. The treaty entailed USSR’s support to India in the event of a war with a third party.
In pursuance of the orders of Indira Gandhi, it was decided to set-up a provincial exile government of East Pakistan/Bangladesh in Calcutta. It was April 14, 1971, that the exiled Bangladeshi government was formed in a house at 8 Theatre Road, Calcutta, with its name as ‘Mujib Nagar’ giving an impression that it was a separate territory. To propogate the stance of the provincial government of Bangladesh, a separate Bangladesh radio, Free Bengal Betal Kendra, was also established under the supervision of RAW.

Senior Bangladeshi politicians and military officials have already accepted on various occasions that their independence was achieved with help from India.

Thus, India had effectively equipped herself before entering into war with Pakistan, and finally, on the night of November 20 and 21, 1971 India attacked East Pakistan which was already isolated from West Pakistan as stated above. The Indian forces, comprising 3 Corps and 9 divisions from the west and another 2 Corps of 6 divisions from the east, moved into East Pakistan from all directions and the Pakistani forces comprising only one Corps with three divisions and a total of only 34,000 fighting troops surrendered on December 16, 1971 as it was not possible for 34,000 Pakistani troops to fight against the combined strength of 200,000 Indian Army and more than 150,000 Indian-trained Mukti Bahini guerillas.
From the above narrative, it can fairly be concluded that India followed a multipronged strategy to dismember Pakistan by utilizing the political, economic, social and geographical gap between the two wings and by preparing Mukti Bahini militarily and by a military intervention in East Pakistan.
Senior Bangladeshi politicians and military officials have already accepted on various occasions that their independence was achieved with help from India. Major General Z. A. Khan (R), former Director DGFI of Bangladesh, in March 2005 stated, “There is no doubt that RAW played a vital role during our liberation war, but their motive was to divide Pakistan at any cost to weaken their arch rival [Pakistan]. Their hidden objective is to establish an undivided India, which they call Akhand Bharat Mata,” and Shawkat Ali, Deputy Speaker of Bangladesh Parliament said on December 17, 2011, “I would give hundred per cent credit to India for the liberation of Bangladesh”.
Our conclusion that India created Bangladesh is further strengthened by Indian Prime Minister Modi’s blurb that, “We fought for Bangladesh’s ‘swabhimaan’ (honor)… alongside Mukhti Jodha (Mukti Bahini)… for Bangladesh… Indians were fighting side-by-side with them and in a way helped realize the dream of Bangladesh”; and that, “Indian soldiers fought alongside Bengali Guerillas and regular armed resistance forces during the nine month war.” The dismemberment of Pakistan was achieved by India with the help of former Soviet Union, Israel and other anti-Pakistan forces.

Abdul Mumin Chowdhury in his book Behind the Myth of Three Million, published in 1973, reported that this Commission was comprised of representatives from the Army, Border Security Force, Rangers, Police and Civil Administration. Despite their best efforts, this Commission completely failed to locate any mass graves or other evidences of any kind.

The Commission then conjured up a figure of a 56,743 deaths. Mujib showed great displeasure at the Commission’s findings and disbanded it, stating, “I have declared three million dead, and your report could not come up with three scores thousands! What report you have prepared? Keep your report to yourself. What I have said once shall prevail”.