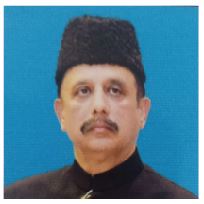 For almost two decades now we have witnessed growing attacks and criticism regarding Pakistan’s defense budget and spending. Myths have been created that Pakistan Armed Forces eat up about 70 to 80 percent of our total budgetary allocations. Similarly, assertions have been made that the defense budget of Pakistan has been rising exponentially over the last two decades and Pakistan spends more money on defense than any other country in the region. A segment of mainstream media and social media is rife with assertions that the cumulative effect of defense spending is the major cause of national poverty and lack of development in Pakistan. Since Pakistan is going to announce its next federal budget for year 2021-22 in June 2021, it is pertinent that we evaluate all the proclamations mentioned above, find the truth and highlight the actual motives that why these perceptions have been created.
Comparative Defense Budgets – An Overview 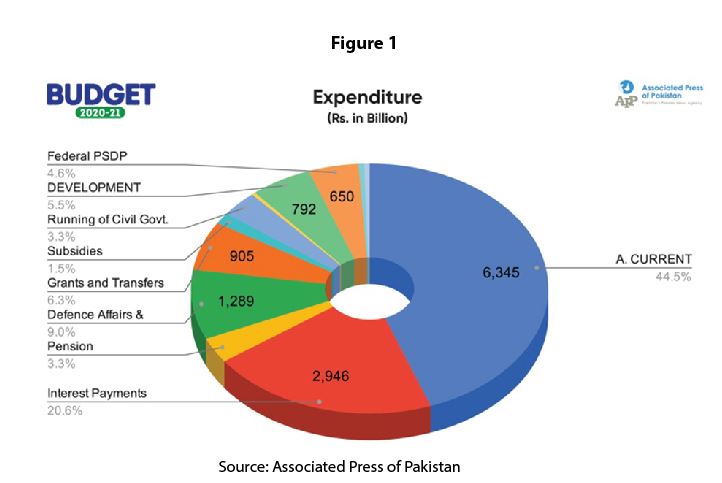 In order to establish facts, an independent research regarding Pakistan’s defense budget was conducted. The defense budget of Pakistan was also compared with its arch-rival India. The major findings of the research are shared in the succeeding paragraphs.
The perception that 70 to 80% of budget goes to the Armed Forces of Pakistan is absolutely untrue. In 2020-21 Federal Budget, Defense Affairs and Services were allocated Rs. 1,289 billion out of total budgetary expenses of Rs. 7,295 billion. This meant that defence comprised of 17.669 percent of the total expenses and 82.330 percent of all government expenses were non-defence related.1
India’s military expenses have risen significantly over the past few decades. Spanning three decades between 1990 and 2020, its spending grew by 259 percent. At present, India has the third largest military spending in the world.  In 2020, India spent some USD 71.1 billion on defense amid the COVID-19 crisis. In the same year, India’s poverty showed the highest growth rate in its history. The United Nations estimated the number of the certified poor in the country to be 364 million in 2019, or 28 percent of the total population, highest in the world.2 Pakistan ranks 24th in military spending globally. During the corresponding period (that is between 1990 to 2020) Pakistan’s defense budget only increased by 70 percent in 30 years.  Given the annual inflation of 3 percent, the overall defense budget of Pakistan has shrunk. At present, Pakistan trails far behind India in defense resources; its financial provision is almost 7 times less than that of India’s defense spending. 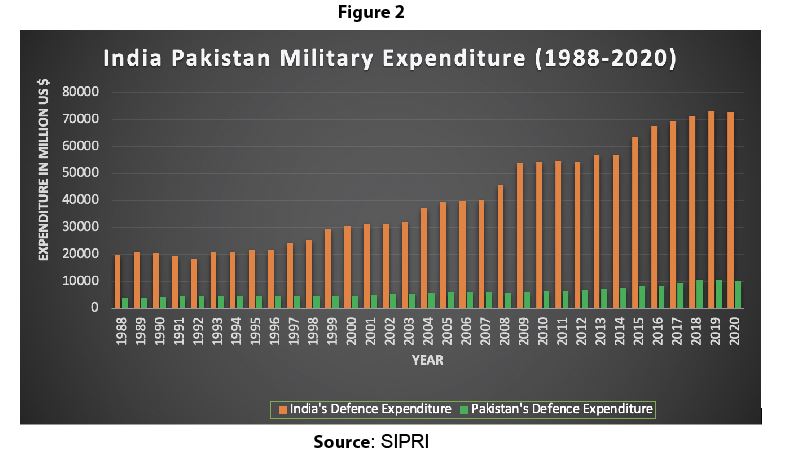 Similarly, Pakistan does not rank amongst the top 15 countries with the highest GDP percentage spent on defense. Pakistan spent less than 4% of its GDP on defence in 2020. Though Pakistan’s military expenditure as a share of GDP has fluctuated substantially in recent years, it tended to decrease through the 1987-2020 period, as it was 6.9% in 1987 and is at 4% in 2020,3 therefore, Pakistan’s defense spending as percentage of GDP is also on the decline. Majority of the countries in the region which have a much lower existential threat are spending much higher amounts of GDP percentage on defense as compared to Pakistan. The same is tabulated below. It may be noted that Israel, another ideological state, is spending 5.2 percent of its GDP on defense.
As far as per solider expenditure is concerned, the top five per capita spending per solider are carried out by Israel (USD 2,400), United States (USD 2,220), Singapore (USD 1,930), Kuwait (USD 1,830) and Saudi Arabia (USD 1,805), Pakistan surprisingly only spends USD 47 per solider.4 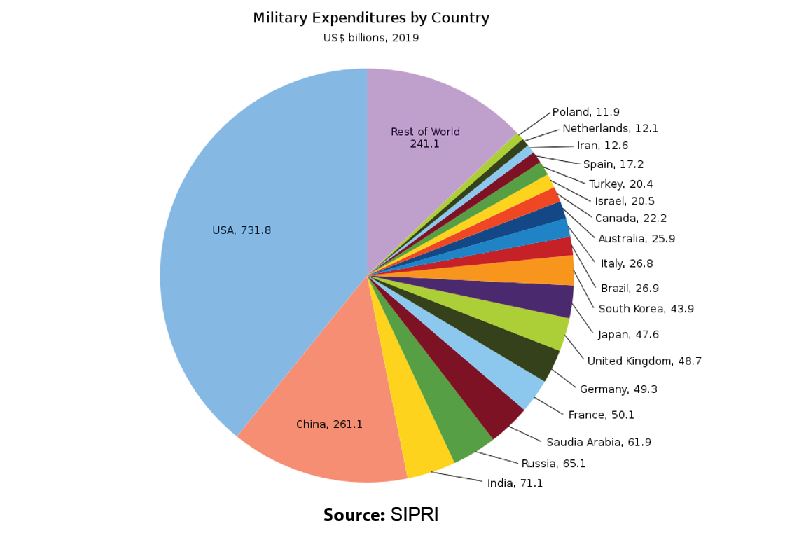 Genesis of India-Pakistan Conflict and the Need for Strong Defence Forces
Muslims ruled the sub-continent for centuries only to be dislodged from power by the British colonial rule at the start of 19th century. Pakistan was created on the basis of the Two Nations Theory, an ideology that Hindus and Muslims were two separate nations, with their own customs, religion, and traditions, therefore, from a social and moral standing, Muslims were to have their own separate homeland outside of the Hindu-majority India. The Hindu leadership of Indian Congress and United Kingdom agreed to the terms of the partition of the subcontinent in 1947 on the basis of religion. The modern Islamic Republic of Pakistan emerged on 14th of August 1947 (27th of Ramdan, 1366 Hijri of the Islamic calendar) based on an ideology. Pakistan, at the time of independence, comprised of two wings, namely West Pakistan and East Pakistan; with provinces of Balochistan, the North West Frontier Province (NWFP), West Punjab, Sindh and East Bengal respectively.
At the time of partition, Kashmir was a princely state, and its Muslim-majority population was ruled by a Hindu Maharajah named Hari Singh. As per the agreed principle of partition, all the contiguous Muslim majority areas, including Jammu and Kashmir should have been merged into Pakistan, however, Hari Singh delayed the announcement of accession of Kashmir to Pakistan, resultantly, his Muslim subjects rebelled against him. In Jammu, Kashmiri Muslims were killed by Sikhs and Hindus in areas where they were in majority. The editor of The Statesman, Ian Stephens stated that 500,000 Muslims, “the entire Muslim element of the population”, was eliminated and 200,000 “just disappeared”. It means that at least 200,000 were killed and the rest fled to West Pakistan.5 In these circumstances, Pathan tribesmen from erstwhile Federally Administered Tribal Areas (FATA) of Pakistan waged Jihad to save their Muslim brethren and entered the state on October 22, 1947. Seeing the freedom fighters, Hari Singh panicked and requested India for help. Indian Prime Minister Nehru sent in 100,000 troops to crush what he claimed was an invasion of Indian territory. The Indian troops, which were airlifted in the early hours of October 27 secured Srinagar airport. The result of this invasion was that subsequently Pakistan and India went to war. A UN commission called for the withdrawal of both countries’ troops in August 1948. The United Nations brokered a ceasefire in 1949, and a five-member commission made up of Argentina, Belgium, Columbia, Czechoslovakia and the United States drew up a resolution declaring Jammu and Kashmir a disputed territory, calling for a referendum to decide Kashmir’s future through plebiscite.6 The United Nations also determined the ceasefire line between the opposing forces. 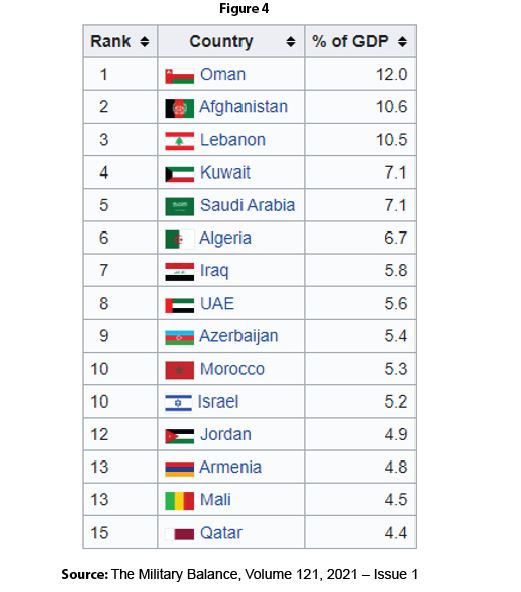 The writer is a retired Vice Admiral of Pakistan Navy and was the Ambassador of Pakistan to Maldives.
Email: [email protected]