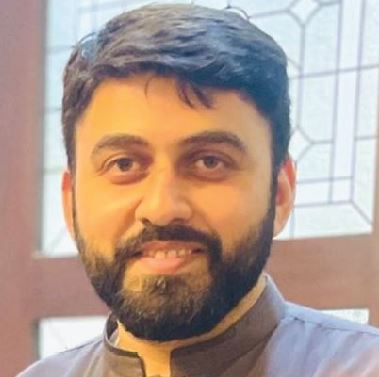 Military diplomacy has helped Pakistan to enhance and strengthen the bilateral and multilateral relations with various nations. Joint military exercises, competitions and troops contributions for global peace have augmented Pakistan’s image as a responsible country. 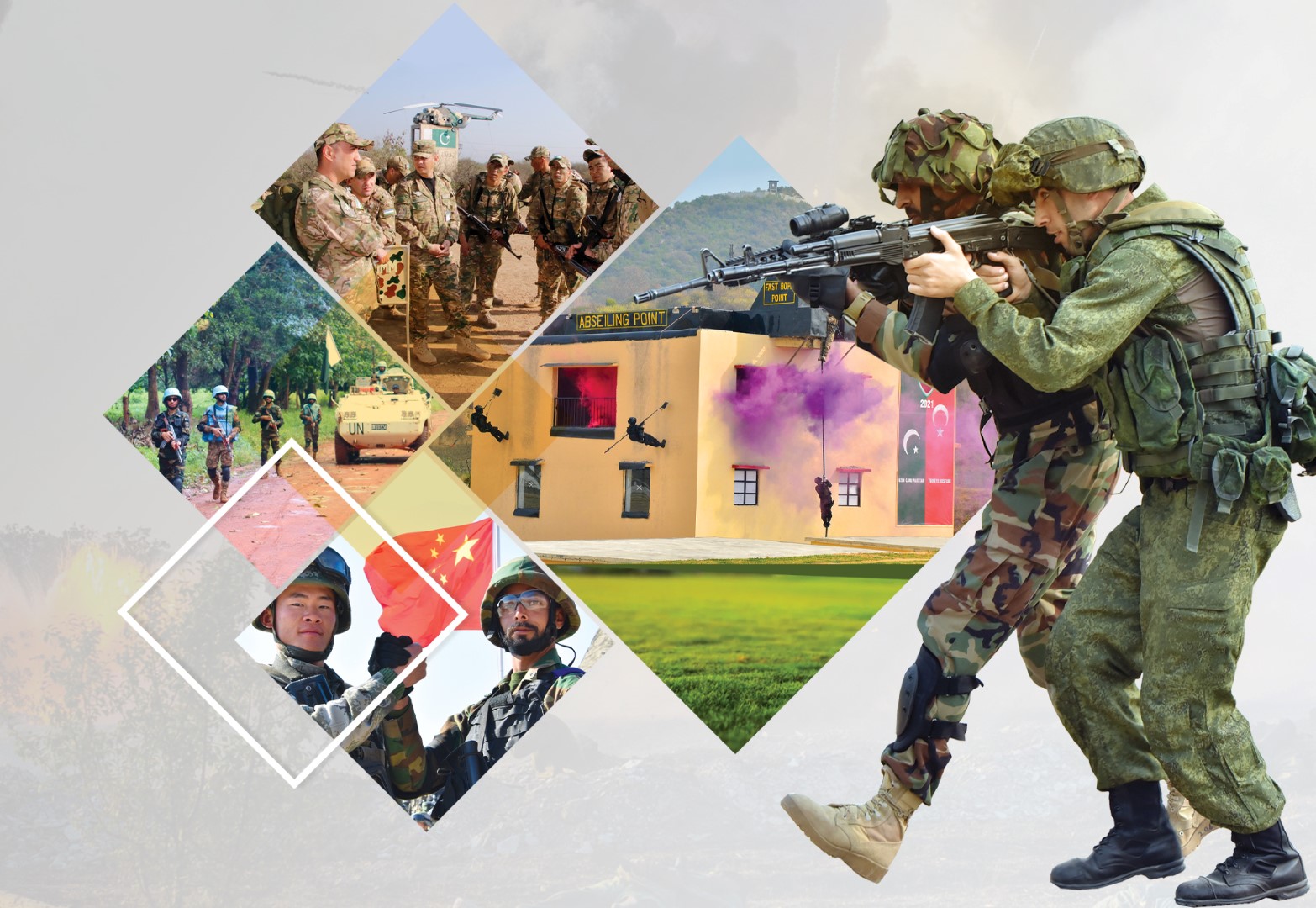 The current global political system requires states to attain their national objectives through soft power apart from the conventional use of hard power. Military's mandate thus goes beyond the realm of traditional hard power and includes supporting government initiatives to accomplish national policy goals as well. In the light of Pakistan's current situation and geopolitical significance, the military diplomacy formula has helped bolster our ties with other nations. The efforts by Pakistan Army were aptly complimented by The Royal United Services Institute (RUSI) as “more action, fewer words”.
Joint Military Exercises
The combined military exercises with multiple nations paved the way to further national, economic, and diplomatic objectives, improving the overall relations with these countries. Relations with Russia were also revived as a result of successful military training and exercises.  A few of these major exercises include Pak-Jordan joint exercise, Fajr-ul-Sharq 1, in December 2016, 8 weeks long Counter Terrorism Training of Nigerian Special Forces Battalion by Pakistan Army Special Service Group (SSG) team in Tarbela in June 2017, Joint exercise, Druzhba 2017, between special forces of Pakistan and Russia, conducted in Minralney Vody, Russia in September 2017, Pak-Saudi special forces joint counter-terrorism exercise Al-Shehab-2 in December 2017, Pak-China joint military exercise Warrior-VI 2018 in December 2018, sixth bilateral exercise Sea Guardians-2020, between Pakistan Navy and People’s Liberation Army (PLA) (Navy) in January 2020, Pakistan-Bahrain joint Exercise AL BADAR-IV 2020, February 2020, ATATURK-XI 2021, Joint Special Forces exercise between Turkish and Pakistani forces in February 2021, and Pakistan-Morocco Bilateral Joint Exercise-2021 in October 2021. 46 countries took part in Naval exercise Aman-21. NATO allies, like the U.S. and the UK, also took part alongside Russia in Aman-21. Under the auspices of the Pakistan Navy, divergent forces have shared counterterrorism strategies, recognizing that the threat of terrorism is bigger than any single state. In March 2022, the U.S. and Pakistan Air Force held a joint exercise, Falcon Talon 2022, at an operational base of Pakistan Air Force.
Conduct of International Competitions
As growing military powers engage in international military games to assess the perceptions and motives, competence, and conflict activities of leading military powers in the international system, Pakistan Army takes the lead in arranging such competitions to guarantee Pakistan's relevance and stability. From November 1-7, 2021, the 3rd International Physical Agility and Combat Efficiency System (PACES) competition was held in Lahore under the arrangements of Pakistan Army. Contingents from six countries comprising 107 military personnel including Iraq, Jordan, Palestine, Sri Lanka, Uzbekistan, and the United Arab Emirates (UAE) took part in the mega event. The event showcased Pakistan as a peaceful and sports-loving nation and projected the true face of our country.
The ceremony of the 53rd World Military Shooting Championship (Shotgun)-2021 was held in Lahore under the auspices of Conseil International du Sport Militaire (CISM), commonly known as the International Military Sports Council. This was the second time Pakistan held an international military championship. Over 50 participants, including 41 international shooters from Russia, France, Sri Lanka, Palestine, and Kenya participated in the event with the motto ‘Friendship Through Sports’. Moreover, officials from Guinea, Iran, and Nepal were also present. Representatives of CISM, a large number of dignitaries, diplomats, and spectators witnessed the colorful and impressive opening ceremony.
On March 7-9, 2022, the fifth international Pakistan Army Team Spirit (PATS) Competition-2022 was held at the National Counter Terrorism Center in the mountainous town of Pabbi. Eight Pakistani and eight international teams, including Jordan, Morocco, Nepal, Turkey, Uzbekistan, Kenya, Saudi Arabia, and Sri Lanka, participated in the competition. Pakistan Army team won the gold medal in the international “Adventure Competition” held in Nepal from March 18 to 21, 2021. The competition was aimed at testing the physical endurance and mental agility of participants and included cross-country running, cycling, and rafting. 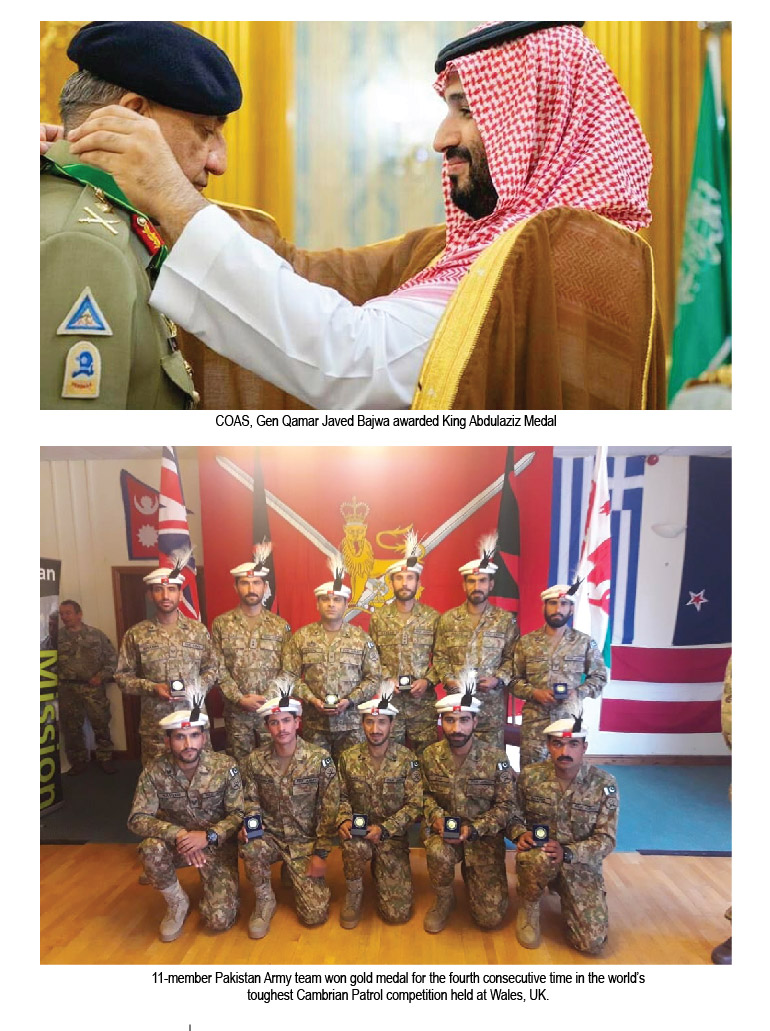 In October 2017 and October 2018, Pakistan won Gold Medals in “Exercise Cambrian Patrol” which was held in the UK. 134 teams from 31 countries participated in the exercise. On October 14, 2020, Pakistan Army won an international military drill competition known as the Pace Sticking Competition held at the Royal Military Academy in Sandhurst, UK, for the third time in a row. Pakistan Army first participated in the event in 2018.
Pakistan Army swimmer, Bisma Khan won Silver Medal in the 13th South Asian Games held in Nepal from December 1-10, 2019. Pakistan Army Tennis players, Haiqa Hassan and Hoor Fawad won Silver Medal in South Asian Junior Table Tennis Championship (Double) and Muhammad Ahmed won Silver Medal in “South Asian Junior Table Tennis Championship (Single)” held in the Maldives from May 7-10, 2022.
Pakistan Services contingent comprising six Boxers: 4 Army, 1 Navy, and 1 Pakistan Air Force, participated in 58th Conseil International du Sports Militaire (CISM), World Military Boxing Championship held in Moscow, Russia from September 16-25, 2021. 39 countries participated in the championship and Pakistan Army Boxer, Sepoy Bilawal Zia, ex-21 Supply and Transport Battalion won Bronze Medal.
Contributions to United Nations Peacekeeping Operations
Pakistan, which firmly believes in the principles of the United Nations (UN) Charter, has, since 1960, been actively participating in the UN multinational efforts to maintain peace and order around the globe. Pakistani peacekeepers have excelled in going beyond the call of duty to aid humanity, build institutions and promote peace. Their performances have been acclaimed by the UN and world leaders alike and have fostered everlasting bonds of respect and friendship. UN peacekeeping missions have both promoted the diplomatic clout of Pakistan at the UN and the soft power of its Army worldwide.
Since 1960, during its long association with UN peacekeeping missions, Pakistan has contributed 200,000 troops and its 168 peacekeepers, including 24 officers, have laid down their lives in service of peace. This is its most tangible assistance to the UN's efforts to maintain international peace and security. Along with continuous efforts to promote peace, Pakistan’s endeavour of rescuing 2,000 people in the Congo floods and the services of women peacekeepers in the fight against COVID-19 were widely hailed.
Pakistan is the 5th largest contributor of uniformed personnel to the global peacekeeping operations, currently deploying more than 4,462 military and police personnel to the UN operations in Abyei, the Central African Republic, Cyprus, the Democratic Republic of Congo, Mali, South Sudan, and Western Sahara.
Pakistan has also deployed 15 percent female SOs in UN missions, which is an important benchmark. Moreover, a female engagement team was deployed in July 2019 in Congo comprising 20 officers that came from different arms/services. On May 26, 2022, six Pakistani peacekeepers were awarded posthumously by UN at a ceremony. Six Pakistani peacekeepers are among the 117 peacekeepers that have been awarded the UN medal for sacrificing their lives for the cause of peace. Five of them belong to Pakistan Armed Forces: Tahir Ikram, Tahir Mehmood, Mohammad Naeem, Adil Jan, Mohammad Shafiq, along with one civilian, Ibrar Syed.
On August 13, 2013, the then UN Secretary-General, Ban Ki-Moon during the inauguration ceremony of the Centre for International Peace Studies (CIPS) in Islamabad said: “More than 100 countries contribute troops and police for UN peacekeeping missions. Pakistan is number one. It is impossible to speak about the history of UN peacekeeping without highlighting such contributions of Pakistan.”
During the current UN Secretary-General’s visit to CIPS on February 17, 2020, paid tribute to 157 Pakistani peacekeepers who sacrificed their lives to protect some of the most vulnerable people in the world. He remarked that “Pakistan is one of the most consistent and reliable contributors to peace efforts around the world. I have seen for myself the professionalism, and the commitment of Pakistani military, police, and civilian personnel in our missions and I thank you for your important contribution to creating a safer and more peaceful world. Pakistan is the first country to endorse the Declaration of Shared Commitments on Action for Peace-A4P. Pakistan is a leader in championing women peacekeepers and an example for other troop contributors.”
Pakistan’s participation in peacekeeping activities of the UN reflects its belief in the brotherhood of mankind and its commitment to peace across the globe. The contributions it has made in this regard bespeaks its desire to see the principles of human dignity, freedom, and self-determination applied to all the peoples struggling to secure their inalienable basic rights.
Being the flagbearers of courage and determination against the War on Terror, Pakistan Army is leaving its mark on African soil as well, becoming a living example of Quaid’s words, “Our objective should be peace within and peace without. We want to live peacefully and maintain cordial and friendly relations with our immediate neighbours and with the world at large. We have no aggressive designs against anyone. We stand by the UN Charter and will gladly make our full contributions to the peace and prosperity of the world.” Moreover, he said: “We are prepared to make our utmost contribution to the promotion of peace and prosperity among the nations of the world. Pakistan will never be found lacking in extending its material and moral support to the oppressed and suppressed peoples of the world and in upholding the principles of the UN Charter.”
Foreign Military Cooperation
Some foreign military cooperation includes the operation of China-Pakistan Joint Committee of Cooperation, enhanced military-to-military cooperation with China – establishment of the 2+2 Forum in 2018, Revival of the CT forum and International Military Education and Training Program (IMET) with the U.S., initiation of Army level staff talks with China, Turkey, Saudi Arabia, Russia, Indonesia, and Malaysia, the establishment of first hotline mechanism between 10 Corps HQ and Chinese PLA Xinjiang, enhanced defense partnership with the Kingdom of Saudi Arabia; deployment of aerial defense, tactical fighter aircraft, and Unmanned Aerial Vehicle (UAV) squadron, new deployment for UN peacekeeping operations in Mali, South Sudan and Abyei and induction of women peacekeepers, provision of relief/medicine to friendly states like Lebanon, Azerbaijan, Afghanistan, and Ukraine, and assistance in the evacuation of 5,09,768 foreigners through land/air routes after the hasty U.S. withdrawal from Afghanistan in August 2021.