Muslims living in India suffered widespread discrimination and violence even during the so-called golden days of Indian secularism, but with the rise of Narendra Modi in power even this façade has evaporated. Now, it is the unapologetic rule of extremist Hindu bigotry and the state-sanctioned and state-sponsored terrorism directed against Muslims, who comprise around 14 percent of India’s 1.36 billion population. 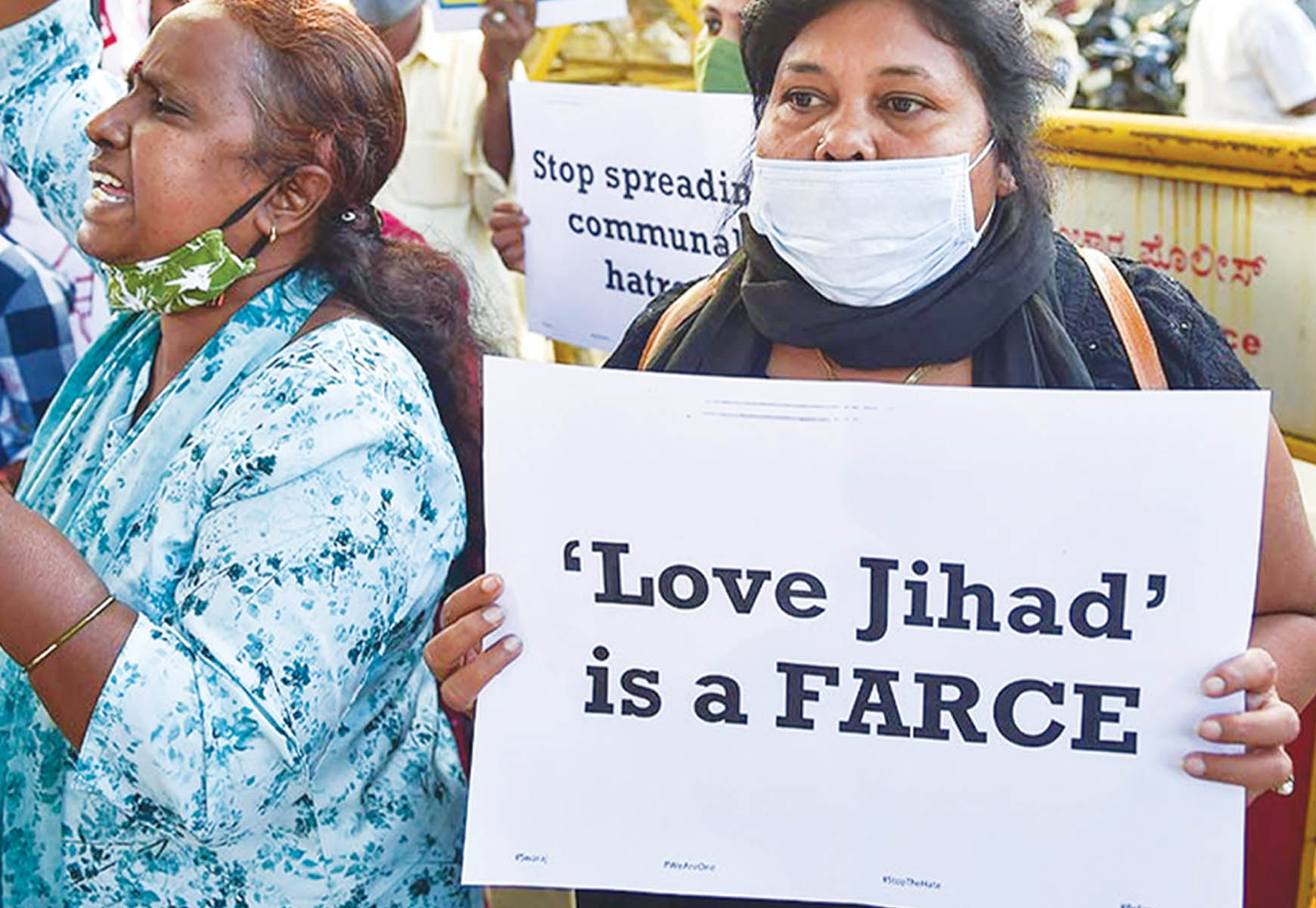 The latest excuse – fabricated by the right-wing Hindu groups to target Muslims – is the phantom of “Love Jihad” by which they mean that Muslim men lure Hindu women for marriage with an aim to convert them to Islam.
The ruling Bharatiya Janata Party (BJP) and its far-right Hindu allies are whipping up emotions of Hindus in the name of “Love Jihad,” though interfaith marriages historically are rare in India.
The December 2020 issue of U.S.-publication Foreign Affairs quoted a 2013 study, which found that “less than five percent of Indians marry outside their caste and just over two percent of women between the ages of 15 and 49 had married outside their religions.”
India watchers say that these numbers have not changed much since 2013. But for the extremist Hindu nationalists the so-called “Love Jihad” is one of the central issues as they target Muslims on the back of an organized propaganda campaign and through vigilante groups.
Indian media reports admit that Hindu vigilante groups snoop around in cities, towns and villages and resort to unbridled violence against Muslim men on the slightest suspicion of their romantic involvement with Hindu women. And in doing this, they enjoy complete tactical and practical support of the local administration, police and judiciary.
This stands in contrast to Pakistan, where if any person belonging to the minority faith is targeted by any fundamentalist group or an individual, the state institutions and the provincial and federal governments are there to provide relief, address the injustice and punish the culprit. As it recently happened in the case of an attack on a Hindu temple in Karak, Khyber Pakhtunkhwa province, where not only perpetrators of the crime were arrested, but several policemen were suspended for failing to protect the Hindu place of worship. In a nutshell, in Pakistan the cases of religious bigotry, hate and violence against people belonging to religious minorities are not part of any government agenda or the state policy. But in India, hate, discrimination, victimization and violence are promoted against the religious minorities, particularly Muslims, in an organized manner by the government and state institutions.
The UK publication, The Sunday Telegraph, in its Decemeber 12, 2020 issue reported the case of the first woman detained under India's controversial new 'Love Jihad' laws passed by the Uttar Pradesh assembly.

For the BJP leadership, there is a selfish political reason behind creating an issue out of a non-issue; the ruling party wants to galvanize Hindu vote through its hate mongering and by targeting Muslims. Yes, since the rise of the BJP, the Indian nationalism is being defined more and more as Hindu nationalism in which there is no equal space for any religious minority – from Muslims to Christians and Sikhs to Parsis. Religious minorities, at the best, can live as second and third class citizens – always in fear and at the mercy of Hindu zealots.

The writer is an eminent journalist who regularly contributes for print and electronic media.
E-mail: [email protected], Twitter: @AmirZia1