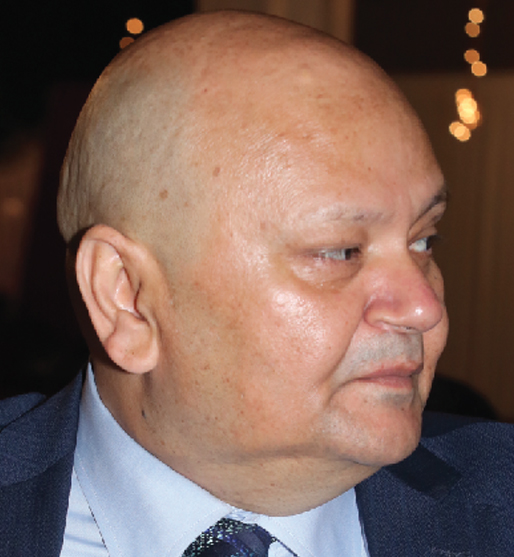 Looking Through the Smokescreen: Challenges of Domestic Terrorism in U.S.

Timothy McVeigh and Terry Nichols, men imbued in the conspiracy theories and anger of the American radical right, drove a 7,000 pound truck filled with ammonium nitrate fertilizer and nitromethane fuel, marked the opening shot in a new strain of terrorism, by blowing up the Alfred P. Murrah Federal Building in Oklahoma City at 9:02 a.m. on April 19, 1995.
The death toll was 168 including 19 children in a day-care center.
News media assumed that “Middle Eastern terrorists” must have executed the attack. By the end of the day it became clear that domestic, right-wing terrorists were responsible for the mass murder. Since 1995 white supremacists have carried out attacks killing innocent victims to make a political point.

America today faces several strains of extremism, from ISIS-inspired lone wolves to the digitally-organized alternative right, commonly known as the "alt-right."
According to Southern Poverty Law Center, a leading civil rights organization dedicated to fighting hate and bigotry; “After Oklahoma, it was no longer sufficient for many American right-wing terrorists to strike at a target of political significance — instead, they reached for higher and higher body counts, reasoning that they had to eclipse McVeigh's attack to win attention.”
Fast forward to October 27, 2018, a 46-year-old white supremacist Robert Gregory Bowers entered the Tree of Life synagogue in Pittsburgh, Pennsylvania, with several semi-automatic weapons shouting “All Jews must die,” and killed 11 worshipers and injured another 6. 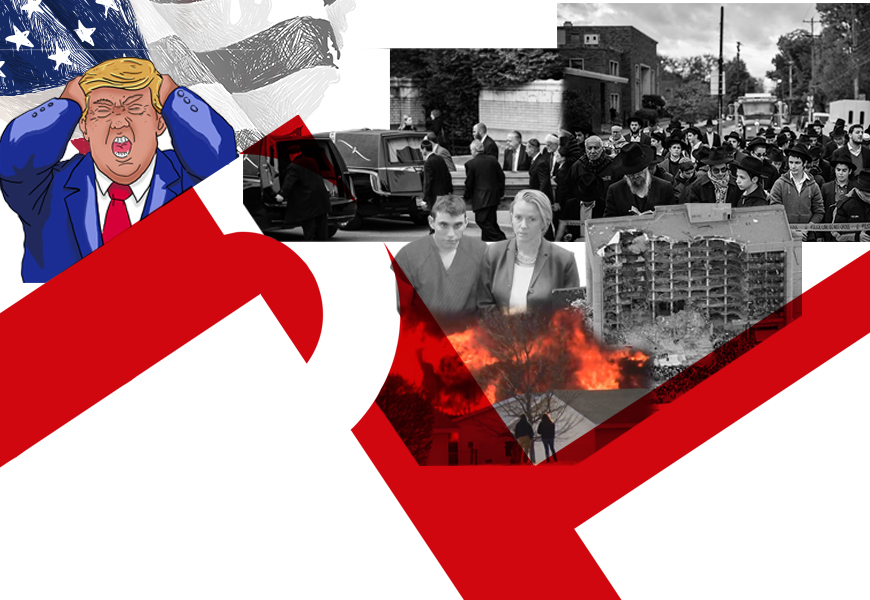 On Valentine’s Day this year, a 19-year-old Nikolas Jacob Cruz, armed with a semi-automatic rifle, entered Marjory Stoneman Douglas High School in Parkland, Florida, and killed 17 students and teachers. Cruz was described by media as expressing, “far-right, anti-Semitic, homophobic and xenophobic views in a private Instagram group chat.”
Investigators found "white supremacist material" in the bedroom of a 28-year-old Benjamin Morrow, who was killed while assembling a bomb at his Beaver Dam, Wisconsin, apartment on March 5, 2018. He had one gallon of acetone.
A 56-year-old man, Cesar Altieri Sayoc Jr., who worked as a pizza delivery driver and lived in a van plastered with pro-Trump decals, was arrested on October 26, 2018 for sending at least 13 bombs via postal mail to prominent Democrats, liberal figures and the cable news outlet CNN. According to Southern Poverty Law Center; “Sayoc’s online activity across Facebook, Twitter, and YouTube over several years reveal a descent into hyper-partisan and conspiratorial thinking, posting stories from far-right websites like Infowars and Breitbart and sharing photos of himself at Trump rallies. Sayoc had a criminal history including fraud, larceny and a 2002 charge for making a bomb threat against a Florida-based utility company.”

In 2018, so far eight attacks killing approximately 145 people have been recorded.
The Anti-Defamation League (ADL), an international Jewish non-governmental organization based in the United States warns of: "the serious threat of terror from right-wing extremist groups and individuals." I recently interviewed Thomas J. Main, a professor at the Austin W. Marxe School of Public and International Affairs, City University of New York. The Brookings Institution recently published Main’s book, The Rise of the Alt-Right.
Professor Main says: “the alt-right is far more radical and dangerous than the right-wing extremism of past decades. For it is the underlying ideology of the alt-right, rather than its controversial policy positions, that merits concern.”

Professor Main points out that “Alt-Rightism is, in essence, a political ideology rather than a movement, constituency, or interest group opposed to free markets, neoliberalism, democracy, and egalitarianism.”
This assertion is validated by several alt-right publications as well. Extreme white nationalist sites like Counter Current and alt-right talk about “metapolitics,” a concept first coined by Alain de Benoist and Guillaume Faye. It is critical for these groups to change the way people think.

American far-right extremists borrow heavily from the French right-wing academics. There are plenty of commonalities between American and European extremists; rejection of egalitarianism, democracy, and human equality.
French philosopher Alain de Benoist, leader of the metapolitical school of thought and mind behind the European 'New Right,' is frequently quoted by the American alt-right. He has written more than 50 books including The Problem of Democracy and Beyond Human Rights. French journalist and writer Guillaume Faye is also a rage among the American extremists. His books Archeofuturism: European Visions of the Post-catastrophic Age; Why We Fight: A Manifesto of the European Resistance; and Convergence of Catastrophes are top-rated among the alt-right.

However, unlike Europeans, the American far-right girdle religious ideology and fundamentalist interpretation of holy texts as justification for far extremism. For example, Aryan nations promote the idea of racial superiority through the lens of sacred text.  The group states; "God's creation of Adam marked the placing of the White Race upon this earth. Not all races descend from Adam. Adam is the father of the White Race only... We believe that the true, literal children of the Bible are the twelve tribes of Israel, now scattered throughout the world and now known as the Anglo-Saxon, Germanic, Teutonic, Scandinavian, Celtic peoples."
Investigative journalist David Neiwert, whose book, Alt-America: The Rise of the Radical Right, says that the ideology of the alt-right is mostly similar to those propagated by the Ku Klux Klan of the past, but agrees with Main that the new radical right-wing groups have benefited from the internet and social media.

American far-right extremists borrow heavily from the French right-wing academics. There are plenty of commonalities between American and European extremists; rejection of egalitarianism, democracy, and human equality.

Professor Main claims that “this new strain of reactionary thought goes beyond the garden-variety racial prejudice of yore – which certainly was bad enough – to a root-and-branch rejection of American political principles. The alt-right is a form of radical Gnosticism as fundamental in its rejection of the American democratic tradition as the Communist Party line of the 1930s and the most fevered effusions of New Left radicalism of the 1960s were.”

Arie Perliger, Associate Professor at the Department of Social Sciences, U.S. Military Academy at West Point has a different perspective. In his publication Challengers from the Sidelines: Understanding America’s Violent Far-Right, he concludes that “ideology and behavior are linked and nurture each other in the organizational frameworks of the American violent far right.”
From a theoretical perspective, this constitutes a further indication of the perception among some parts of the academic community that terrorism is an instrument of symbolic discourse which is shared by violent groups and their adversaries.

The writer is a technologist, digital anthropologist, and a writer. He has held several media, communications, and technology positions in various organizations.
He blogs at www.ibrahimsajidmalick.com
Twitter: ibrahimmalick