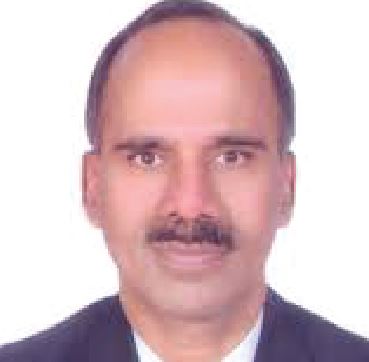 As China marks 40 years of its policy of reforms this year since they were adopted at the Third Plenary Session of the 11th Central Committee of the Communist Party of China in December 1978, there are many in the developing world who would also share their sentiments at the impressive results. I wish to share my recollections on the journey covered during these years as an eyewitness account of the major reforms leading to China’s epic transformation. I arrived in Beijing in September 1980. Beijing then was very different from the Beijing today. A sea of people in green and blue uniforms on bicycles was sure to attract any foreigner’s attention. Cars and taxis were very few. Essential consumer items such as cooking oil, sugar, flour etc. were in short supply. What was, however, available in abundance was Chinese people’s generosity, hospitality and warm heartedness. Whatever few commodities were imported by the government from within its scarce foreign exchange resources were made available in the few ‘Friendship Stores’ frequented by the diplomats who could buy them against the hard currency known as ‘Wai Hui’. The foreigners and particularly the diplomats felt somewhat pampered.
In the initial days of economic reforms and open door policy in 1978, China was the largest underdeveloped nation of the world, where the people used to greet each other with ‘ni chi fan le ma’ meaning whether they had their food. It meant that having three meals a day was indeed a luxury. Decades of war and conflict, Western hostility, foreign invasion, and, the ideologically inspired Western imposed sanctions had inflicted widespread miseries on Chinese masses and restricted China’s policy options to promote economic development. China had indeed become the ‘biggest orphanage of the world’. Survival of the masses, Party and the State was the most important of China’s policy preoccupation from 1949 to 1979 under the leadership of the first generation of Post Liberation leaders namely Chairman Mao Zedong and Premier Zhou Enlai. Both great leaders passed in quick succession in 1976.

Whether the West acknowledges the rise of China or not is not important, the clock of history cannot be reversed. The essential question is why China succeeded while other developing countries could not.

China had 70 percent population under poverty in 1979. The state badly needed reforms for transition to market economy. First of all, it must be acknowledged that it was not achieved with a ‘Midas touch’ or ‘magic lamp.’ The Chinese Communist Party drew correct lessons from the rise of the Western civilization, particularly the processes of Industrial Revolution in Great Britain and subsequently in other parts of Europe and in the United States. The Chinese also mastered the correct sequencing of the process of entry in the Machine Age, which very few nations in Asia, with the exception of Japan, have been able to do. Despite India’s delusional attempts to sneak into the Industrial Age through ‘showpiece’ urban developments, information technology, transport industry, gem and jewellery sectors, two-thirds of Indians survive on USD 2 per day with economic inequality measured by Gini coefficient among the highest in Asia. In many respects, India stands today where China stood in 1978 before embarking on an epic process of transformation. Though enjoying the support of the Western Powers and their mainstream media, India is, however, held back by its delusional mindset; religious tensions; caste and class inequalities; social stress; and, obsession with its neighbours. 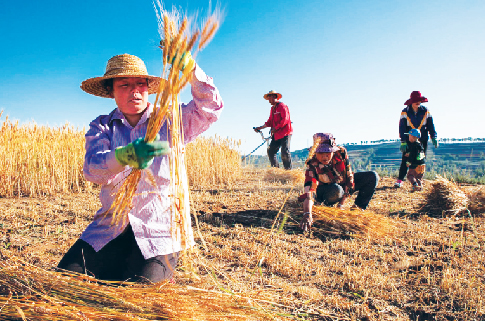 During the various phases of China’s reform program, Western observers predicted that the growth would shortly run out of steam. Instead, China’s economic boom has continued almost uninterrupted right through the decades of 90s and 2000s. China’s achievements have been hard-earned which in the words of the reformist leader Deng Xiaoping was made possible by ‘crossing the river by feeling the stones’. This meant that the process of ‘crossing’ was gradual, exploratory, pragmatic, focused, and mission oriented. Institutions and policies evolved in response as well as in anticipation of each next phase of cumulative causation of economic governance in transition trajectory. For example, when one phase of economic life was reformed, the subsequent advantages made necessary reforms in related sectors as a mutually complementary process beginning from farm privatization, fixation of farm tenure, farm goods pricing, reducing farm subsidies, development of farm markets, farm intermediaries, farm credit market, rural industrialization, township village enterprises, urban wage adjustments, adoption of planned urbanization, innovation and adoption of advanced technology, reforms in financial and banking sector, etc.

Side by side with suburban housing just north of Kunming in Yunnan Province, these greenhouses grow high-value crops such as fruits and vegetables. In the relatively mild climate, crops are raised year-round.

China’s success is courtesy of many diverse factors, but amongst all these, the following deserves particular mention: collective leadership; mindset change; civil service reforms; learning from global best practices; simplification of rules and procedures; restoration of rule of law – individual freedoms and entrepreneurship; harnessing of social capital and soft power etc. The era of globalization and digitalization also worked to China’s advantage in addition to its huge market size for economies of scale, consumer base, and endless supply of productive, disciplined, skilled and cheap manpower. Since I happened to be in China for a decade, during the conceptualization as well as implementation phase of this epic transformation, initially from 1980-1987 and subsequently from 2001-2003, and thereafter regularly visiting the country, I found the following major factors responsible for China’s success:
Collective Leadership: Deng Xiaoping was a far sighted man. He was a great team builder who valued talents and merits. There was no victim, nor any villain. The reformist leadership guided by him became the beacon of change. He was respected by not only his friends but more importantly his foes, too. He valued merit, skills and efficiency and believed in consensus building, pragmatism, humility, moderation and practical results. He took keen interest in grooming the successive generations of the future leadership for the continued implementation of his vision of reforms.

Farmers harvest wheat in a village on the Loess Plateau, a highly fertile area in central China that has been productive for centuries. Powdery soil and poor farming practices have led to serious erosion, but better farming techniques are being introduced.

Mindset Change: Development is a state of mind and has to develop as a culture for transformation of a society. The development paradigm promoted by the new reformist leadership in China in 1978 was in sharp contrast to then Centrally Planned Economic Model which had laid waste China’s potential with devastating consequences with poverty level exceeding 70% in 1978. China had a self-imposed ‘egalitarian trap’ in which poverty was adored ideologically and ‘everybody ate from the same iron rice bowl’ irrespective of his/her contribution, enjoying lifelong jobs and social security. The reforms were painful as it required a mindset change to earn his/her living, allowing everyone freedom to prosper with lawful means and hard work. The paradigm change was along Communist Party’s ideological line from ‘reforming intellectuals to letting intellectuals reform the society’. China realized that modernization was courtesy of higher education, innovation and reforms, and not due to political slogans and mega projects. The position of intellectuals was elevated from the ‘stinking 9th category’ of the past, to VIP category in post-1978 era, as per China’s rich culture and traditions. Investment in higher education was made a key plank of the reforms and open door policy to the outside world. The greatest ancient teachings of Confucius, Lao Tzu, Sun Tzu and Buddha were reintroduced.
Learning from the Best Global Practices: China’s senior leader Deng Xiaoping, the Vice Premier at the time, visited Singapore in November 1978. On his return, the Third Plenum of the 11th Central Committee of the Communist Party adopted the policy of economic reforms and open door to the outside world. Immediately thereafter, the Chinese government began deputing hundreds of ‘study missions’ abroad for learning the best global practices in an institutionalized manner. Several dozen of these missions visited Pakistan, too. Singapore’s late statesman and founder Lee Kuan Yew recalls in his memoirs ‘From Third World to First: The Singapore Story: 1965-2000’ that following the visit of the Chinese reformist leader Deng Xiaoping to the island state in November 1978, the Chinese government deputed more than 150 study missions next year alone. He recalls ‘they came with video recorders, cameras, notebooks, pens and pencils’. This was in sharp contrast to the class struggle mindset of the so-called Cultural Revolution (1966-1976) when for example the official line was that ‘foreign capital was not welcome’. Deng Xiaoping was ready to experiment with new ideas.

China’s success is courtesy of many diverse factors, but amongst all these, the following deserves particular mention: collective leadership; mindset change; civil service reforms; learning from global best practices; simplification of rules and procedures; restoration of rule of law – individual freedoms and entrepreneurship; harnessing of social capital and soft power etc.

Public Service and Governance Reforms: The reformist leadership realized that the economic reforms and open door policy would be doomed if it was not preceded by reforms of the civil service. Deng Xiaoping once observed that the ‘gravity and size of the problems did not matter, what is important is the capacity, will and methodology to deal with them’. The Communist Party and the central government took momentous decisions on the devolution of power to the provinces, autonomous regions, and municipalities; restructuring of ministries; separation of the regulatory and revenue functions in the ministries; rapid transfers and promotions to weed out the old; rooting out corruption and wastage by stiff punishments; penalties and deterrence; ensuring capacity building i.e., efficiency, coordination, supervision, monitoring, implementation, and results; establishment of sound law and order by effective border controls; modern security equipment; human intelligence; neighborhood committees; close circuit observation/monitoring; positive role by electronic print media; legal system reforms and use of ‘mediation courts’ to settle civil disputes etc. The principle of merit became sacrosanct in recruitments. Being ‘Red’ or a member of the Communist Party was not enough. The employing authorities were given powers to hire and fire. The principle of ‘chi daguo fan’ i.e., ‘eating from the same iron rice bowl’ was reversed. Permanent tenures of public jobs were abolished. The civil service structure underwent a series of reforms, reducing the size of bureaucracy from 16 million in 1978 to 4 million in 2010. The size of central ministries was reduced from 79 in 1978 to 28 in 2010. Red tape was abolished with the simplification of rules and procedures.
Simplification of Rules and Procedures: The centrally planned economy of China for three decades from 1949-1979 was a highly bureaucratized society. The government run by 16 million civil servants was bloated being the ‘employment agency of the last resort’. The most popular jargon was red tape or ‘guanliaozhuyi’. Even a simple work such as registration of a vehicle had more than a hundred procedures requiring dozens of seals and signatures. No wonder foreign investment was not only officially abhorred but also unheard of. The reformist leadership cut the size of government to four million from 1979 to 2015. The rules and procedures were simplified and made available under ‘one window’ or ‘one roof’. The reformist leadership believed that the complexity in rules and procedures did not only obstruct development of the economy, growth of business, and in attracting foreign investment but also promoted corruption. The streamlining of the complex government regulations which were the relics of the centralized planning era (1949-1979), helped the economy to skyrocket. The centerpiece of the new economic development model was the ability to maintain investment at a stunning 35-40 percent of its GDP for twenty-five years. 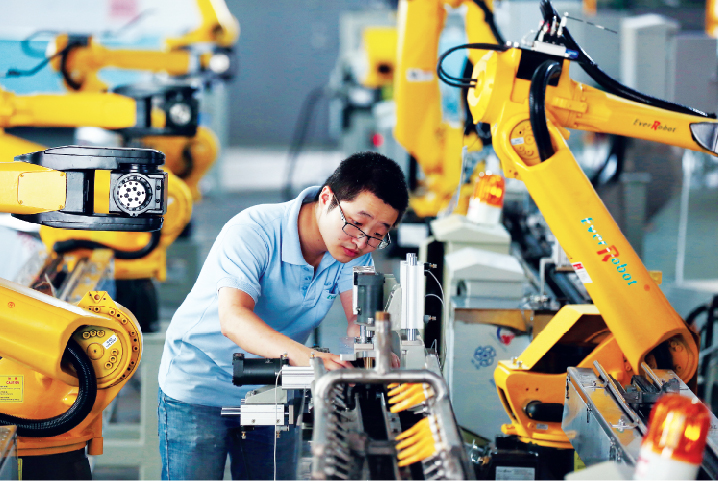 The writer has served as Pakistan’s Ambassador in Germany, Singapore and Mauritius. He worked in China for two diplomatic assignments for nearly a decade. He is the author of several books on China. Currently, he is Director Chinese Studies Centre, National University of Science and Technology (NUST), Islamabad.
E-mail: [email protected]