CAS Awards Medals to the Winners
PAF and Winter Sports Federation of Pakistan (WSFP) joined hands with international marathon Travel Company, Z Adventures and Serena Hotels to showcase the real beauty of Pakistan to the world. It was a momentous occasion in the history of Pakistan as 154 long distance runners from 17 countries participated in Khunjerab Highest Altitude Road Marathon – the highest-ever marathon which took place at an elevation of 4693 meters above sea level. 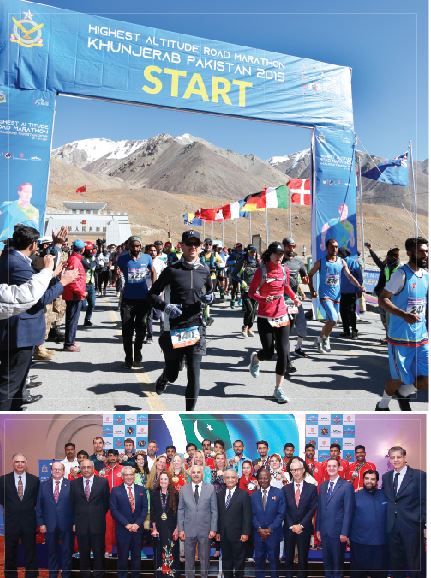