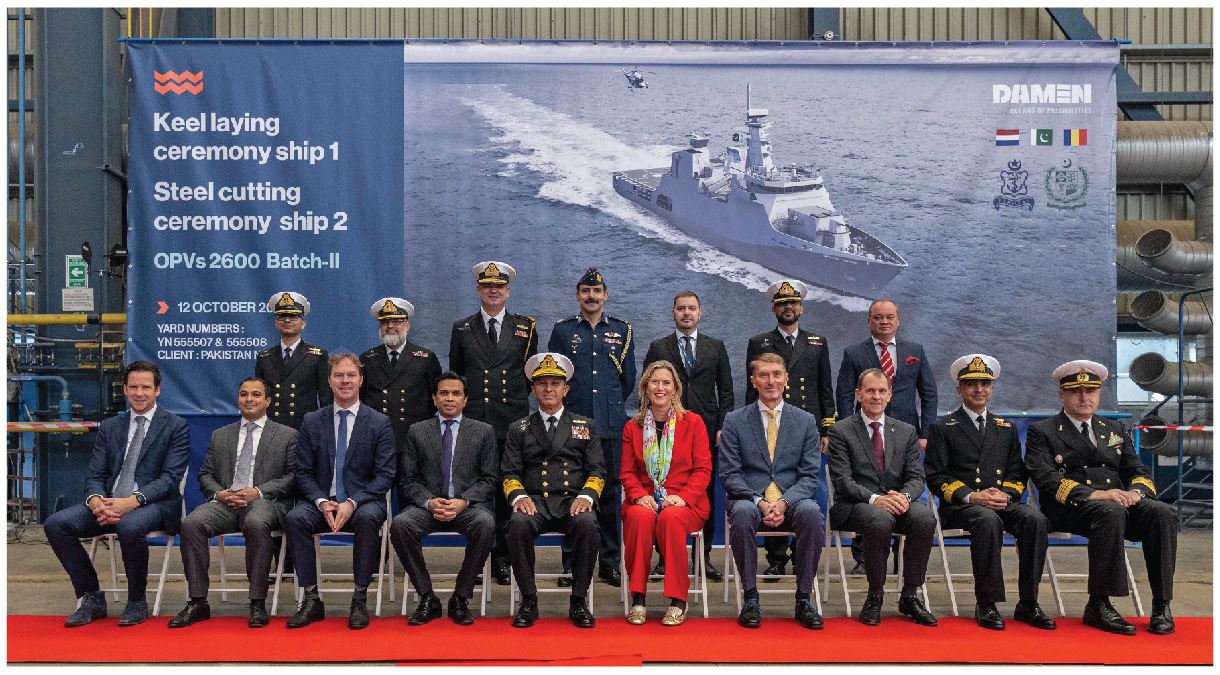 Owning to the satisfactory performance of the first batch of OPVs (PNS YARMOOK and PNS TABUK) in Pakistan Navy, the contract for second batch of OPVs was signed with M/s DAMEN Shipyards, Romania. These vessels are multi-purpose and highly adaptive platforms, equipped with state-of-the-art electronic warfare, anti-ship, anti-air weapons/sensors along with modern self-protection and terminal defense systems.

While addressing the ceremony, CNS emphasized the importance of OPVs in the maritime domain. He emphasized that these platforms will act as force multipliers in enhancing PN’s capability of safeguarding maritime frontiers and would offer flexibility in the conduct of Pakistan Navy’s initiative of independent Regional Maritime Security Patrols in the Indian Ocean Region. The chief guest underscored that Pakistan Navy has been successfully playing its role in providing secure maritime environment not only to ourselves, but also to the world community. The Admiral appreciated the professionalism of M/s DAMEN Shipyards and cooperation in delivering cutting edge technologies to Pakistan Navy in the form of OPVs.
The ceremony was attended by senior officials from Pakistan Navy, M/s DAMEN Shipyards, Romanian Navy and representatives from the local administration of Galati.