Cricket is not just a popular sport in Pakistan but also one of the most followed sports in the world. Cricketers are idealized for their style and run-scoring or wicket-taking abilities making them seem invincible. Although there is the Pakistan Super League (PSL) yet the Kashmiri people couldn’t watch their favorite cricketers in action in their own grounds. 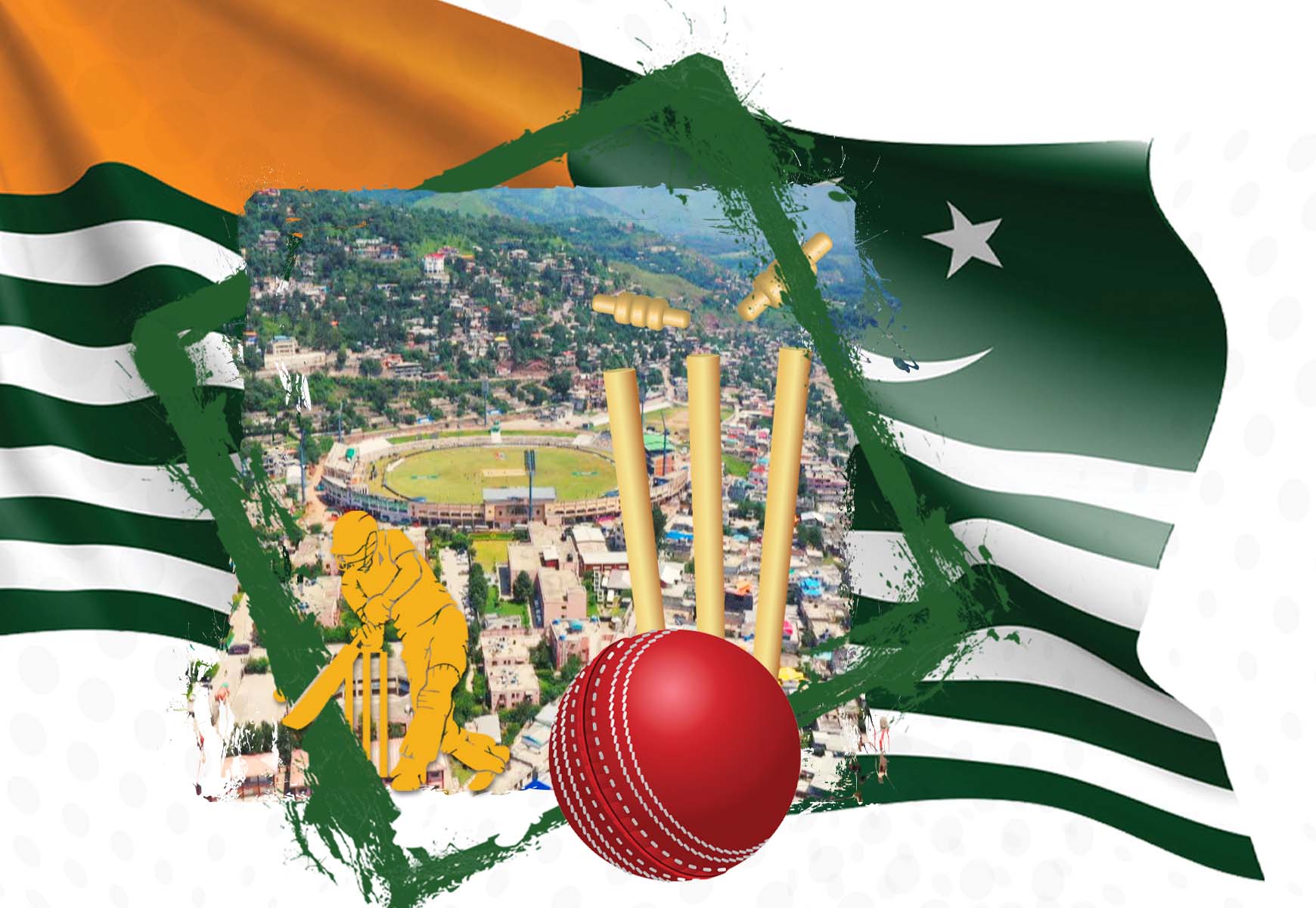 With the advent of Kashmir Premier League (KPL) all that has changed, for Kashmiris had the front seat in a tournament where world-class cricketers played world-class cricket. They not only got to watch players who had represented Pakistan but the current stars as well, which was made even more memorable with Shahid Afridi winning the trophy. The league had its pros and cons, but it did produce some quality cricketers, a few of them could even be considered for Pakistan’s cricket team.
What is Kashmir Premier League and What Made it Significant
KPL is a T20 format mega cricketing event that was held from August 6 to 17, 2021 in Azad Kashmir for the first time. It was aimed at promoting Azad Kashmir’s importance and talent at the global level, and also helped local cricketers learn a thing or two from senior cricketers who shared the dressing room with them. Despite the pandemic, the event was a success since it bridged the gap between international cricketers and upcoming ones from Azad Kashmir, and showed the world that Azad Kashmir is completely opposite to what they think of it, and cricket is as loved by them as it is loved in any other part of the world.
Although Pakistan Cricket Board sanctioned the league, and it is registered with Securities & Exchange Commission of Pakistan, the centrally contracted Pakistani Cricketers were not available for these matches due to their busy cricket schedule. The league defied odds and exceeded all expectations. It consisted of as many as six franchise teams, and each of them had a blast since their batsmen hit the ball out of the park, their bowlers uprooted the stumps regularly, and fielders raised the bar by stopping runs and taking unbelievable catches. 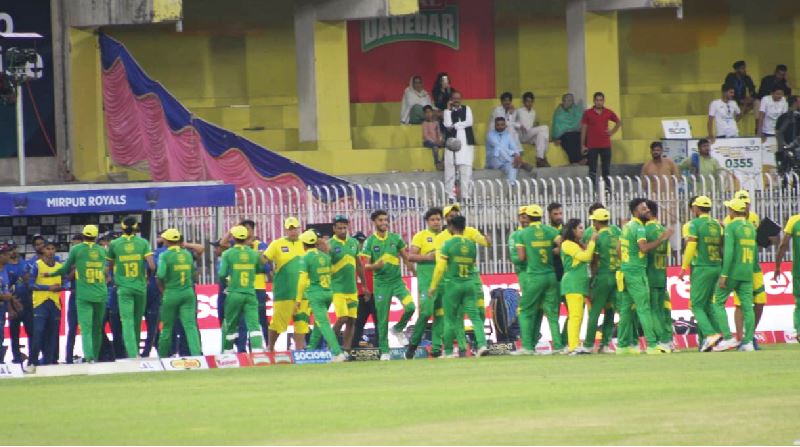 While the world was praising the tournament, it prompted a strong reaction from the Indian Cricket Board (BCCI), which tried to stop many international cricketers – including former South African batsman Herschelle Gibbs – from participating in the league. Former English Spinner Monty Panesar had to withdraw from the tournament because he was threatened with being banned on entry on BCCI’s persistence, and his fellow former English Cricketers Matt Prior, Phil Mustard, and Owais Shah followed suit. Former Sri Lankan Cricketer Tillakaratne Dilshan agreed to play in the league but couldn’t travel due to logistical issues, while Herschelle Gibbs reached Kashmir and cheered for his team, Overseas Warriors, from the sidelines.
Despite the Indian board’s pressure tactics, KPL was watched across the globe. Commentators from different parts of the world, including South African cricketers Daryll Cullinan and Morne Van Wyk, not only gave their expert opinions behind the microphones but were also enthralled by the natural beauty of Kashmir. On the whole, the entire event was taken as a token of association and sentiments from Pakistan with the people of Kashmir and reflected a soft image in the international cricketing community.
It Rained Runs and Wickets at the Inaugural Edition!
For nearly two weeks KPL entertained the Kashmiri people as well as the audience around the world with the batsmen and bowlers doing what they do best. One of Pakistan’s current openers, Sharjeel Khan, was the highest run-scorer of the tournament while a new find, Salman Irshad, ended up as the leading bowler of the event. They were followed by many other known and upcoming cricketers who helped their side with batting, bowling and fielding, adding color to an already picturesque tournament.
While Mirpur Royals’ Sharjeel Khan scored the most runs during the tournament, others weren't far behind. His total tally in six matches was 296 runs at a strike rate of 191, with the help of a fifty and a century, with 141 being his best. Muzaffarabad Tigers' Zeeshan Ashraf was a close second with 284 runs at a strike rate of 165, with the help of one unbeaten century. Bagh Stallions’ Shan Masood managed 254 runs in 5 matches, crossed the fifty mark three times and scored at a strike rate of 144. Rawalakot Royals' Kashif Ali was at number four with 242 runs, and Mirpur Royals' Shoaib Malik at number five with 240 runs. While Kashif scored a century and two fifties to score his tally of runs, Shoaib Malik was consistent throughout despite making just one fifty.
As many as four high-class centuries were produced during the tournament, with Sharjeel Khan top-scoring with 141 runs off just 63 balls for Mirpur Royals against the eventual winners, Rawalakot Hawks. His innings included as many as 12 fours and 12 sixes, and no one managed to better that in any way. Rawalakot Hawks' Kashif Ali replied to Sharjeel's innings with a 51-ball unbeaten 114, that helped his side progress to the finals. The other two centurions were Muzaffarabad Tigers' Mohammad Hafeez who blasted his way to a 55-ball 110, while his teammate Zeeshan Ashraf wasn't far behind with a 62-ball 107 not out.

Despite the Indian board’s pressure tactics, Kashmir Premier League was watched across the globe. Commentators from different parts of the world, including South African cricketers Daryll Cullinan and Morne Van Wyk, not only gave their expert opinions behind the microphones but were also enthralled by the natural beauty of Kashmir. On the whole, the entire event was taken as a token of association and sentiments from Pakistan with the people of Kashmir and reflected a soft image in the international cricketing community. 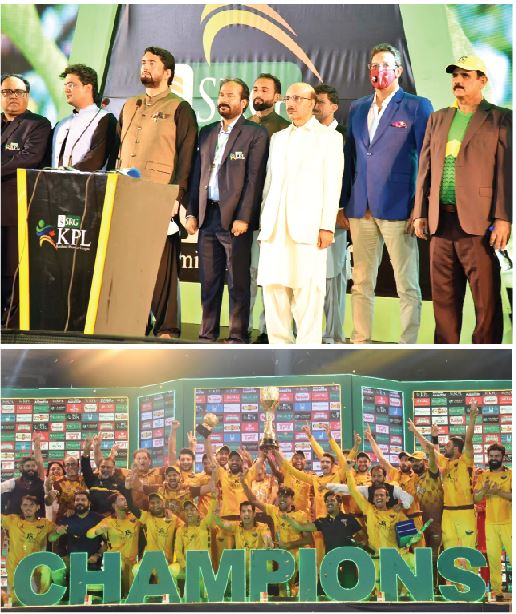 Although many believe that T20 Cricket is a batsmen's game, there are still bowlers out there who would take wickets consistently and help their Captains any way they can. Mirpur Royals' Salman Irshad was unlucky; despite his 16 wickets in 7 matches his side failed to reach the finals, but he did make a name for himself by being the most valuable Kashmiri in KPL. Rawalakot Royals' Asif Afridi came second with 12 wickets in 7 matches, and had he not bowled the most sensational last over in the grand finale his team might not have won the event. Mirpur Royals' Amad Butt and Lasith Malinga – inspired by Zaman Khan from Rawalakot Royals – were next in line with 11 and 10 wickets respectively.
As for bowlers with the best bowling in one innings, Abbas Afridi was the only one who could take 5 wickets in an innings in the first edition. Playing for Overseas Warriors, he took 5 wickets for 18 runs in his 4 overs, followed by Sohail Tanvir and Shadab Majeed, both of whom took four wickets in an innings of the event.
With six catches in 5 matches, Shan Masood proved his resourcefulness in the Bagh Stallions side. He, along with Nasir Nawaz of Overseas Warriors, were the non-wicket keepers with the most catches in the event; although Shan played one match less than Nasir. As wicket-keepers, Bismillah Khan was the most successful one with 8 dismissals in 6 matches. Mirpur Royals’ Muhammad Akhlaq wasn't far behind with 6 dismissals in 7 matches while Azam Khan, who represented Overseas Warriors, took 4 catches and made a stumping in his six matches.
KPL is Here to Stay, for it Favors the Brave!
You might be a young cricketer making your presence felt at the international level or a veteran who has been there and done that, Kashmir Premier League was for all those and many more. Young and old cricketers were on the same page here, with the veterans transferring their knowledge onto the newbies who will carry the torch forward. After all, with Shahid Afridi and Shoaib Malik leading their sides into the final, Mohammad Hafeez making his presence felt as a senior player, and Sohail Tanvir still taking important wickets, it was something one couldn’t miss for the world.
When someone new makes a place in such a crowd, that helps that player, his Captain, the franchise, and above all, Kashmir in a big way. The players’ performance like Ahsan Ali’s 99 off 47 balls or Salman Irshad’s 3 wickets for 25 runs, can take the pressure off any Captain’s shoulders, which in turn will help the franchise win the match, and that in turn will not only inspire cricket enthusiasts in the region but also enthrall the local spectators. KPL may be new to the league circuit, but it is here to stay. Because it gives importance to the people of Kashmir, who deserve to be treated to top-class cricket and finally got it in style.