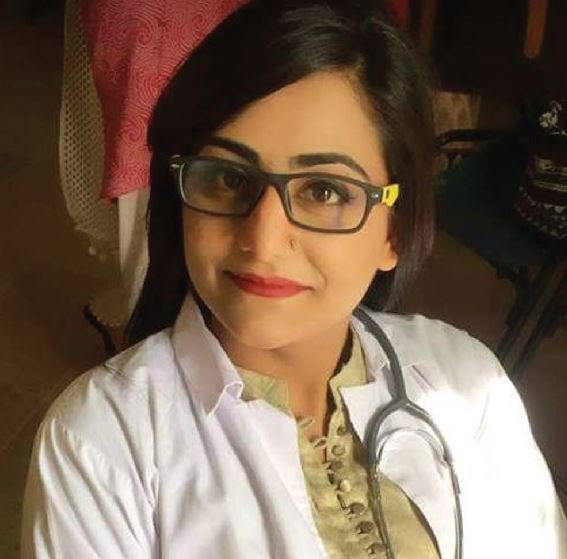 Pakistan boasts a rich heritage that has housed civilizations and saw history being made; Kallar Kahar is a testament to that history. 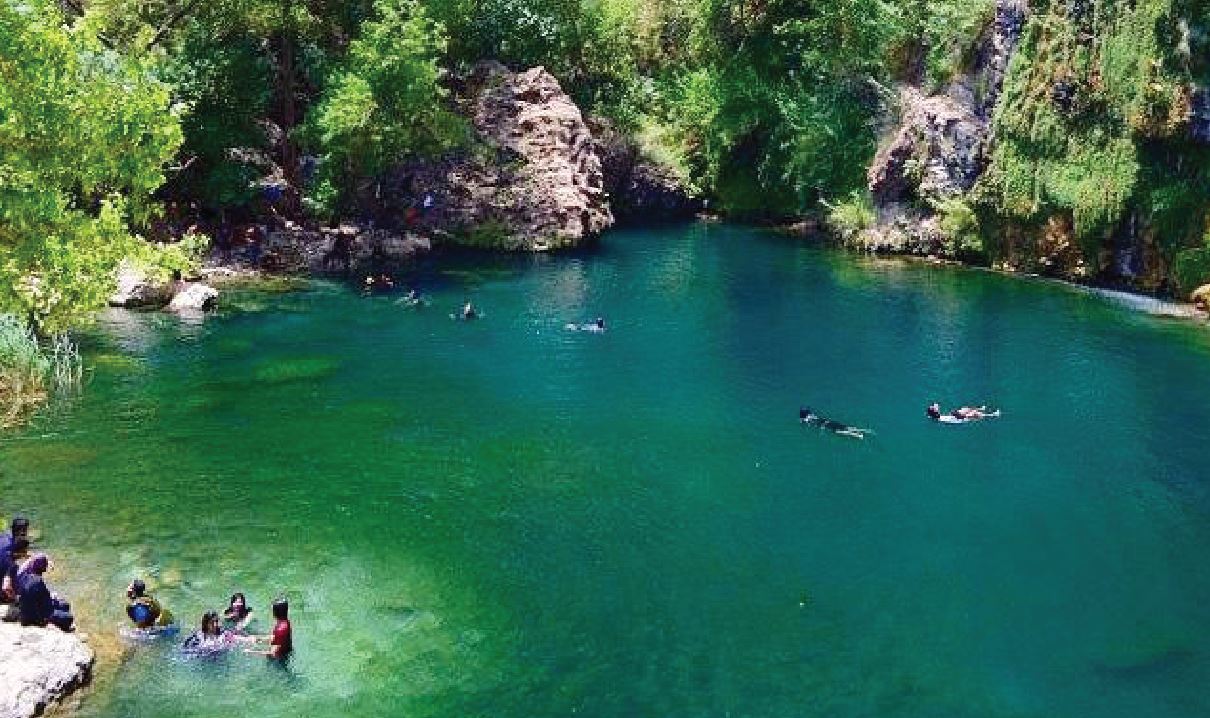 Kallar Kahar is considered a crown of the Salt Range. The Salt Range is one of the most important geological and historical landmarks of Pakistan. It is located in Chakwal District of Punjab, surrounded by the most stunning mountains. Situated 25 kms east of Chakwal, it is an easily accessible tourist attraction both from Lahore (224 kms) and Islamabad (156 kms). It is famous for its natural gardens, dancing peacocks, museum, Takht-e-Babri, spiritual sites and a salt water lake. Temperature during both summer and winter tends to get extreme. During summers, the temperature can reach upto 40 degree Celsius, while in winters it can drop as low as 5 degree Celsius.
The Mughal Emperor, Zahir-ud-din Babur, discovered Kallar Kahar when he crossed River Indus over from Kabul on his way to Delhi. He was enamored by the beauty of the place, especially the Kallar Kahar Lake which was formed by water that gushed from the natural springs. Babur wished to seize the area of Koh-e-Jodh. In order to motivate his army for the  upcoming battle, the Mughal Emperor wished to be seated at an elevated spot where he stood to address his army. Hence, Takht-e-Babri came into existence, which was carved by his army.

The Mughal Emperor Zahir-ud-din Babur discovered Kallar Kahar when he crossed River Indus over from Kabul on his way to Delhi. He was enamored by the beauty of the place, especially the Kallar Kahar Lake which was formed by water that gushed from the natural springs. 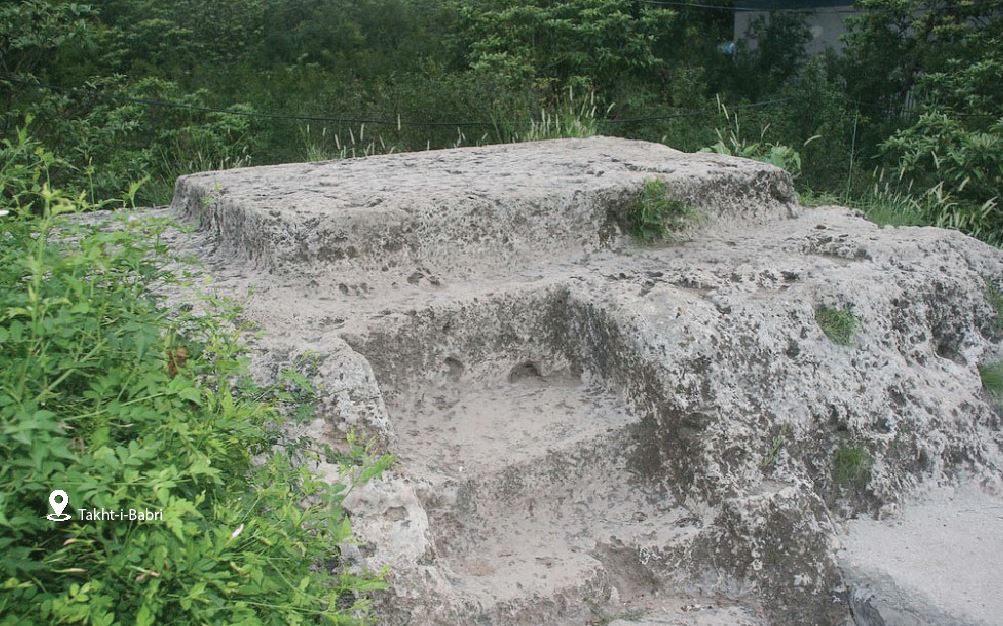 Due to his love for nature, Babur realized that a garden could be developed in Kallar Kahar as the water gushing out of the foothills was in abundance; the atmosphere and land were also in favor of trees. He materialized his desire by ordering his soldiers to build a garden there. Thus, the foundation of South Asia’s first Mughal garden, Bagh-e-Safa was laid.
Dancing peacocks also enhance the beauty of the area. If you want to watch dancing wild peacocks then you must visit Kallar Kahar. You will have to get up early in the morning, at least one hour before sunrise, and go to the famous shrine of Sufi saint Sakhi Sultan Bahoo. The best view of the peacocks can be enjoyed from the top of the shrine. You will see dozens of peacocks dancing marvelously, showing their gratitude, spreading their feathers, wandering here and there in the hills. It is no doubt a magical view. Peacocks rarely come out during the day due to the hustle and bustle of the visitors. The spectacular wild peacocks come to the shrine early in the morning and go back to the jungle during the day. From the shrine one can see the whole Kallar Kahar Valley, as it is on top of the hills. The town is in the valley with a beautiful salt water lake in front of the mountain. The salt water lake, which is more than 1000 feet above sea level, is one of the 17 wetlands in Punjab and is about 7 miles wide. The water is salty due to the deposits of rock salt. The water itself is largely cool and clear with little fish and crabs swimming in it. The lake remains filled with water which falls into it from the natural springs. 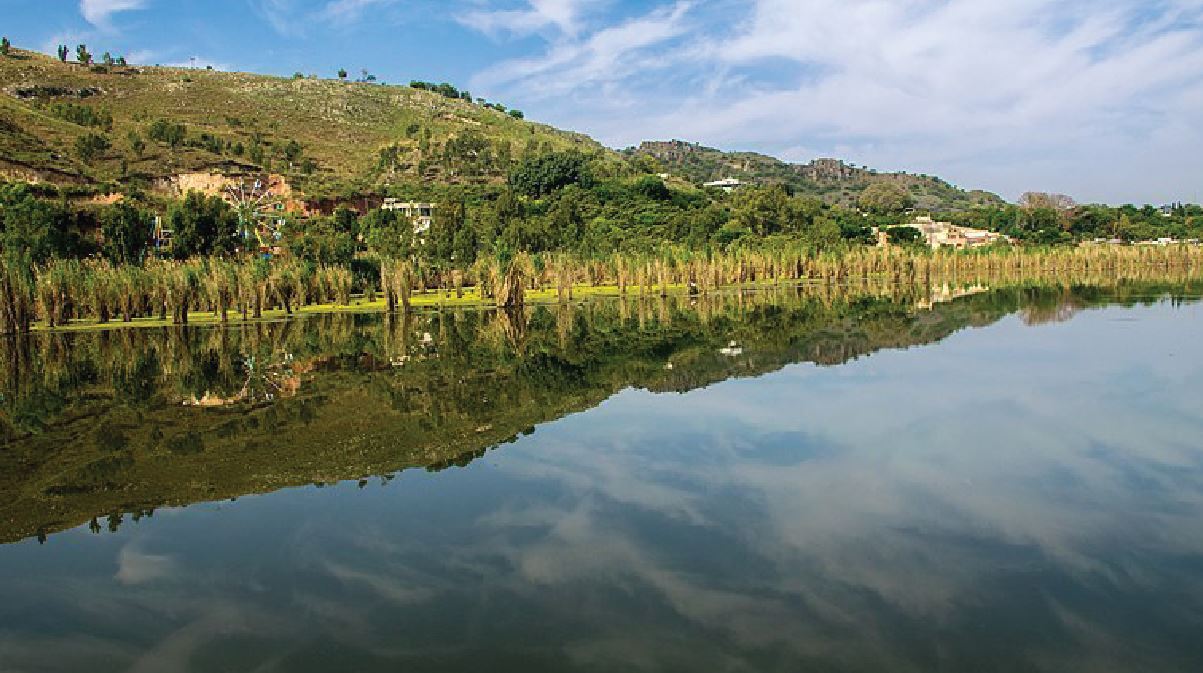 Another amazing and eye-catching view is of Swaik Lake which looks absolutely stunning due to its crystal clear water, a beautiful waterfall, and location. It is a 30 minute walk from parking deep in the forest to reach the lake. From Kallar Kahar interchange, one has to follow the road towards Choa Saidan Shah. There is a small chowk (intersection) known as Jalaibi Chowk. Turning right from the intersection, after around 500 meters there is another right turn, and the path from there onwards leads to the parking area of Swaik Lake. Total travelling time from Kallar Kahar interchange to Swaik Lake is almost an hour. Swaik Lake, along with its charm and magnificence, also fascinates people with many fun activities. The lake is surrounded by mountains, cliffs, and rocks, making it a great spot for cliff diving. It is also an attraction for many adventure seekers.

Due to his love for nature, Babur realized that a garden could be developed in Kallar Kahar as the water gushing out of the foothills was in abundance; the atmosphere and land were also in favor of trees. He materialized his desire by ordering his soldiers to build a garden there. Thus, the foundation of South Asia’s first Mughal garden, Bagh-e-Safa was laid. 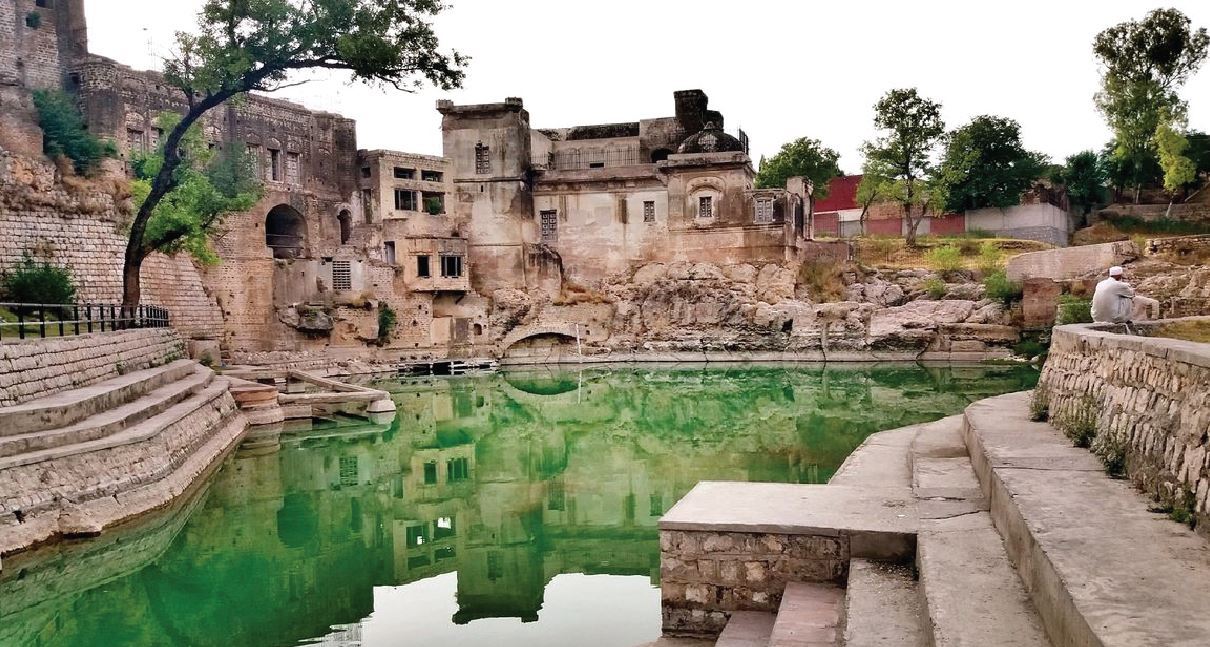 The Kallar Kahar Museum is home to fossils of different animals, 15 million years old dinosaurs, elephants and lions, etc. The museum was established in 2008 by the Punjab Archaeology Department.
Kallar Kahar is rich as it encapsulates the multicultural history of not only Muslims but also other religions. The Katas Raj Temples are a great example of it. These temples are also known as Qila Katas and are a complex of several Hindu temples connected to one another by walkways. These temples are located alongside the road that connects Kallar Kahar to Choa Saidan Shah near the village of Dulmial.  The name Katas Raj comes from the word kataksha, which  means tearful eyes in Sanskrit. According to local Hindu belief, Lord Shiva was so distraught  by  the death of his beloved wife,  Sati, that he wept inconsolably. His tears,  which fell to earth, formed the pond  at Katas Raj. Many legends are associated with the temples. 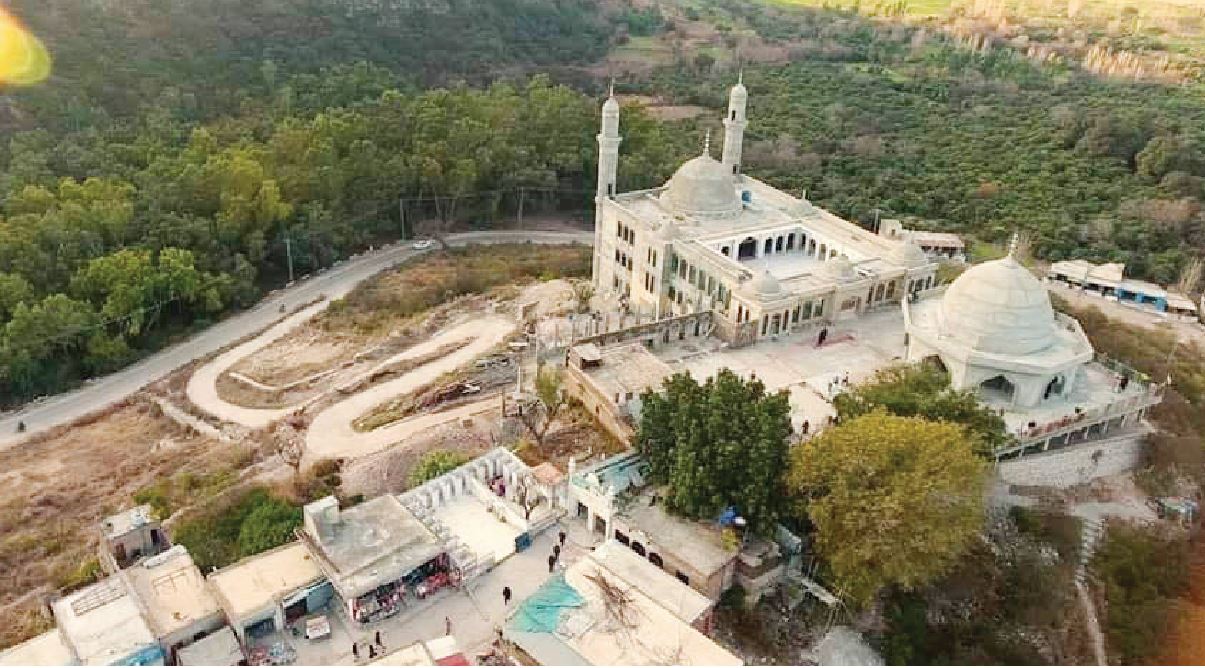 The temples are considered to be the second most sacred site in the historic region of Punjab. The Katas site houses the Satgraha, a group of seven ancient temples, remains of a Buddhist stupa, five other medieval temples and havelis scattered around a pond considered holy by the Hindus. The temples are mostly constructed on square platforms. The elevation of the shrines seems to form a series of cornices with small rows of pillars crowned by a ribbed dome. The seven temples were built in an architectural style similar to the Kashmiri temples with dentils, fluted pillars, trefoil arches and rooflines that are pointed.
The area of Kallar Kahar, apart from being rich in culture of different periods, is an attractive destination for tourism. Kallar Kahar has preserved the history of many years in its chest. The region is also rich in natural resources such as salt and coal which has enhanced the importance of this area. The protection and preservation of the heritage and civilization is indispensable for provinces in order to keep the history alive as well as to promote tourism and strengthen the national economy.