On his arrival, the distinguished guest was received by Vice Chief of the Air Staff, Pakistan Air Force Air Marshal Aasim Zaheer. A smartly turned out contingent of Pakistan Air Force presented him the guard of honour. He also laid floral wreath at the Martyrs’ Monument to pay homage to the PAF’s martyrs. Later on, the visiting dignitary called on the Vice Chief of the Air Staff. 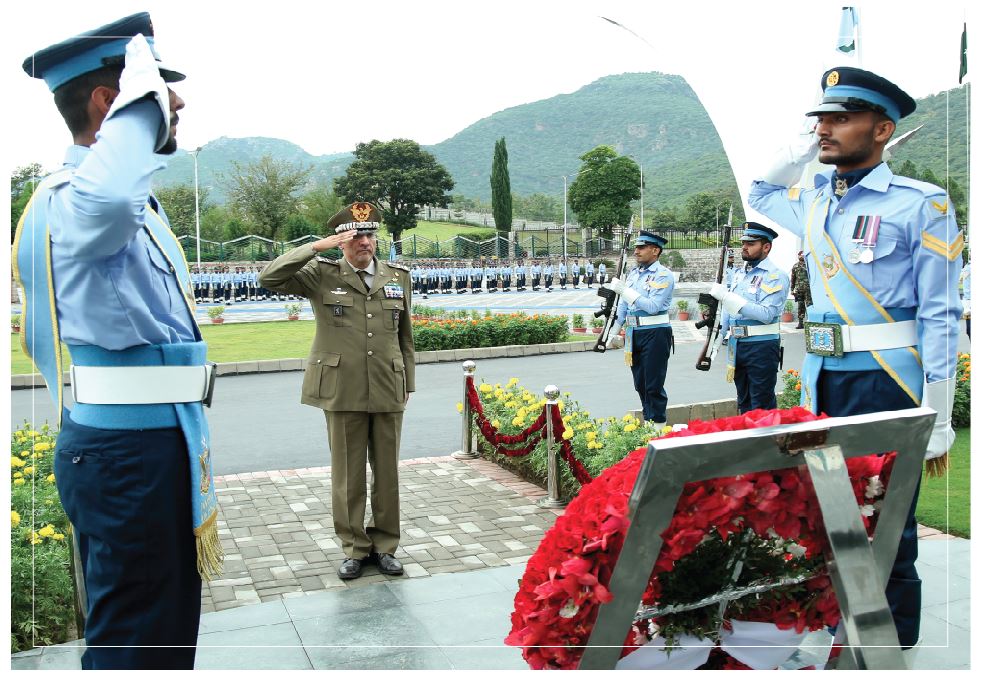 During the meeting the officials discussed various matters of professional interest and mutual cooperation. Italian Secretary General of Defence lauded the sound professionalism of PAF and its personnel. Vice Chief of the Air Staff highlighted the cordial relations between the two countries and reiterated the resolve to further enhance the existing security and defense cooperation.