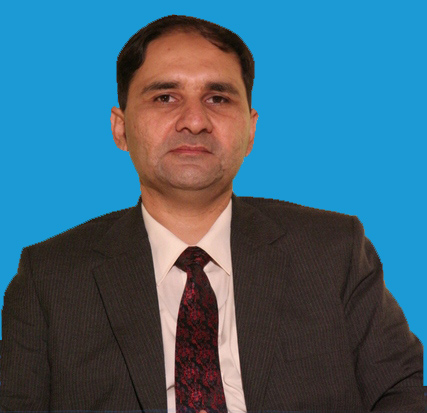 Q. Most of our cricketers claim to have started playing the game in the streets and later rose to the national / international level. Being a female how did you manage to learn cricket and rise to become captain of Pakistan Team?

Answer: My story is same as any other cricketer in Pakistan as I started playing this game on streets. I was fortunate enough that my father, Colonel (Retired) Mir Moatazid, was serving in Pakistan Army. So during my childhood, we moved from one cantonment to other and it was easy for me as a female to go out in the street and play in the environments of the garrison. I will specially mention Taxila Cantt and Gujranwala Cantt in this regard where I used to call children from my neighbourhood to play cricket in the street, and in certain cases, we would play the whole day. Since there were no formal cricket for females at school, college or university level and there was hardly any female cricket club during 1990s, so I instead learnt this game in galies / mohallas (streets) and reached where I am today.

Q. How conducive are the environments in Pakistan for female sportsperson?

Answer: I shall comment little differently by saying that the prevailing environments for female sportsperson are far better than the past. People are encouraging females to come forward and take part in sports. But on the other hand sports is still a new field for females in Pakistan. Questions are still asked that why are you playing and what is in it for you or for any female to take it as a profession. Few people even doubted the ability of Pakistani females to play cricket or any other game at international level. But now things have improved and so have perceptions. Females are now quite confident to play different games and to choose it as a profession.

Q. Who are your favourite cricketers?

Answer: Since I was initially a fast bowler and later changed into a spinner, so Waqar Younis has been my all time favourite. As a captain, Imran Khan, Mahela Jayawardene and MS Dhoni have inspired me.

Q. Where have you been brought up and where did you carry out your studies?

Answer: My early education was in Rawalpindi. Then we moved to Gujranwala and after passing my 6th grade we moved to Taxila where sana3I did my Matric. From Taxila we moved to Karachi where I completed my Inter and Bachelors degrees before settling in Lahore where we reside now. So we have been travelling all around Pakistan due to postings of my father. My studies and sports have been going side by side and I tried to manage both things simultaneously. I always wanted to join the army and serve my country as my father did. I have always respected the brave and gallant armed forces of Pakistan. More so, I was granted admission in National University of Science and Technology (NUST) as an engineering student. However, it was difficult for me to chose between cricket n engineering. But my father help me in this regard by saying, "we have many women engineers in Pakistan but not many women cricketers, you should go and make your dream come true." His advise turn my life and I became a cricketer.

Q. What takes it to become a female cricket captain of Pakistan team?

Answer: The foremost important thing to become a good cricketer and captain of Pak Cricket team is to develop the passion and love for the game. It is likely to take few more years for women cricket in Pakistan to take proper roots and to be taken up conveniently as a profession. There will be obstacles but one has to be passionate to be able to play the game. Team preferences over personal ones is another important thing that each player must carry to give best to the team. And last is the hard work which is obviously key to success to every game.

Q. Which form of game do you like and why?

Answer: At the moment females are playing only T20s and ODIs. But I feel that Two Day format of the game should be introduced for the female cricketers. It will help to groom future players and in improving their skills. T20 is apparently the future format of the game but needs a player to be very skillful to give her best. So to polish the game, more and more ODIs and Two Day games should be played at domestic level.

Q. What all measure should be taken to encourage more and more females to join cricket or any sports?

Answer: In our culture and society, any decision taken by female has to be routed through her family. So for any girl to come out in ground, street or to join any cricket club, support of family is must. Without acceptability of female sports in our society as a normal thing, women will always feel hesitant to come in the ground and play. Easiest and simplest can be provision of big grounds to girls at school levels so that they get exposed to the sports at early age and their shyness of playground is also removed. Moreover, for a balanced personality, extracurricular activities play very vital role.

In Pakistan, almost all girls in the sports field that I know, have been supported by their families to reach at the top level.

Q. What role did your family and society play in your particular case?

Answer: I give all credit to my family, especially my father, without his support I might not have been able to do, what I did. My father always encouraged me to play outdoor sports and never discriminated between a boy and a girl in the house. I will also mention about my mother who always helped me in difficult times and facilitated me in every possible way. My brother was my first coach who used to take me to the ground and would skillfully help me in learning the game. Even my sister and my brother-in-law have encouraged me at each and every step. I can confidently claim that my complete family is at my back. And result is in front of you, I am captain of Pakistan Cricket team.

Q. Where do you grade yourself as a player?

Answer: I think I am someone who believes in improving each day. I was initially a fast bowler but after playing regular professional cricket with hard ball, I developed stress fracture due to bowling action. It forced me to turn into a spinner and I am happy with my fitness now. When it comes to the achievements, I have been selected to represent World Eleven at Lords on 19 May this year. Moreover I have consistently been part of ICC top 20 players for the last six years or so. But I still aim to do much and want to be part of a team that wins maximum bilateral series and tournaments for Pakistan and take it to top four ranking teams in the next two years through my captaincy and performance.

Q. What advice will you render to females to maintain their fitness?

Answer: I have seen females trying to reduce weight through reduction in diet which is very dangerous. Similarly females avoid drinking milk because of their skin and weight issues. These trends are not encouraging. A balanced diet with moderate exercise is ideal for a healthy life. Best way is to exert more than you eat.

Q. When are you planning to get married and will you continue playing cricket afterward?

Answer: I am concentrating on my game at the moment. However, if anything of the sort comes up then I will try to find a way to balance both things. But I don't believe in very long planning and my marriage isn't planned as yet. Let's see what happens.

Q. What is your message for readers of Hilal?