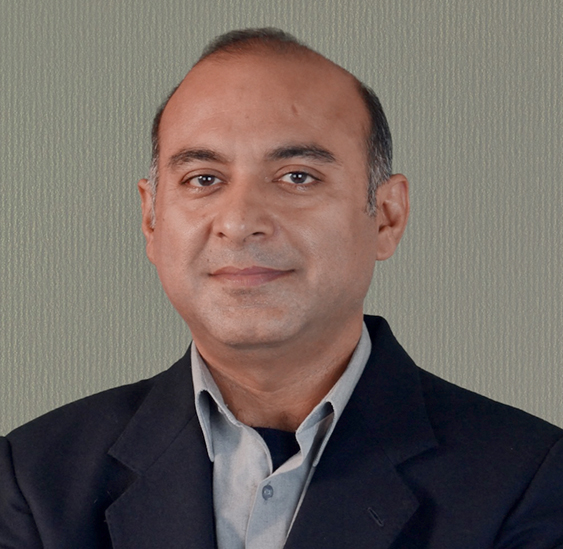 Perhaps someone at the helm of affairs in India is highly inspired by the old Hollywood war movies in which a few soldiers easily fight and kill the strongest enemies. 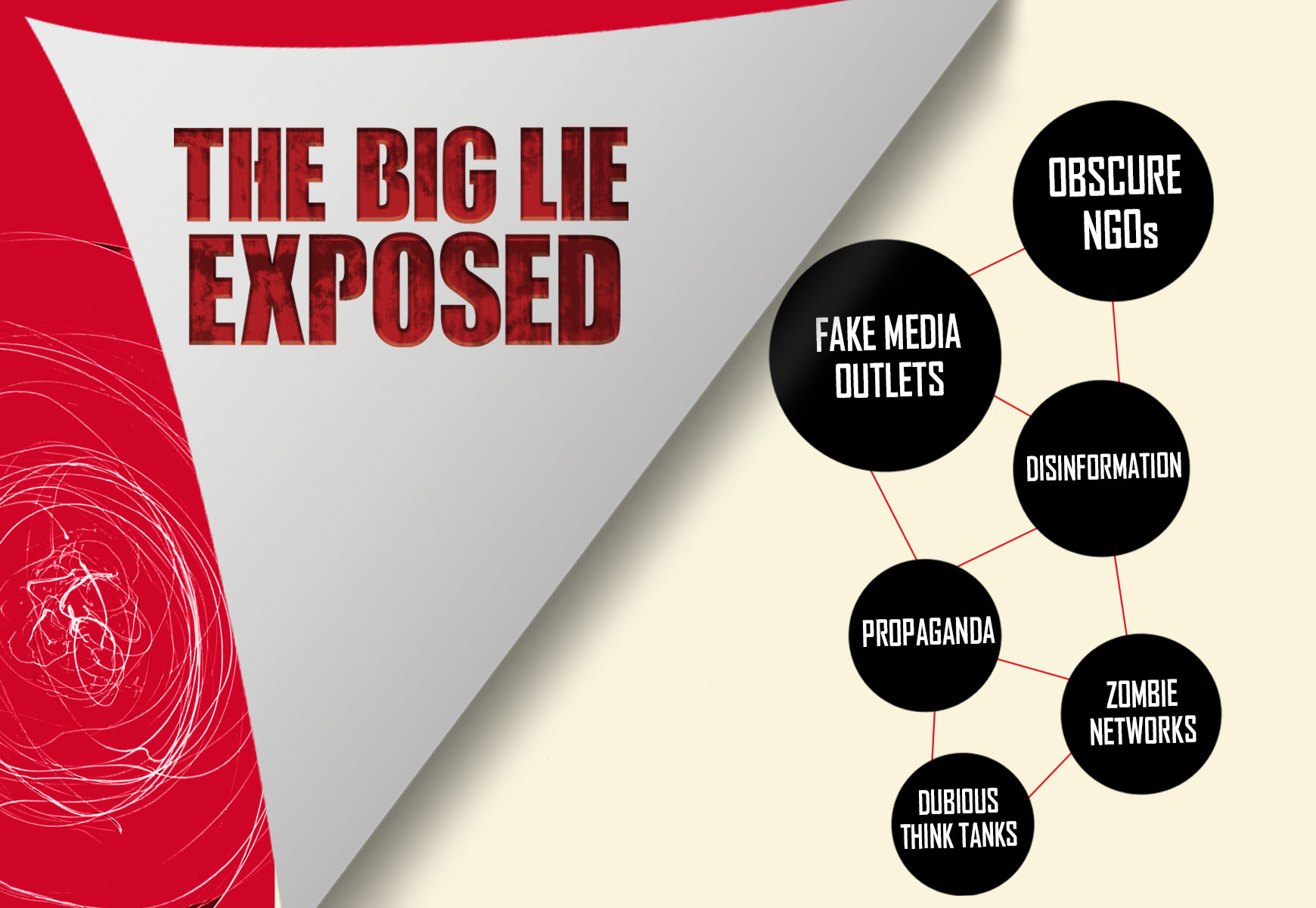 Bard of Blood, Sacred Games, Special Ops, Family Man, and tons of other loosely scripted movies have always shown a silly Bollywood hero penetrate so easily into the strongholds of so-called "Islamic terrorists" who are always "supposedly" backed by Pakistan. No matter how reputed the filmmaker is, the storyline always revolves around the theory that people are being butchered in Balochistan and Gilgit-Baltistan just because Pakistan Army is a group of mercenaries and the whole country is not more than chaotic. Watch a few films, and even a layman can easily comprehend that every time the "big boss" copies the script from the same old book that narrates, malign Pakistan at all costs.
And this it is not just us Pakistanis who bleed and feel the pain because of their hatred, the whole world seems to have realized now that how disrespectful and fabricated India's narrative about Pakistan is.
EU DisinfoLab, an independent non-profit organization focused on researching and tackling sophisticated disinformation campaigns targeting European Union, has investigated and discovered a decades-old digital information network designed by Indians to target Pakistan globally.
The report that EU DisinfoLab has named "Indian Chronicles" exposes 15 years of digital fraud that Indians have committed not only with Pakistan but also with the entire world. This time, a group of Indians has gone too far to pursue their goal that they didn’t even feel shame or fear any repercussions in mocking the United Nations and its organs.
Although the investigators remain cautious in the report and did not openly label it a covert operation of Research and Analysis Wing (RAW) but at the same time, they provided all the dots that can be linked together for calling it a "state baby."
The crux of this digital fraud is based on "The Big Lie" – repeat a lie often enough, and it becomes the truth.
An extensive investigation in search of the truth reveals the use of strategic tools comprising several hundred fake media outlets (over 750 so far and still counting), creating new NGOs and resurrecting the dead ones. And also, using shadow actors to influence the decision-makers at the United Nations Human Rights Council (UNHRC) and the European Parliament.
At several UN sessions and side meetings, fake characters representing these NGOs lobbied against Pakistan on minorities' rights violations, women's rights violations, and freedom of speech, etc.
Over the period, they managed to create a misinformation bubble and disseminate it successfully through their digital assets – fake media websites, social media, and video services – to malign Pakistan mainly and China, to some extent.
The latest report is a continuation of the previous investigation of last year that partially exposed the network of over 265 websites operating across 65 countries, which traced back to Delhi based Indian holding company owned by the Srivastava family.
But EU DisinfoLab states that it was merely the tip of the iceberg. The magnitude of the latest revelations is just matchless and quite complicated. Ben Nimmo, a disinformation network expert states "the network was one of the most persistent and complex operations."
Birth of The Syndicate
Both reports establish a direct link between the entire vicious plot and the Srivastava family. It all began by Srivastava Group (SG) in 2005 when an NGO named Commission to Study the Organization of Peace (CSOP) was resurrected under Professor Louis B. Sohn's chairmanship.
The authors of this report (Indian Chronicles) have dedicated the investigation to Professor Louis B. Sohn, who is considered the grandfather of international human rights law in the United States. Prof. Sohn, who remained a member of Harvard Law faculty for 39 years, died in 2006, but his identity was hijacked in 2007 and again in 2011 by SG for resurrecting the defunct CSOP that the Professor founded in the 1930s but became inactive in the late 1970s after getting UN accreditation in 1975.
Interestingly, SG was able to list CSOP as a participant at a UNHRC session in 2007 and then another side event in Washington D.C. in 2011 under Prof. Sohn's representation. Years after his death, the Professor's appearance in these sessions raised eyebrows at DisinfoLab, leading to an extensive investigation.
Additionally, the report further reveals that Ankit Srivastava, who is also the Vice-Chairman of SG and even the editor-in-chief of the New Delhi Times, must have initiated lobbying against Pakistan much earlier than 2005. His presence in Geneva in 1999 when he attended UN meetings representing the Srivastava's think tank such as IINS and the Indian Council of Education is also a testament of similar agenda.
For portraying it as a legitimate lobbying exercise, in the past fifteen years, Ankit Srivastava has either hijacked or resurrected dozens of dead NGOs originally meant to serve a different purpose in various parts of the world. However, their only task now is to safeguard Indian interests by going anti-Pakistan in every way possible.
These NGOs use office addresses that do not exist physically in Europe or the U.S. Most of these organizations in this zombie network, that's what Indian Chronicles calls it, were traced back to Ankit's own Regus office.
For example, African Regional Agricultural Credit Association (AFRACA) is an active NGO in Africa designed to foster cooperation among government and financial institutions in the field of rural agriculture credit and banking, but the hijacked version of AFRACA in Geneva is found to undermine Pakistan on different forums.
There are many similar cases such as:

Interestingly, these NGOs and tons of other similar organizations are either accredited to the United Nations or associate with other accredited entities to grab slots to speak on UN's floors in various sessions and side meetings, mostly speaking on terrorism, minority rights violations in Pakistan, Kashmir, and Gilgit-Baltistan related issues for constantly hurting the Islamic Republic.
The investigators also found a fixed pattern, a small group of actors representing multiple NGOs by different ghost names. To name a few, Rahul Malhotra, Raul McKenzie, Maria Rutowicz, and many more whose identities couldn't be verified for being non-existent.
Besides, this network keeps looking for the European parliamentarians seeking an audience and self-promotion and who can be used easily. The network influences them for making public statements against Pakistan at UN's side events – that are comparatively easy to maneuver – and in most cases persuade them to produce op-eds. These articles later find a place on homemade fictitious media websites such as euchronicle.com, EP Today, and later spread through ANI News Agency. Onward, they are amplified, reproduced, and copied on hundreds of fake news sites.
Srivastava Group registered over 750 of these questionable websites that present themselves as news outlets. For example, latimes.com is an original media site, but SG deceives the world with a fake name "The Los Angeles Times" for this purpose. The report found more than 400 such domains registered on Ankit's name using his personal email address and credit card. These domains also represent bogus and shady NGOs and think tanks managed by Srivastava Group.
Baloch Voice Association, World Sindh Congress, World Baloch Women's Forum, Gilgit Baltistan Studies, Pashtun Tahafuz Movement, Baluch Republican Party, Jammu Kashmir National Awami Party, Global Imam, Indian Imam Organization, Pakistan Imam, Baluchistan House, Pakistani Women are a few of the hundreds of such instances the DisinfoLab unearthed.
These sham organizations extensively employ local students, mostly from Geneva, as interns for protesting on the streets and speaking about human rights violations in Pakistan.
Dodgy Articles, Sensational Headlines: Attack Where It Hurts the Most
1971 witnessed an organ getting separated from the body. The story doesn't end here for the masterminds. For them, Balochistan, Kashmir, and Gilgit-Baltistan are the pressure points to disintegrate Pakistan. Not only have they spent billions for nurturing hatred among the locals, but they have also been instigating them and portraying a horrific picture in front of the world.
For this plan, rogue activists have proven worthy of being the perfect henchmen. Their animosity against the motherland is unmatchable.
These shady characters come into action with their own writing or tweeting the controversial content of their comrades. EU DisinfoLab highlights a few of the hundred such articles in its report that can be found underneath for understanding:

The author is a tech journalist and the founder of More Magazine, phoneyear.com, and outlookpakistan.com.
E-mail: [email protected]