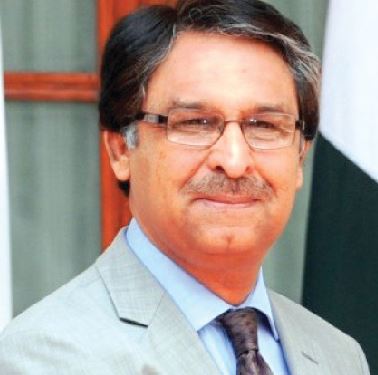 India, Neighbours and the Paradox of Hegemonic Ambitions

Many international observers of South Asia often cast aside Pakistan’s concerns vis-à-vis India as mere paranoia. They tend to forget that there are solid and cogent reasons for Pakistan’s genuine security concerns in the face of Indian aggression since independence in 1947. India refused to implement UNSC resolutions to hold a UN-sponsored plebiscite in Kashmir and failed to implement the verdict of the international tribunal on Sir Creek issue. India played a major role in the dismemberment of Pakistan in 1971, illegally occupied the Siachen glacier in 1984 and initiated the construction of dams in violation of the Indus Waters Treaty so as to starve Pakistan economically by reducing its share of water. Similarly, India continues to support dissidents from Balochistan and hostile elements in Afghanistan to destabilize Pakistan and introduced the Cold Start Doctrine to subdue Pakistan. These are just some of the examples of Indian aggression and reflect part of a broader effort to assume regional hegemony.

So what has India actually achieved over the last 72 years of its existence? A hot Line of Control with Pakistan, a hot Line of Actual Control with China, tensions with Bangladesh over the Citizenship (Amendment) Act, hostile relations with Nepal, lack of trust with Sri Lanka and a deep sense of insecurity amongst other South Asian countries.

During my posting to New Delhi from 1999-2003, I came across a document that had been approved at the highest level, spelling out India’s strategy towards Pakistan. It acknowledged that “India could not impose a decisive war against Pakistan due to the nuclear factor. However, it was important to bring Pakistan to a manageable level of hostility of the kind that India faced from Nepal, Sri Lanka, Bangladesh, and Bhutan.” The document listed the recommended steps to intensify hybrid warfare against Pakistan including strengthening of its “assets in Sindh (a political party whose London wing is now proven guilty), Balochistan (BLA, BRA and others), economic strangulation by denying economic opportunities, and cultivating hostile elements from neighboring countries to destabilize Pakistan.” This strategy was employed following the military standoff between India and Pakistan in 2001-02 when India deployed close to a million troops along Pakistan’s border.

BJP’s philosophical moorings are based on the Hindutva ideology, the notion that India is a fundamentally Hindu nation. This ideology aspires for Hindu domination of India and South Asia more broadly. BJP’s Akhand Bharat concept is meant to advance this precise objective of bringing other South Asian countries within Indian control and influence. Reinforcing this point, a classified CIA document dated May 1998 and released in 2001 highlighted: “The BJP calculates that demonstrating its nuclear prowess and bending its neighbors to its will should earn India world power status and a permanent UNSC seat.”

The writer is a former Foreign Secretary and served as Ambassador of Pakistan to the U.S.
E-mail: [email protected]