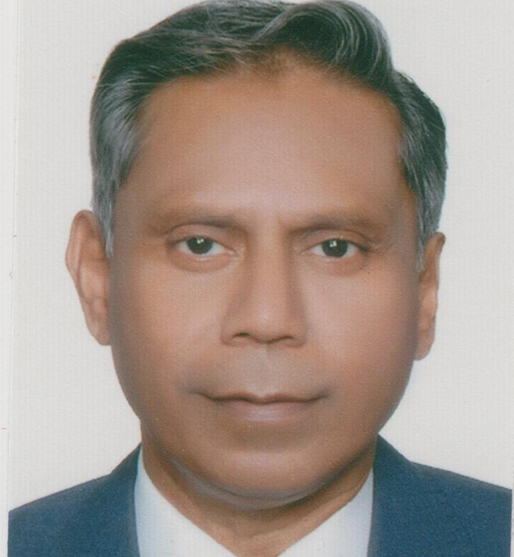 While India is trampling human rights with impunity in the Valley of Kashmir and subjecting the minorities to a reign of terror, Indian army is executing incessant firing across the Line of Control (LOC) and killing civilians mercilessly.

Such an abject attitude towards human rights as that displayed by Indians should not come as a surprise because the guiding principle for Indian diplomacy, administration and governance emanates from Chanakya alias Kautilya (c. 370-c. 283 BCE), an Indian Brahmin teacher, philosopher and royal advisor to the Maurya dynasty (322-297 BCE), who is also historically credited for the founding of the Mauryan empire.

Arthashastra talks openly about using violence and even justifies it. Chanakya professes assassinating an enemy and deems it useful, while killing domestic opponents is considered wise. Chanakya lays emphasis on the use of secret agents and even advises when one needs to sacrifice one’s own secret agent. The question of how the King can use women and children as spies and even assassins is responded to. His treatise is based on immorality, deceit and guile counsels on the opportune moment for a nation to violate a treaty and invade its neighbour.

In a typical Chanakyan manner, Indians have canonized their mentor by naming their diplomatic enclave in New Delhi as “Chanakyapuri”. Few wonder then that the basic ingredients of their foreign policy are unabashedly borrowed from Chanakya’s Arthashastra.

This brief introduction was essential to get a better understanding of the method in the Indian madness. Indian coercive diplomacy and brutal use of force stem from Arthashastra’s concepts of using the weapons of diplomacy and force with such a strong preference for the former in all its forms as to make the State administration essentially a work of art requiring the exercise of the highest qualities of intellect and character on the part of the ruler. The essential features of the State policy of modern India—some only professed, others fully or partly practiced—namely: non-violence, non-alignment, secularism and parliamentary democracy, appear to be the ‘weapons of diplomacy’ in the modern context to achieve the goal of Vishal Bharata (Greater India).

While Pundit Jawaharlal Nehru, Lal Bahadur Shastri, Indira Gandhi et all have been ardent followers of Chanakya’s dictums, the current Indian Prime Minister Narendra Modi is a blue blooded disciple of the ancient Indian strategist. He cut his teeth as the Chief Minister of the Indian state of Gujarat, where he experimented with genocide by inciting the infamous Gujarat riots in 2002 to achieve ethnic cleansing by exterminating Muslims. The heinous act rewarded him with re-election as Chief Minister of the state. Promising to repeat the Gujarat experiment at the national level, Modi was elected as the Prime Minister in 2014.

Shedding the cloaks of secularism, non-violence and non-alignment, Modi was voted into power with the promise of Hindu supremacy and the rise of Hindutva. Being a pracharak (activist) of the extremist Hindu group Rashtriya Swayamsevak Sangh (RSS) since 1971, Modi assumed the mantle of Prime Minister with a well-thought-out agenda. The macabre plot comprised the subjugation of Pakistan, amalgamation of Indian Occupied as well as Azad Jammu and Kashmir into India and the rise of the Hindu nation. To achieve the final goal, brute force has been unleashed on Indian minorities forcing them to flee India or convert to Hinduism. To gobble Kashmir, the schema has numerous prongs: Bring BJP into power in Indian Occupied Kashmir (IOK); repeal Article 370 of the Indian Constitution which grants special status to Jammu and Kashmir and browbeat the Muslim population as well as change the demographics of IOK by resettling Hindus in the Valley. Since July 8, 2016 when popular Kashmiri youth leader Burhan Wani was brutally assassinated, the Valley is in a state of conflict. Kashmiri youth have taken to the streets to protest the brutal murder of their beloved leader. The unarmed protesters, who comprise children and young boys, have been mercilessly fired upon by pellet guns, blinding and killing them.

To rub salt in the wound, Indian Army Chief has been challenging Pakistan in a cowardly and immature manner, to use its nuclear weapons. Little does he realize that he is endangering the entire region with nuclear holocaust if these weapons of mass destruction are used.

To subjugate Pakistan, numerous false flag operations have been carried out on Indian armed forces installations, blaming Pakistan for the well orchestrated assaults. The false flag operations are used by India as propaganda to denigrate Pakistan and blackball it as a sponsor of terrorism as well as making them an excuse to launch surgical strikes in Pakistan. To date not a single surgical strike has been carried out but false claims have been made to appease the Indian nation and media since mega hype for blackballing Pakistan has been created.

Indian machinations against Pakistan include the launch of high level spies and terror mongers of the ilk of Commander Kulbhushan Jadhav to mislead Baloch youth, instigate them to rise in insurgency after providing them training in guerrilla warfare, arming and launching them. Simultaneously, existing terror organizations like the Tehreek-e-Taliban Pakistan (TTP)have been infiltrated by Indian spy network RAW operatives to conduct more deadly terror attacks on Pakistan’s military installations, educational institutions, places of worship and congregation centers to create fear, mayhem and chaos.

In order to pressurize Pakistan further, the 2003 ceasefire accord has been violated and there is incessant bombardment and firing across the Line of Control (LOC). Not only military check posts are targeted but civilians are intentionally fired upon. School buses loaded with students, even hospital ambulances and the residences of civilians have been deliberately blown into smithereens, causing heavy civilian casualties. Such unprovoked and unethical acts had exposed the real face of India, who continues to violate the Geneva Convention by targeting innocent school children.

Not only is the ceasefire violation illegal but the deliberate targeting of civilians is a gross contravention of human rights. In 2017, Indian forces committed more than 1,800 ceasefire violations while in nearly two months of 2018, so far there have been over 300 ceasefire violations resulting in scores of deaths. While 425,000 civilians residing in areas near the LOC face constant threat to their lives because of Indian firing, 832 have already lost their lives. 3000 people have been injured as a result of unprovoked firing by Indian forces from across the Line of Control (LOC) and 3,300 houses have been damaged in the ceasefire violations. These figures were released by Director General Disaster Management Authority (DMA) Zaheer-ud-din Qureshi at the meeting of National Assembly’s Standing Committee on Kashmir Affairs.

To rub salt in the wound, Indian Army Chief has been challenging Pakistan in a cowardly and immature manner, to use its nuclear weapons. Little does he realize that he is endangering the entire region with nuclear holocaust if these weapons of mass destruction are used.

Indian military accuses Pakistan of establishing terrorists training camps in Azad Jammu & Kashmir where training is imparted to Kashmiri youth, who are launched to conduct terror raids across the LOC into India. Indian forces claim that they fire across the LOC to destroy such camps while surgical strikes are also being contemplated by Indian commandos to decimate such terror training camps. This is mere propaganda. India claims that it has erected twelve feet high walls along the LOC, dug ditches, installed barbed wire fences and the area is patrolled 24/7. Under these stringent measures, even a bird cannot fly across the LOC, what to talk about cross border movement of terrorists. Yet Indian media and army constantly claim of “terrorists” infiltrating into Indian territory or into IOK to conduct terror attacks.

A statement issued by the Foreign Office has said that the deliberate targeting of civilian populated areas, especially children is indeed deplorable and contrary to human dignity, international human rights and humanitarian laws.

The Foreign Office Spokesperson, Dr. Mohammad Faisal has urged the Indian side to respect the 2003 ceasefire arrangement and investigate the incidents of ceasefire violations. He also asked the Indian forces to respect the ceasefire in letter and spirit and maintain peace on the LOC and the Working Boundary. He urged that the Indian side should permit UNMOGIP to play its mandated role as per the UN Security Council resolutions. Despite these calls for restraint, India continues to indulge in ceasefire violations. In a bid to expose India’s inhuman ceasefire violations and deliberate and unprovoked targeting of civilians, especially children, women and old persons, Pakistan Army organized a visit of Defence Attachés of U.S., UK, France, China, Turkey and Indonesia to the Line of Control in Rawalakot Sector of Azad Jammu and Kashmir.

The jingoistic and belligerent attitude of India and its relentless targeting of civilians must stop. Pakistan needs to internationalize this xenophobic act of India and must resort to the United Nations to seek justice.

The writer is a former Group Captain from Pakistan Air Force who also served as Air and Naval Attaché at Riyadh (KSA).