Recently, after I went through my old treasured books in Cambridge, I found The Mantle Adorned: Imam Busiri’s Burda translated by Shaykh Abdal Hakim Murad which is a beautiful publication by Istanbul’s Mega Basim Yayin San. The Burda is said to be one of the most famous poems in world history on the Prophet Muhammad Rasul Allah (PBUH) and I had heard it many times in Ramadan but the veil of its importance, meaning, and sacred value for Muslims around the world just lifted off my eyes when I learnt about it, which I am sharing with you. This famous sacred poem is translated in many languages and learnt in childhood in many Muslim countries. This is relevant, especially in this and next holy months leading up to Muharram. My husband Arsallah gifted me this book in 2009 on Eid after he came back from the Cambridge mosque. Shaykh Hakim is an Englishman (Tim Winter) who is Muslim and has studied and mastered Islam and Arabic and is now the Dean of the Cambridge Muslim College, which he founded in 2009. The beautifully Turkish designed book is a translation of Imam Busiri’s love poem to the Holy Prophet, God’s Beloved, Habibullah. It is an expression of ishq-e-Rasul Allah. 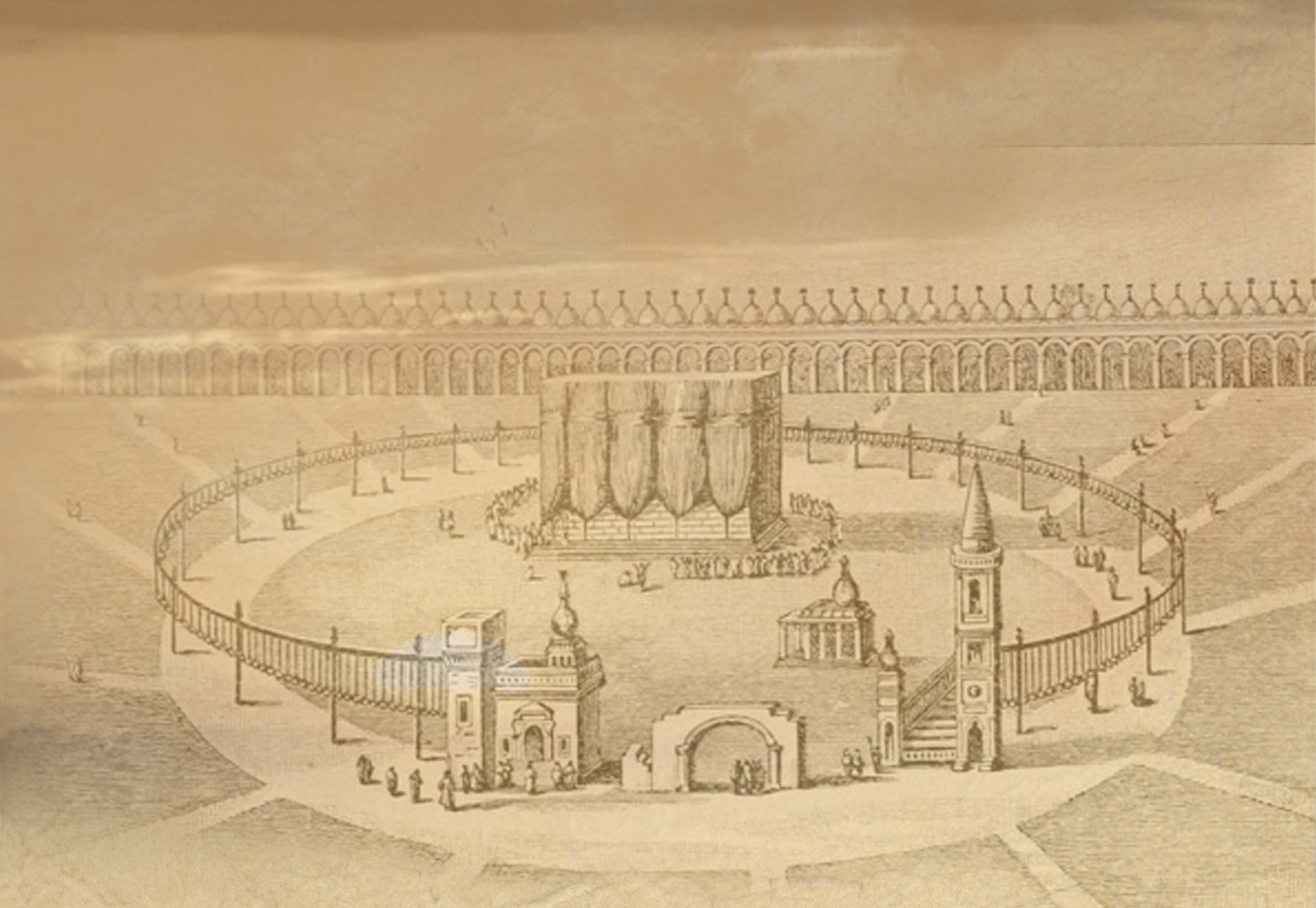 Today, we are so far away from the message of Rasul Allah (PBUH) whose last message to all people was a stunning sermon on peace, justice, racial and gender equality. This message is relevant to the whole world, especially today after incidents such as the May 2020 murder of the 46-year-old black African American man, George Floyd, in Minneapolis in America by the police authorities assigned to protect, not kill. As a result of the injustice of Floyd’s death due to his race and color, chaotic and violent mass protests have been seen in the U.S., Europe and in other parts of the world. A Pakistani man even painted Floyd’s image on truck art. But, approximately 1400 years ago the Prophet Muhammad (PBUH) summed up his own life’s mission in his last sermon, by challenging the practices of the days of ignorance, encouraging rights for women, men, and turning to the Holy Quran for guidance. The Prophet (PBUH) talked about brotherhood and respect for human life:
“All humankind is from Adam and Eve. An Arab has no superiority over a non-Arab, nor has a non-Arab over an Arab. Similarly, a white person has no superiority over a black person, nor a black person over a white person, except by piety and good actions.”
The Prophet Muhammad, Rasul Allah (PBUH), is a role model. The book that I have been working on, Gems and Jewels: The Religions of Pakistan, allowed me to interview Pakistanis of ten faiths. Many people including Pundit Channa Lal’s daughter Ashichanda from the Pakistani Hindu community has said her role model is the Prophet Muhammad (PBUH). Many Muslims I interviewed said the same. Indeed, it is not just ordinary everyday people, but also scholars from the East and West who see the Prophet (PBUH) as a role model. One of the most famous German scholars Goethe in his poem about Holy Prophet “Song of Mahomet” sings in praise of the Prophet Muhammad (PBUH) as the spiritual leader of humankind in the metaphor of a pearl-like stream flowing towards the infinite ocean. Hence, as a role model for humankind, the Prophet’s message becomes relevant and important for us to study in depth. A role model’s message, life and work become the focus of one’s love.
Shaykh Abdal Hakim quotes a Muslim poet yearning for the Prophet’s love who is described as a gem,
“My heart cries out and yearns
For that pearl of greatest price.”1 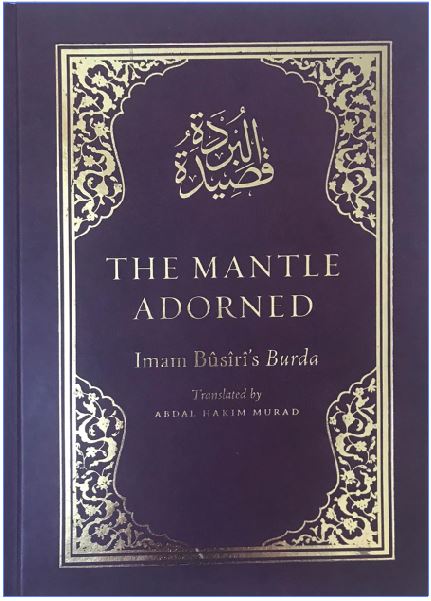 The force of religion comes only from the drive of love – no other drive can move the human spirit that intensely or that hard. So, we must enter religion through love, mabbah or mohabbat in Urdu. I am always upset and concerned when religion is taught through expressions of anger or fear. When I was invited as a chief guest to a school in the rural areas of Khyber Pakhtunkhwa, I found written on the walls: fear of Allah is the path to teach. The young girls were taught to fear and respect their teachers and fear Allah. In my speech, I reminded them that God’s name is Wadud (Love), and the Beloved is the most loving and kind. God is Rab ul Alameen, Cherisher of all of humanity and all creation, and the Prophet Rasul Allah (PBUH) is Rehmatulil Alameen.
The Prophet Muhammad (PBUH) has said that Beloved Allah, Rabbee, is beautiful, and that He loves beauty Allahu Jameelunwwa yuhibbu al-jamal therefore Imam Busiri’s poem is to the Beloved Prophet Rasul Allah, beloved of God. Muhammad Ibn Sa’id al-Busiri or Imam Busiri was born in Behnesa in Egypt in 1212 to a poor family or Moroccan Berber origin. Having memorized the Quran and other Islamic texts Imam Busiri travelled to Cairo in search of further knowledge. He took the roles of clerk and magistrate while learning from his Sufi spiritual guide Abu al-Abbas al-Mursi. Imam Busiri struggled with poverty, ill health, a bad-tempered wife, and several children in his life. In his middle age and at his most desperate time he suffered a stroke and it was then that, barely able to speak or hold a pen, he wrote a heartfelt poem dedicated to the love of the Prophet Rasul Allah. In reciprocation, it is said, the Prophet (PBUH) appeared to Imam Busiri in his dream and placed his burda (mantle or cloak) upon Imam Busiri’s shoulders. When Imam Busiri woke up, he found himself miraculously restored back to good health and lived a long life till 1297. Imam Busiri’s small but charming tomb and mosque is in Alexandria decorated with 94 verses of the Burda renovated and expanded by Mehmet Sait Paşa in 1864.
It is said that the Mantle Adorned is an aid to devotion and meditation. For blessing the beloved of Allah, Rasul Allah, and indeed all the prophets and saints, brings as Shaykh Abdal Hakim Murad rightly points out “a blessing to our lives, and stillness to the heart.” “For whoever blessed me,” says Rasul Allah, “shall be blessed tenfold by God.”2
The Burda has attracted more attention than any other Muslim poem. The Topkapi Palace in Istanbul whose treasures include the original mantle of the Prophet and a symbol of Muslim power and civilization for five centuries is adorned with Iznik tiles carrying the texts of the Burda. The walls of mosques and homes from Morocco to Indonesia are adorned with verses from the text. Salahuddin’s tomb in Damascus is decorated with verse 34.
Here are some of Imam Busiri’s verses which I have selected from his love poem to the beloved of the Beloved. The numbers vary as it is different verses I have selected from the entire poem:

As a scholar one may have read the Quranic verse in which God says we make no distinction between the Prophets (Baqara 136) yet coming from the perspective of a Muslim believer Imam Busiri in his state of illness, and in complete humility in the metaphoric state of his dark night wrote this heart-wrenching poem in praise and adoration of the Prophet Muhammad Rasul Allah, his namesake and through the Prophet (PBUH), Imam Busiri found his entrance to understanding his window of religion. Some of the verses of this beautiful and moving extended poem are so famous and played again and again on PTV and radio but now I am humbled to have uncovered this other gem – a form of worship- and devotion of a humble devotee.
During these sacred months that we are in now and with raging debates about race, justice and equality, the message here reminds us that we all must question ourselves and ask how we can awaken from a khwaab-e-ghaflat – a state of slumber. In a world that is fraught with multilayered tensions and where we have many difficult world leaders with little understanding of how to respect people of all groups and faiths, how can we as individuals make our world a better place by reviving a sense of being awake, learning, and embodying the values of our great heroes such as Rasul Allah (PBUH) who promoted justice, peace, respect, and inclusivity towards all human beings of all religions, genders, and colours. May Rabbee grant us all peace of mind and heart and help all of us to reach and search for knowledge through a love of the Beloved and all his beloved prophets and saints.

The writer was the Program Director of the Seerat Centre at the Higher Education Commission of Pakistan in 2019.