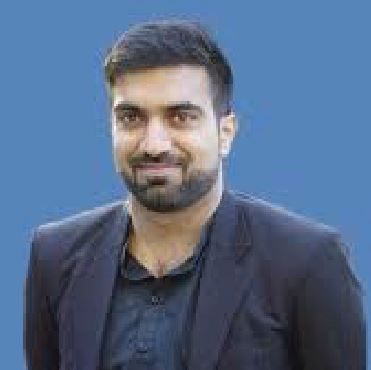 Hangor: The Night of the Shark

A tale of Pakistan Navy guarding the maritime borders of Pakistan during the 1971 War, especially PNS Hangor that caused India the largest naval loss in its history as it sunk INS Khukri.

The war of 1971 has long been overshadowed by the sundering of Pakistan and the creation of Bangladesh through a mix of sponsored terrorism and military aggression. However, even during this dark period, Pakistan’s military forces managed to inflict devastating defeats to a numerically superior and diligently prepared enemy. For example, Pakistan’s defense of Kamalpur against a vast joint force of the Indian Army regulars and Mukti Bahini was praised by the Indian General, Sam Manekshaw, who wrote a letter full of praise to both the Pakistani officer in charge, Captain Ahsan Siddique Malik, as well as Chief of the Army Staff.
The 1971 War was also the war which saw major naval engagements in the seas. In 1965, a successful Pakistani naval action caused the Indian Navy to restrict themselves to the ports, but in 1971 both naval forces undertook many maneuvers in the seas. The Indian Navy tried to mount an unsuccessful blockade of Pakistan which made it go head-to-head with the formidable Pakistani submarine squadron. Among these submarines, Hangor would rise to distinguish itself.
Hangor was one of three Daphné-class French submarines that Pakistan had acquired after a rather tedious process in 1966 by the Ayub administration. Renamed after its induction in Pakistan Navy, Hangor was the lead submarine of her class, which included Shushuk and Mangro – all commissioned in 1970. Its Bengali name would be a homage to the ultimate predator of the sea, the Shark. Same was the case of the Mangro, which is a Sindhi word for Shark as well.
In August 1971, Hangor would go on its first war-time deployment for gathering intelligence on the Indian Navy as well as clearing Manora Island and Ormara Bay in the coastal areas of Pakistan. It would report back by September 1971 but would again be deployed in November of the same year to gather intelligence outside Bombay. During this time, it observed the movement of a large Indian flotilla heading towards Karachi. Hangor, not having clearance to engage the Indian Navy as of yet could only relay this information to the homeland but this communication was intercepted by the enemy. The Indian Navy would dispatch two frigates, Kirpan and Khukri, to find and destroy Hangor. Both were British Blackwood frigates, which were considered among the best surface naval vessels in the South Asian waters at that time. A day later, on December 4, Hangor would receive clearance from the headquarters to engage and destroy the Indian naval vessels. It would be on the night between December 9 and 10, that a battle would be set between the hunting frigates and their quarry.
Hangor was making for Kathiawar Coast when it detected the two Indian frigates and moved to intercept them. It initially launched a single torpedo against the Kirpan but for some reason it did not strike the target despite being on the same path. This not only alerted Kirpan but Khukri as well, which adopted an intercept course for Hangor. Hangor’s targeting team quickly reacted and fired off a second torpedo on the approaching Khukri. This torpedo sped and struck Khukri, resulting in an explosion as the ammunition storage area, also called a magazine of the ship, was struck. With this, Hangor’s name would be etched in history as the first submarine after World War II to sink an enemy ship. It also gave India its largest naval loss in history with deaths of 18 officers and 176 sailors.
Hangor fired a third torpedo on Kirpan which struck but could not detonate its magazine allowing the struck Indian ship to flee from the battlefield, leaving behind the sailors of Khukri to drown. The Indian Navy would pursue Hangor with vengeance, mounting a massive search utilizing ships and aircraft but to no avail. Hangor would return to its base on December 13, safe and sound.
Despite the dark conclusion of the 1971 war, Hangor continued to stand out in honor and served the Navy along with Mangro and Shushuk. They were joined by another Daphné-class, Ghazi, in 1975. All Daphné were decommissioned in 2006 and Hangor has been preserved in the Karachi Maritime Museum with honor. However, this would not be the end of the name Hangor. In 2015 Pakistan decided to acquire 8 Type 039B from China that would be designated as Hangor Class. This would guarantee that Hangor’s name would continue to guard the maritime borders of Pakistan.

The writer is an M.Phil scholar from NDU and writes on international affairs.