Armed Forces of Pakistan are fully capable and prepared to thwart any type of threat, be it internal or external: COAS
The graduation ceremony of 144th GD (P), 90th Engineering Course and 100th AD courses was held at PAF Academy, Asghar Khan on February 2, 2021. Chief of the Army Staff (COAS), General Qamar Javed Bajwa, was the chief guest of the ceremony. Chief of the Air Staff, Pakistan Air Force, Air Chief Marshal Mujahid Anwar Khan, was also present at the occasion. 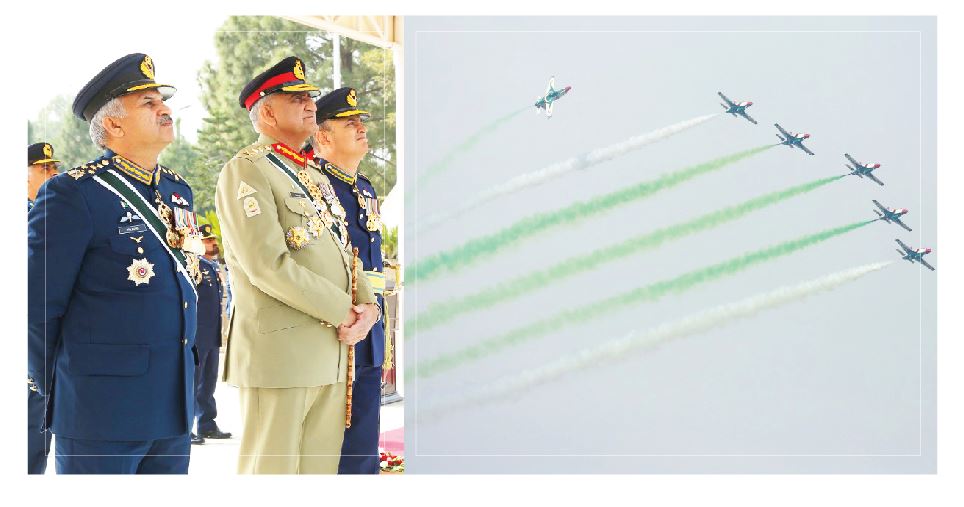 While addressing the graduating officers, the COAS said, “Pakistan is a peace-loving country that has rendered great sacrifices in its quest for regional and global peace. We stand firmly committed to the ideal of mutual respect and peaceful co-existence. However, we would not allow anybody or any entity to misinterpret our desire for peace as a sign of weakness. We are fully aware of the atrocities being committed against the innocent people of occupied Kashmir who have been held hostage against their free will and in violation of the Resolutions of United Nations. We will continue to extend moral and diplomatic support for their just and indigenous struggle for freedom.” He further said, “Armed Forces of Pakistan are fully capable and prepared to thwart any type of threat, be it internal or external. The immaculate coordination and harmony displayed by all the three services in operations against the anti-state elements has brought great improvement in the internal security environment. Let me commend the critical role played by Pakistan Air Force in annihilating the sanctuaries of the terrorists in rugged border areas. The outstanding courage and professional excellence displayed by brave air warriors of Pakistan Air Force during Operation Swift Retort is a manifestation of the Quaid’s vision of an Air Force second to none. The whole nation is proud of its Air Force and I earnestly hope that PAF will scale further heights of glory and excellence in the years to come.” Speaking about cadets from friendly country COAS expressed, “I am highly pleased to see the cadets of our brotherly country Kingdom of Saudi Arabia at PAF Academy Asghar Khan. Their presence at this premier PAF training institution is a manifestation of warm fraternal ties between Islamic Republic of Pakistan, Kingdom of Saudi Arabia and our defense forces. Indeed, we are proud of the strong bonds of Islam, brotherhood and cultural communion that bind us together.” 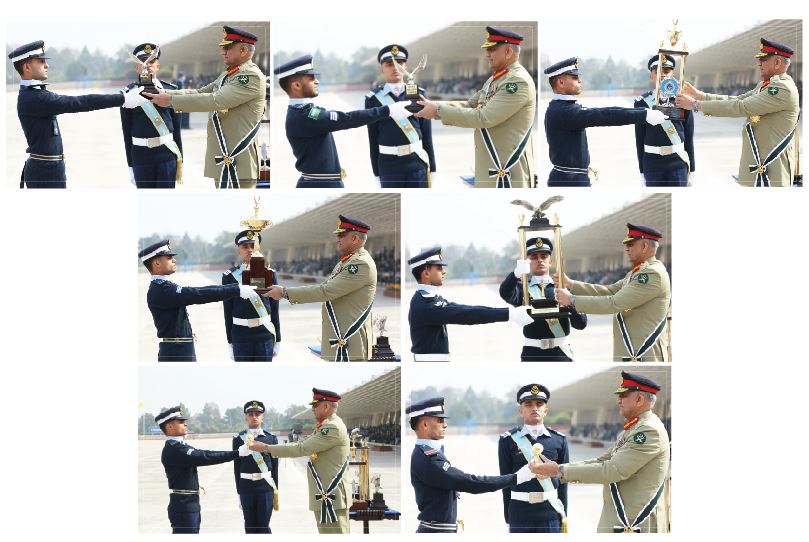