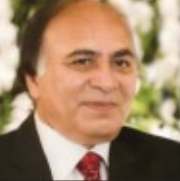 Energy is important for the development of a country. Societal development is also gauged by the production of energy since it is one of the sustainable development goals for poverty alleviation. It is crucial for the energy source to be affordable, reliable and continuous, besides being without greenhouse gases1 (Table 1) to mitigate climate change. For this the scientific community is challenged to generate clean energy.

There are many sources to produce energy. If we compare the world’s energy mix with Pakistan’s energy mix we can have a clear idea about where we can take action to obtain cheaper, continuous and green energy (Table 2).  In Pakistan, our fossil fuel consumption is more in our energy mix, which contributes towards greenhouse gases. In fossil fuel the oil fraction is more as compared to the world fossil fuel energy mix. This also makes energy expensive in the country.

Nuclear power is one of the best known sources of energy, produced by disintegrating atomic nuclei in the reactor in a controlled manner. In 1938, first control fission occurred and after that atomic bombs were dropped at Hiroshima and Nagasaki in 1945. The results of the nuclear explosion scared the inventors and they started thinking of ways to utilize this tremendous power of nuclear energy for peaceful purposes. Electricity was first generated by a nuclear power reactor in December 1951. Soon after, the U.S. President Eisenhower floated the program of “Atom for Peace” in the UN, and in 1952 and 1954 U.S. and Russia respectively started civil nuclear power projects, offering help to many countries.
The commercial nuclear power generation first started in October 1956 by generating 50MW from Calder Hall power reactor in the UK.  The nuclear power picked up very quickly due to its benefits such as being reliable, cheap, uninterrupted and green all at the same time. Nuclear power has many advantages against all forms of energy.

The only solution for the mitigation of climate change is nuclear power, having advantages as a mature technology, continuous, cost effective, having stringent safety standards and being environment friendly. It must replace fossil fuel and other energy sources.

If we compare it with coal, a 1 kg U-235 produces the same amount of energy equivalent to 3000 kg coal and 1 kg of coal produces 2.8 tons of carbon dioxide, which means 1 kg of uranium saves the world from 8400 tons of CO2.  The carbon dioxide is very dangerous, stays 70 years in the atmosphere and is the largest source of global warming.5 Every year about 34 billion tons of carbon dioxide is put up in the atmosphere by human beings out of which about 14 billion tons comes from electricity production alone.
If we compare nuclear energy with other forms of energy such as hydropower, the latter while defined as renewable and green has many disadvantages such as covering large farming land area, being biodiversity unfriendly, and causes drought. Similarly, wind energy is also renewable and green, but it also covers a large land area and uses sulphur hexafluoride (SF6) gas for coating of turbines. Hence it becomes very toxic and stays for about 1,300 years in the atmosphere. 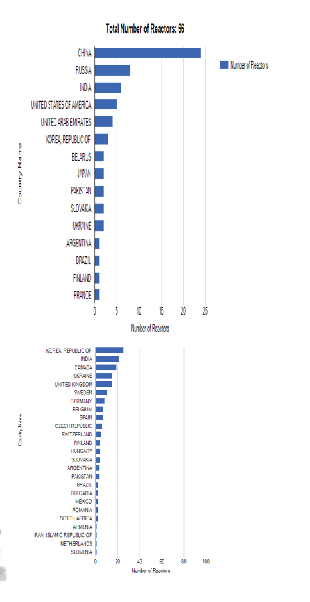 Solar energy is also renewable but solar panels causes environmental problem during manufacturing as they use heavy metals, hydrofluoric acid and nitrogen triflouride (NF3). The NF3 is 1700 times more toxic than carbon dioxide and stays 100 years in the atmosphere. The other problem is that after completing their lifespan of 10-15 years, these panels need to be disposed off. The waste disposal laws of solar panels and methods have yet to be approved. Solar panel waste is expected to exceed 10,000 tons by 2020, and eventually estimated to grow up to 800,000 tons by 2040.6
Nuclear power has marked advantages over the competing energy sources. It has no net carbon dioxide emission, as compared to gas, coal and oil, and is continuous with low operating cost. The world demand for energy is increasing every year and is expected to increase 100% from 2000 to 2030.  Now the nuclear power is also defined as a renewable energy by some scientists because it fulfills some criterias of renewable energy. This characterization is, however, contested by some. Nuclear power seems to be the only feasible solution to provide continuous and green energy. On the other hand, nuclear power produces waste, which has high radiation, though it decays with the passage of time and is the most safely regulated waste in the history of mankind. The waste produced in the nuclear power plants is very small, solid and stored very carefully and efficiently under the safeguards of IAEA.
These advantages of nuclear power paved way for the countries to acquire nuclear power plants for renewable and green energy. This started the renaissance of nuclear energy in 1996 slowly and surely and it kept on going. By 2012, nuclear energy contribution increased from 6% to 16%.
First the Chernobyl accident in 1986 put pressure to develop more objective safety procedures but did not affect the nuclear power generation. Then the Fukushima accident occurred on March 11, 2011 which resulted in the immediate review of nuclear energy and nuclear power plants in most nuclear energy producing countries. It halted the nuclear energy renaissance and expansion of nuclear program, and the nuclear energy production fell from 15% to 12%.
At the end of 2014, to mitigate climate change throughout the world, many leading conversations of the scientists, environmental and biodiversity community started giving importance to nuclear energy in the global energy mix to reduce greenhouse gases, as 34 billion tons of carbon dioxide is put up in the atmosphere by human beings every year. Out of this, 14 billion tons alone is from electricity production by the use of fossil fuel, whereas, nuclear reactors produce green energy and the waste produced is handled very carefully and efficiently.
Considering the above mentioned details, the only solution for the mitigation of climate change is nuclear power, having advantages as a mature technology, continuous, cost effective, having stringent safety standards and being environment friendly. It must replace fossil fuel and other energy sources.
This started the revival of the renaissance of nuclear power in 2016 and some 31 countries applied to IAEA for nuclear power plants. About 66 nuclear power plants are under construction and now a total of 449 are working globally (Fig 1 & 2).7 There are two drivers of current revival which are pushing for renaissance; first it is estimated that increase of global demand of electricity will occur from 400 gigawatts in 2020 to 480 gigawatts in 2030, 595 gigawatts in 2040 and 760 gigawatts in 2050. Second, mitigation of carbon dioxide to tackle climate change. It is estimated that to get rid of carbon dioxide about twenty to twenty-five IV-generation nuclear power reactors (NPR) should be coming up every year. This is after taking care of those NPRs which are going in dismantling stage.

There is another option of nuclear power production i.e., the Small Modular Reactors (SMRs) with reactors of less than 300MW. Many countries are working worldwide on SMR technology, particularly the advanced countries are working on the design of SMRs. They have many advantages such as low initial cost, being factory produced and easily transportable. It is expected that the first SMR will be working commercially by the end of 2020. The SMR technology is also feasible for Pakistan because it has low initial cost, uses low enriched fuel, does not need a gridline and will save heavy line losses of about 18%.

There is another option of nuclear power production i.e., the Small Modular Reactors (SMRs) with reactors of less than 300MW. Many countries are working worldwide on SMR technology, particularly the advanced countries are working on the design of SMRs. They have many advantages such as low initial cost, being factory produced and easily transportable. It is expected that the first SMR will be working commercially by the end of 2020.

Pakistan has been striving for energy sufficiency since its inception. The country with a population growth of 2.2 billion needs continuous increase of electricity production to meet the demand of the growing population and developing economy. To cover the future deficiencies of about 2000-4000MW and control greenhouse gases, nuclear power generation seems to be the most feasible technology.
Pakistani scientists are more experienced with 50 years of safely handling, managing and technically disposing radioactive waste of the nuclear reactors. At present, 5 NPRs are working in Pakistan, producing about 1355MW of energy, whereas, 3 NPRs are in the building stage and 4 are in the planning stage.8
Pakistan has to achieve the target of 8800MW by 2030 and 40000MW by 2050. To achieve 1500MWe in 2020 and 8800MW in 2030, 6 new sites have been already selected in Muzaffargarh, Qadirabad-Buluki, Dera Gazi Khan, Nowshera, Guddu and Sukkur. This nuclear energy production plan is a part of energy security plan 2005, given by the Pakistan Atomic Energy Commission (PAEC) and approved by the Government of Pakistan.9

The writer is Senior Research Fellow at Centre for International Strategic Studies (CISS).  He has worked for 40 years at PAEC. He is former President of Pakistan Nuclear Society and Executive Secretary of Abdus Salam International Nathiagali Summer College. His special interest lies in Nuclear Knowledge Management, Nuclear Energy & Climate Change, Nuclear Technology for Peaceful Uses and Nuclear Diplomacy.  He is  founder member of Friends of ICTP & Convener of Friends of ICTP-Pakistan. He is also Associate Editor, JPMS USA and Advisory Board Member of Global Affairs.
E-mail: [email protected]