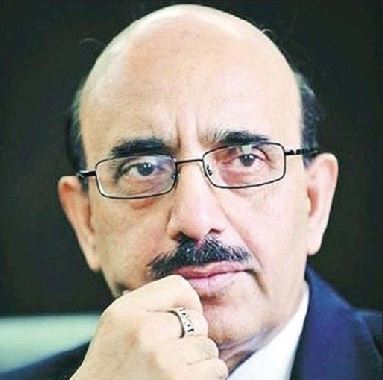 Pakistan is facing four serious external challenges, which need to be addressed very carefully. Any approach to handle them must pass through two exacting crucibles – security and economic development.

The first challenge is our relations with India. Pakistan has been trying hard to start a dialogue process with India since the signing of the Simla Agreement, which essentially relegated the issue of Jammu and Kashmir to the bilateral plane. We insist that the issue is international in character on the basis of the UN Security Council resolutions on Jammu and Kashmir passed in the late 1940s and 1950s. India brushes them aside and wants to confine the issue to the bilateral realm and then snow it under a straggle of disparate agenda items. Besides, dating back to the 1990s, India has wrongfully but deliberately equated the struggle for freedom and self-determination in Jammu and Kashmir with terrorism. Political dissent, in any form, is terrorism in the Indian Occupied Kashmir. In the meantime, India has benefitted from our lukewarm and irresolute projection of the Kashmir issue at the international forums since 1972, though this too has, to their chagrin, helped to keep it alive up to this day.

India has a long-term policy on Kashmir and its relations with Pakistan. On Kashmir, it would delay any substantive engagement with Pakistan and in the meantime keep altering the ground realities in Kashmir to create conditions for the integration of the territory with India and to crush aspirations for liberty amongst the people of Jammu and Kashmir. After failing to subdue Pakistan post-1971, it decided to undermine Pakistan from within. Pakistan's nuclear capability has created a strategic parity with India. A war with a nuclear Pakistan would be fatal for India. Despite its some half-hearted, pious pronouncements made occasionally about Pakistan for political respectability, it has deployed its intelligence operatives to penetrate political parties in Pakistan, pit one political force against another, fuel tensions among state institutions, and plan, finance, abet and back subversion and terrorism on our soil. India is pursuing a constant war of attrition against Pakistan. In addition, it has made it a mission to isolate Pakistan internationally and demonize it as an irresponsible, extremist and insecure state. The fact that all this has not happened so far does not mean that India would stop trying, or Pakistan in any sense is invulnerable.
Our policies towards India are value-driven, short-term and reactive; and hence a bit myopic. We oscillate between strategic machismo and fawning appeasement. This is not an adequate preparedness and response strategy. What we should understand is that, realistically speaking, India would not abandon its strategic designs vis-a-vis Pakistan. We should not count on India ever agreeing to normalize relations with Pakistan on the basis of sovereign equality and mutual respect and resolve outstanding disputes. This will have to wait. India is ready to shelve Kashmir and other divisive issues without any definitive solutions. The international community will continue to show understanding for the Indian stance and nudge Pakistan to move in the same direction.

Against this background, we should keep taking a firm stand on our principled position on Kashmir and other related issues. We must not allow the international dimension of our equation with India to go weak or vaporize. Pakistan is too big, too significant to assume a subservient role in Pax Indica, as per the Indira doctrine. For our part, there should be, therefore, no incremental capitulation on principles. We must remember that our time would come. Despite the stalemate we have with India, we should try to find solutions on water distribution issues. The levers of dialogue and engagement should be shifted to us. India right now makes us beg for talks that we know would yield no result and because India is not in a position to make any concessions. India's procrastination is part hubris part strategy. We should manoeuvre out of this rigmarole. Similarly, Pakistan should be in the position to deal with the periodic escalation in a manner that it does not spiral out of control. Pakistan's nuclear umbrella will not allow India to launch any ill-conceived conventional misadventure against us. But, in our interest, we should know when to lower the temperature. All state levers should be leveraged to counter India's sub-conventional, fourth generation warfare against Pakistan. In this context, the strengths of our media and civil society need to be consolidated and for that we have to rethink and finesse our current approach. We need a semblance of stability on our eastern border to maintain our security to keep developing economically. The best way to achieve our goals is to refine our defence capabilities to maintain their effectiveness and credibility, as well as to keep developing our economy until it reaches the top twenty bracket.

Afghanistan too poses vexing challenges for Pakistan. We should continue to invest in the peace and reconciliation in Afghanistan. The four-nation group has worked swiftly and made good progress by coming up with a roadmap. For the time being, this addresses one problem – that of mistrust between Afghanistan and Pakistan. But it does not bring a key interlocutor – Afghan Taliban – to the negotiating table. It would always be difficult to persuade them to forswear violence and pursue diplomacy. The trust between Afghan Government and Taliban is fragile and transient. President Ashraf Ghani is keen to move Afghanistan towards stability but there are political forces bigger than him that would be activated any time to undermine the process or strain relations with Pakistan. Afghan leaders quite often tend to speak testily to Pakistan like Americans and Indians are wont to do. Despite these risks, we should persevere in our present policy of promoting engagement, because this is the right thing to do, but not put ourselves in a position where we are blamed for its failure. Whoever becomes the next US President – a Republican or a Democrat – it is unlikely that the Administration would fund and beef up its military and security presence at the previous levels in Afghanistan barring a major catastrophe. It is probable that the US for all practical purposes may disengage and Afghanistan may plunge into yet another civil war. Pakistan should prepare for that scenario, even if it seems a bit hypothetical at the moment. Pakistan needs a strategy to deal with the likely fresh inflows of refugees and economic migrants and a spike in illicit economy. Pakistan should not ever overestimate its capacity to deal with such a scenario. On the contrary, Pakistan should always strive to keep the regional and international engagement on Afghanistan alive so as to hedge against possible, and obvious, risks. In the meantime, Pakistan should focus on getting maximum Afghan cooperation to manage and regulate porous Pakistan-Afghan border and strengthen strong economic linkages and stakes between the two countries.

It seems that the Middle East is imploding and this trend would continue for some time. The ultra-extremist, violent wave in the region and external interventions to fix its problems are exacerbating tensions. The order cobbled together last century in the Middle East is unravelling and crumbling. Pakistan has so far followed an astute policy of equidistance and impartiality. We should try to look at the region through the economic lens instead of religious or ideological prisms. The unity of the Ummah won't be achieved politically for the time being. It can, however, be fostered through economic interdependence. Pakistan has to take steps to keep it immune from the influence of Da'ish, which is a new fitna, and save its soil from a sectarian and denominational warfare, indigenously nurtured on externally sponsored.

Pakistan's relations with the US are back on track. The two countries are willing to expand their economic, trade and educational ties, and cooperate on Afghanistan and counter-terrorism. However, under strong Indian influence, Washington has been putting pressure on us to curb and curtail our nuclear programme, both qualitatively and quantitively. But this for sure is not going to happen. It is so queer that the US is more vocal than India on the lethality of the so called tactical nuclear weapons that Pakistan has developed for its self-defence. India is in fact quite blase and dismissive about them, because it knows the US is doing advocacy on its behalf effectively. It has been our constant, and legitimate, demand with the US and its allies to end nuclear discrimination against Pakistan and create space for Pakistan's relationship with the Nuclear Suppliers Group and other multilateral export control regimes. But we should not sound desperate for this because we have found alternate ways to meet our nuclear energy requirements. This effort of ours vis-a-vis international nuclear community may continue as a low key, while we should concentrate on other benefits that we can get from a stable relationship with the US. In our relations with the US, the nuclear track should be kept separate from our growing bilateral economic and defence ties.

I have highlighted four pressing challenges for Pakistan but the real strength in our policies would emerge from consolidation of our advantages by maintaining the robustness of our ties with China, implementing projects, in a timely manner, under the China-Pakistan Economic Corridor (CPEC), strategizing to attract investment for industrial development, and leveraging the strengths of our estimated 10-million strong diaspora community. It goes without saying that the home front is the most critical in expanding and raising the overall level of education, producing a new generation of corporate leaders, and reforming our governance structures to make them more productive, representative and responsive.

The writer is Director General, Institute of Strategic Studies Islamabad and a former Ambassador to the United Nations (in both New aand Geneva) and China.