Armed Forces' readiness and capacity building was also discussed and it was reiterated that necessary steps will be taken towards enhancement of the same. The Defence Minister lauded high professional standards of the Armed Forces and acknowledged their sacrifices in defence of their country including war against terrorism.

General Zubair Mahmood Hayat, CJCSC, who was on official visit to Bahrain, called on HE Field Marshall Shaikh Khalifa bin Ahmed Al Khalifa, Commander in Chief, Bahrain Defence Forces. Upon arrival he was presented with the Guard of Honour. Matters related to bilateral security and defence cooperation were discussed. Both sides agreed to further enhance cooperation between the two Armed Forces. 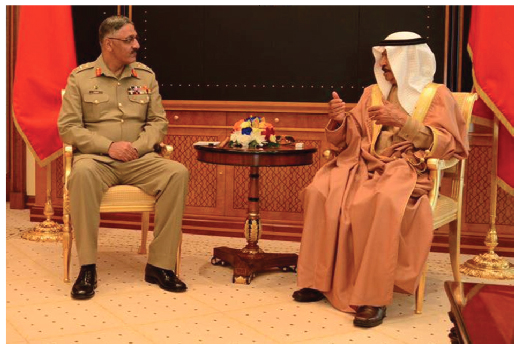