The world today faces multiple threats from different directions.
Climate change is considered the most potent threat that is affecting the entire world and unless the countries collectively take measures to combat it by reducing the emissions, its ill effects will increase with the passage of time. The Kyoto Protocol, an international agreement linked to the United Nations Framework Convention on Climate Change, commits its signatories to abide by the internationally binding emission reduction targets. The responsibility of decreasing these rests primarily with major powers and developed countries especially the United States, China and Russia being one of the the foremost emitters of greenhouse gases that cause the greenhouse effect. In terms of volume of emission the developing countries like India, Pakistan, Egypt, Nigeria and Mexico may be producing comparatively less but are already having a serious impact on the environment and local economy. Unfortunately, in United States the Republican presidents have been averse to global treaties for short term gains. President Bush never submitted to the Kyoto Protocol and President Trump has withdrawn U.S. from the Paris Agreement. It is projected that there is a buffer of only eleven years before it would be impossible to reverse the ill effects of climate change. Fortunately, the Paris Agreement enjoys a far broader support and participation than the Kyoto Protocol. This is reflected in the strong commitment on part of the former Italian Prime Minister Paolo Gentiloni, German Chancellor Angela Merkel, and French President Emmanuel Macron. 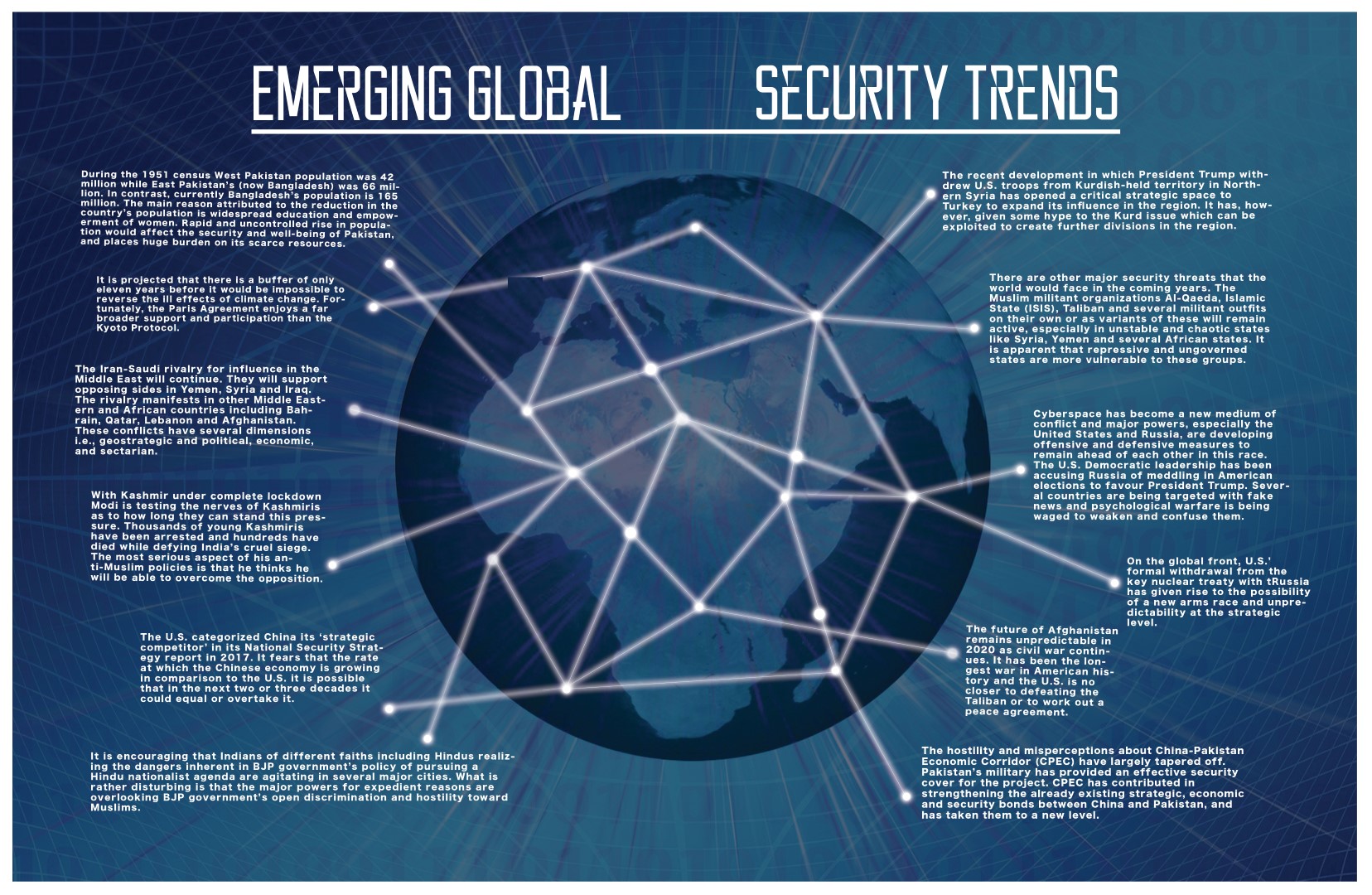 Rapidly expanding global population poses a serious threat to humanity as a whole. World leaders will have to earnestly deal with the population problem now, otherwise in the coming decades life would be intolerable on earth. Population can be limited by use of medical technology that includes use of contraceptives and sterilization procedures. The other alternative is to increase productivity, especially of agricultural products through the use of modern farming techniques. According to the last census, Pakistan’s population is about 220 million. During the 1951 census West Pakistan’s population was 42 million while East Pakistan’s (now Bangladesh) was 66 million. In contrast, currently Bangladesh’s population is 165 million. The main reason attributed to the reduction in the country’s population is widespread education and empowerment of women. Rapid and uncontrolled rise in population would affect the security and well-being of Pakistan, and places huge burden on its scarce resources.
Cyberspace has become a new medium of conflict and major powers, especially the United States and Russia, are developing offensive and defensive measures to remain ahead of each other in this race. The U.S. Democratic leadership has been accusing Russia of meddling in American elections to favour President Trump. Several countries are being targeted with fake news and psychological warfare is being waged to weaken and confuse them. Iran and North Korea remain most vulnerable from U.S. attacks. U.S. and China also have a history of targeting each other in cyberspace. Since both these major powers have the ability to seriously damage each other’s systems they avoid engaging in cyber conflict to a great extent and this restraint would continue.

The U.S.’ strategic alliance with India is primarily meant to counter China’s growing influence in the Indian Ocean region. The U.S. has shown a tendency in the past to overlook Pakistan’s strategic predicaments due to out of proportion support to India using the Chinese pretext. It will empower India to a level that can put other regional states’ interests in jeopardy.