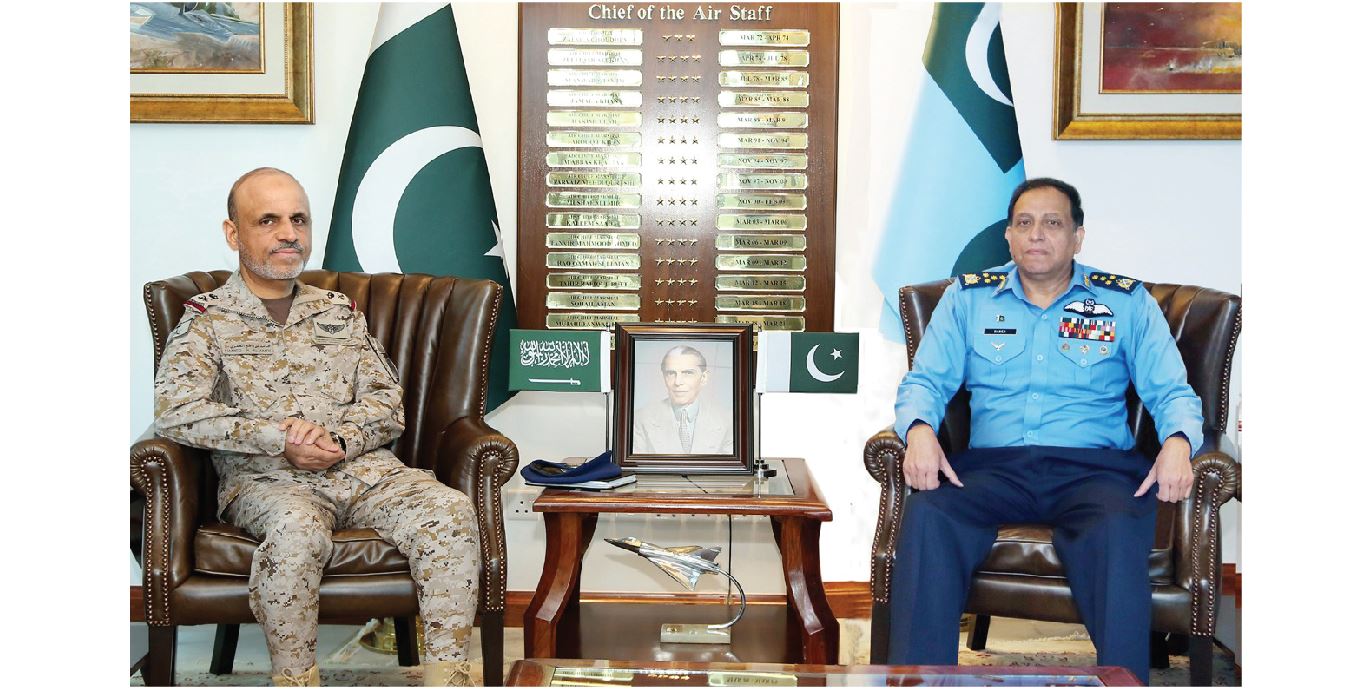 Major General Hamed Bin Rafei Al Amri expressed his grief over the devastation caused by the recent floods in Pakistan and offered sincere condolence to the families of the victims. He praised efforts of PAF personnel for their support to civil administration in the relief activities and rehabilitation process of the flood affectees. The dignitary also acknowledged the rising indigenous capability of PAF in the aviation industry and agreed to further optimize the existing ties between both air forces, particularly in training and operational domains.
CAS shared broad contours of PAF’s modernization drive to achieve operational capability in the contemporary warfare in air, space and cyber space domains as per PAF’s operational construct and said that PAF is fully focused on the acquisition and development of these technologies. He also said that Pakistan and the Kingdom of Saudi Arabia enjoy longstanding religious, cultural and historical bonds which are manifested through strong ties between both countries. CAS thanked the visiting dignitary for the unflinching support extended by the Kingdom of Saudi Arabia and reiterated that assistance from our global partners shall be vital for rescue and rehabilitation of the flood victims in Pakistan.