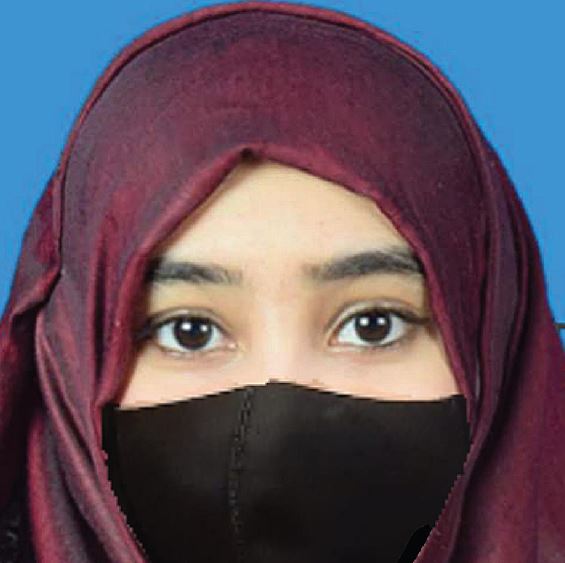 Breaching international laws, violating bilateral agreements, defying international obligations, and utter disregard of the United Nations resolutions are but a custom for the BJP-led India; however, this time, the BJP government has gone against India’s very constitution to further its Hindu extremist agenda.

The fate of the people of Indian Illegally Occupied Jammu and Kashmir (IIOJK) has now been taken away from the pepole of IIOJK. Instead it has been authorized to any Indian citizen who is living in IIOJK by including him in the voters list. Jammu and Kashmir Chief Electoral Officer, Hirdesh Kumar, invited the Indian population to vote in IIOJK claiming that a domicile certificate of Jammu and Kashmir is not a condition to become a voter anymore. A worker, a student, a laborer, or anyone from outside who is living in IIOJK can enlist his/her name in the voting list in accordance with the provisions of the Representation of the People Act.1 This, however, is not applied to the Rohingya Muslims, who have taken shelter in Jammu and other parts, as they have no voting rights whatsoever. The government officials are expecting 1.128 million2 new voters which adds to the voter count by more than a third.
Kashmiris had already been robbed of their right to self-determination by India. Lord Mountbatten and Jawaharlal Nehru gave their word to conduct a plebiscite in the region, and more than seven decades later, India went back on its words and claimed the whole region a part of India without the consent of the people of Jammu and Kashmir. India abrogated Article 370 of its constitution/special status of IIOJK and bifurcated the state of Jammu and Kashmir into two Union Territories. Moreover, the arbitrary action was followed by a complete lockdown of the region, complete blackout, and detention of thousands of innocent Kashmiris, including the political leadership.
Modi administration has outrightly forsaken the very notion of maintaining the image of decent, law-abiding, and moral governance and legislation. Being well aware that Article 370 cannot be abridged/abrogated, the Baharatiya Janata Party (BJP) went ahead with their illegal plan of action. Article 370 could only be amended in consultation with the then Constituent Assembly of IIOJK which is now impossible since the Constituent Assembly of IIOJK was dissolved in 1957. The High Court of IIOJK had passed its verdict declaring Article 370’s permanence which was endorsed by the Supreme Court of India. The abrogation of Article 370 and 35A is not only illegal as per the Indian Constitution, but the unilateral act of scrapping Article 370 and 35 A has no legal effect under international law either, as IIOJK is a disputed territory under international law and any legal or constitutional change in the IIOJK in accordance with the provisions of the Constitution of the occupying state of India has no validity and recognition under this law3.
Despite knowing that India’s fallacious claims that the actions in IIOJK are its internal matter hold no water, the BJP prepared a backup plan in case India would be cornered to fulfill its promise of conducting a plebiscite. India has been seeking to change the demographic structure of the occupied territory in flagrant violation of relevant United Nations Security Council resolutions, international law, and the 4th Geneva Convention. Since August 5, 2019, Indian occupation authorities have issued fake domiciles to more than 4.2 million Hindus to change the demographics of IIOJK. The BJP resorted to such measures even after observing how 33 years of brutality by the Indian authorities to force the Kashmiris to abandon their homes in IIOJK didn’t affect the resolve of the brave Kashmiris. According to the Kashmir Media Service report published in June 2022, “The IIOJK’s Muslim majority has been facing threat to its existence due to the forced expulsion, which is aimed at changing the territory’s demography and turning it into a Hindu state.”
Former Prime Minister and Peoples Democratic Party President, Mehbooba Mufti, has said that the administration in North Kashmir’s Baramulla district has given verbal orders to its officials to register non-local, CISF (Central Industrial Security Force), CRPF (Central Reserve Police Force), BSF (Border Security Force), and Indian forces’ personnel as voters in IIOJK.4 Indian Armed Forces in IIOJK are given immunity from any prosecution in the court of law under the Armed Forces Special Powers Act (AFSPA). Under this black law, Indian Armed Forces can detain/kill anyone with impunity. Indian Law Enforcement Agencies (LEAs) use the draconian Public Safety Act (PSA) to detain anyone whom they claim to be a threat to public peace and order. PSA and AFSPA have been repeatedly criticized by global human rights bodies and the international community, particularly the UN. Indian troops in IIOJK have been engaged in arbitrary killings, sexual crimes/rapes, and enforced disappearances. They are also accused of burying the victims of their brutality in mass graves. In the occupied valley, pellet guns have been used on innocent and unarmed protestors, blinding them for life. Several international organizations and human rights watchdogs have censured India for such brutal tactics. India has barricaded IIOJK and the media is not allowed to see or report the ugly truth about the plight of the oppressed Kashmiris. The treatment meted out to Kashmiris by India is below human dignity by any standard. They are forced to live as sub-humans in a fascist and racist state deprived of basic human rights.

There is a high incidence of rhabdomyolysis in IIOJK, a potentially life-threatening syndrome resulting from the breakdown of skeletal muscle fibers with leakage of muscle contents into blood circulation that causes kidney failure and torture being one of the reasons for the disease. The occurrence of this disease even surpasses the numbers that were infested by it during the Second World War.