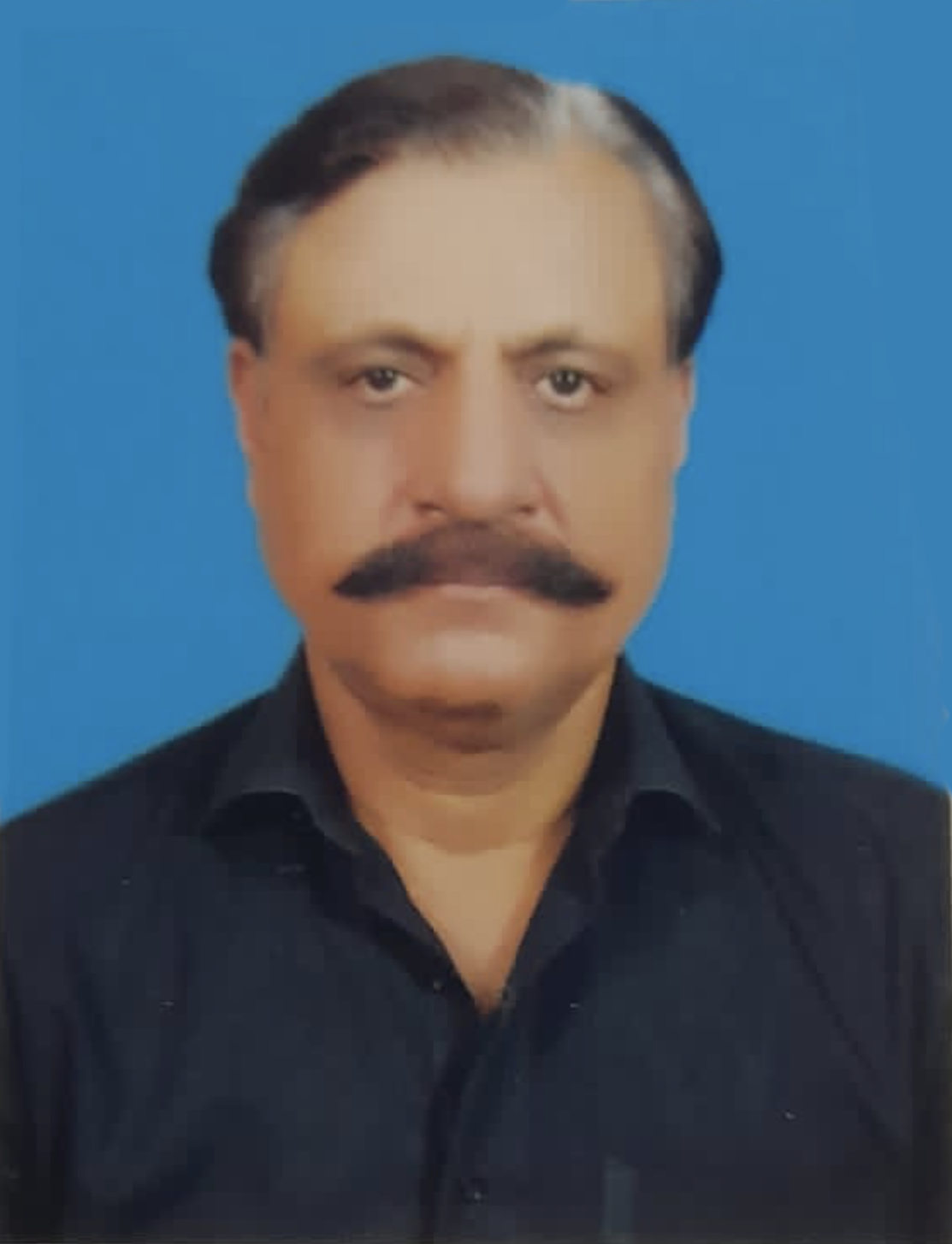 December 1971: A History with Tears

An anecdote of bravery, courage and resolve to fight the enemy against all odds. 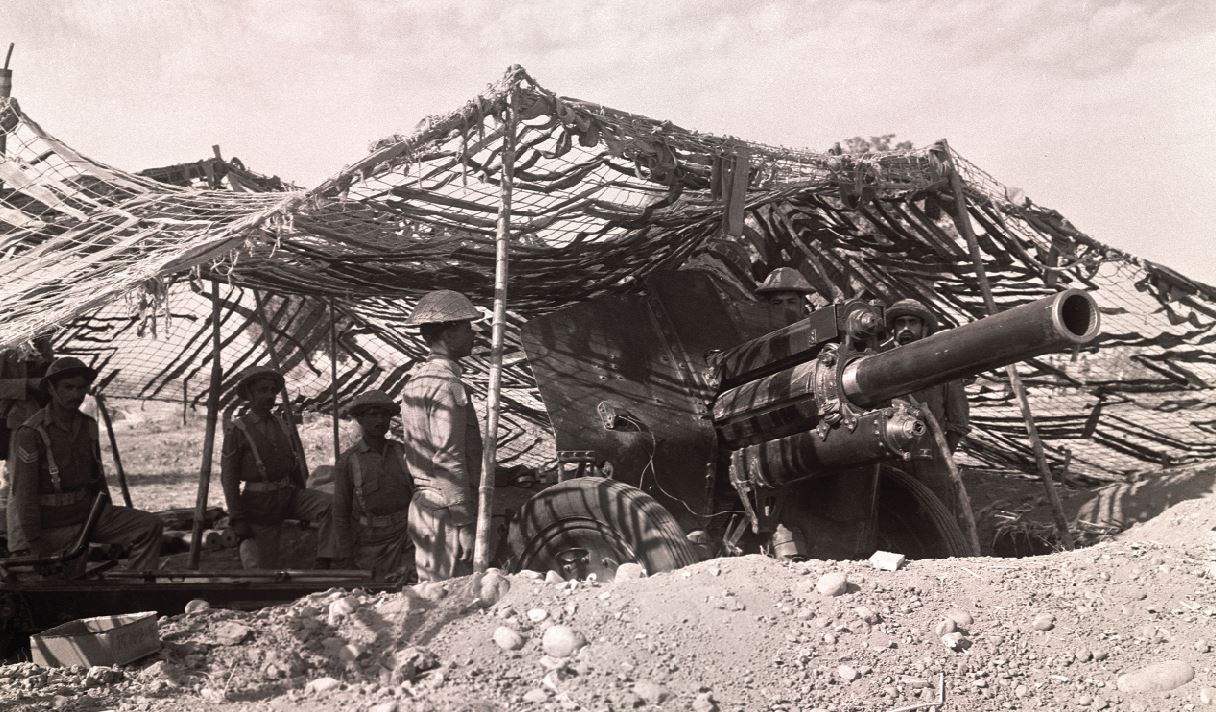 The evening of December 16, 1971 was not the same ordinary quiet autumn evening that tolls the knell of the parting day as it had always been before. It was rather a very gloomy and much more tranquil last light where everyone sat speechless, less the voice of the newscasters of 5pm news bulletin from Pakistan Television (PTV) and Radio Pakistan breaking the unbelievable news. Both Pakistan Army and Indian Army had decided on a ceasefire, thus bringing an end to the war. This breaking news continued by breaking the hearts saying that East Pakistan was no more and henceforth would only be found in the chapters of history. It would be the same land with the same inhabitants, but with a new identity as Bangladesh. 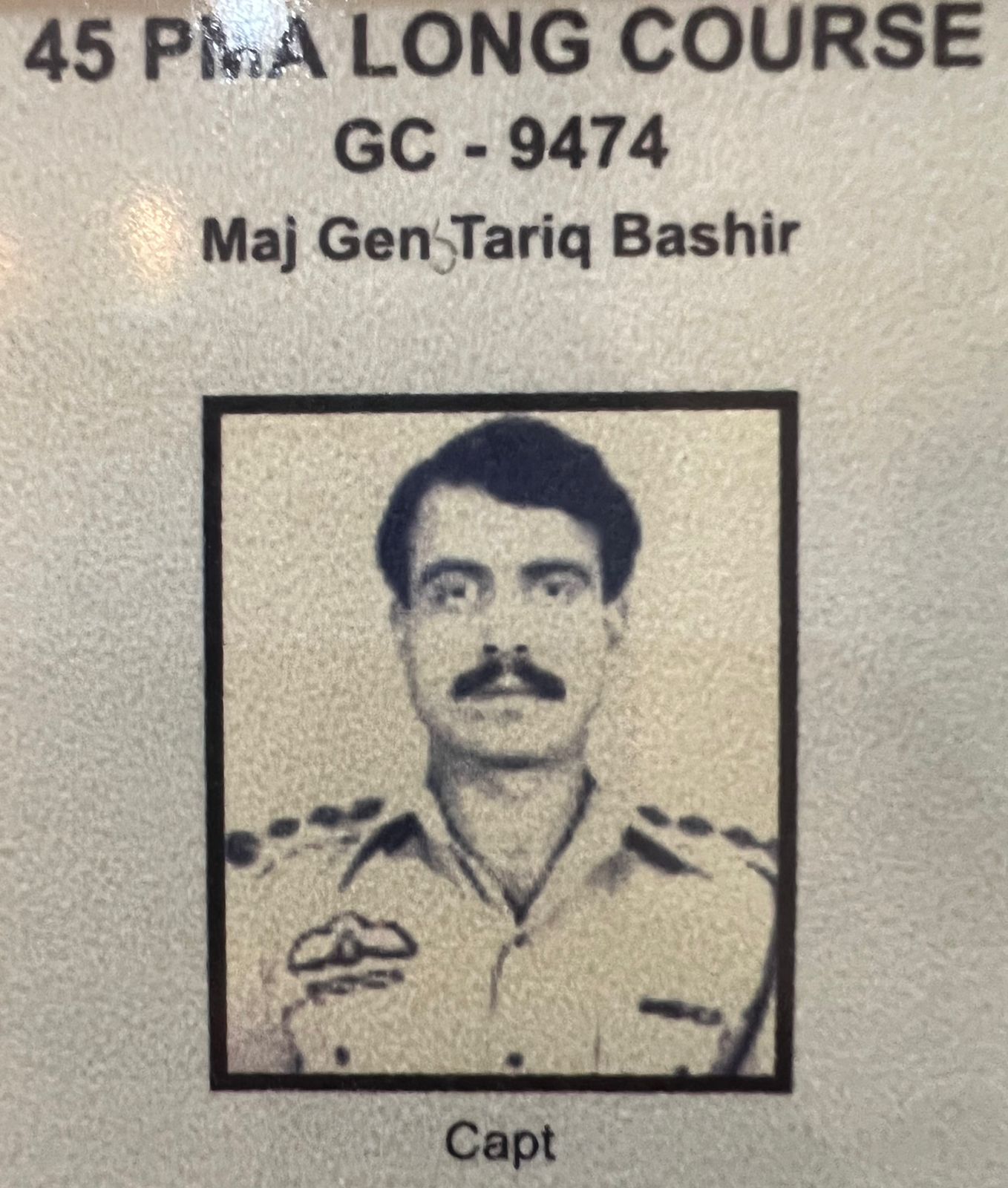 Pakistan Army fought its heart out and wrote new tales of bravery, but if you have unrest from within, then it becomes hard to fight on an external front, especially when you are hundreds of miles away from the central command with a vast enemy territory in between. Pakistan Army faced the same situation. The officers and men were still craving to fight and shed blood for the beloved land of East Pakistan, but owing to many factors, it all had to come to an end.
The far-off battlefront is full of chivalrous and breathtaking tales of bravery with many untold stories of unknown and unsung heroes. I always thought of getting some factual accounts of the battlefield and for that, I contacted none other than my elder brother, Major General Tariq Bashir (R) (late), who was in the middle of the action with his battalion, the 15 Frontier Force (FF) Regiment.
In an informal meeting on December 16, 2019, Major General Tariq Bashir (R), a veteran of 1971 War in East Pakistan, gave a brief account of military action on the Eastern front. He joined 15 FF Regiment in August 1971 as a Second Lieutenant. The regiment moved to East Pakistan during the month of September, just after one month of his joining. He narrated that when they reached East Pakistan, 15 FF Regiment was deployed at Jessore Sector. Initially they were busy in consolidating their positions by carrying out reconnaissance and sending fighting patrols against the militants. The militants in the shape of Mukti Bahini were operating covertly by placing mines and laying ambushes en route on the moving convoys and patrolling troops.
Deadly Encounter with Mukti Bahini
My elder brother mentioned that during one of those patrolling missions, he, along with his men, while moving on a narrow track between a water pond and a thick growth of vegetation, were fired upon by Mukti Bahini who were hidden in that vegetation. The attack was so sudden and firing so intense that they all had to be dispersed to get some cover. Having located the direction and the pattern of firing, he tactically deployed all his men. He divided them into three sections and gave commands while taking cover himself on the slope of the pond holding on to a bush to stay above water. One group remained with him, taking cover behind the slope of the same pond and kept firing at the enemy positions. The other two groups were ordered to take up positions on both flanks. The men crawled up to a chosen point and from that location, they charged in an assaulting action. At that moment, they were in the line of heavy firing, but did manage to take up their positions and started firing back. The General recollected that it was a classic example of a close quarter battle with rapid firing and swift tactical redeployment. They were right on target, but the miscreants got the reinforcements and there it turned out to be more than just a gun battle. Having sensed the gravity of the entire situation, he contacted the Battalion Headquarters and called for support from Battalion mortars, known as infantry’s own artillery. The response from the mortars was quick and accurate. They were right on target and support from the mortars proved very effective. Mortar shells landing and exploding in the enemy hideouts helped us to evict them from their positions. They all fled leaving behind some casualties.
The Main Front
He added that India attacked Jessore Sector on November 20-21, 1971. It a was full-fledged military offensive. India declared war on East Pakistan on December 3, 1971, but Indian army had been engaged with all our locations much before that. Having absorbed the main thrust of Indian attack at Jessore Sector and fighting for a few days, causing attrition and delay to the attacking enemy forces, 15 FF Regiment got fresh orders to disengage from Jessore and redeploy at Khulna.
Going down his memory lane, Major General Tariq gave a short account of the battle saying that pullout from Jessore area was not a complete disengagement with the enemy. 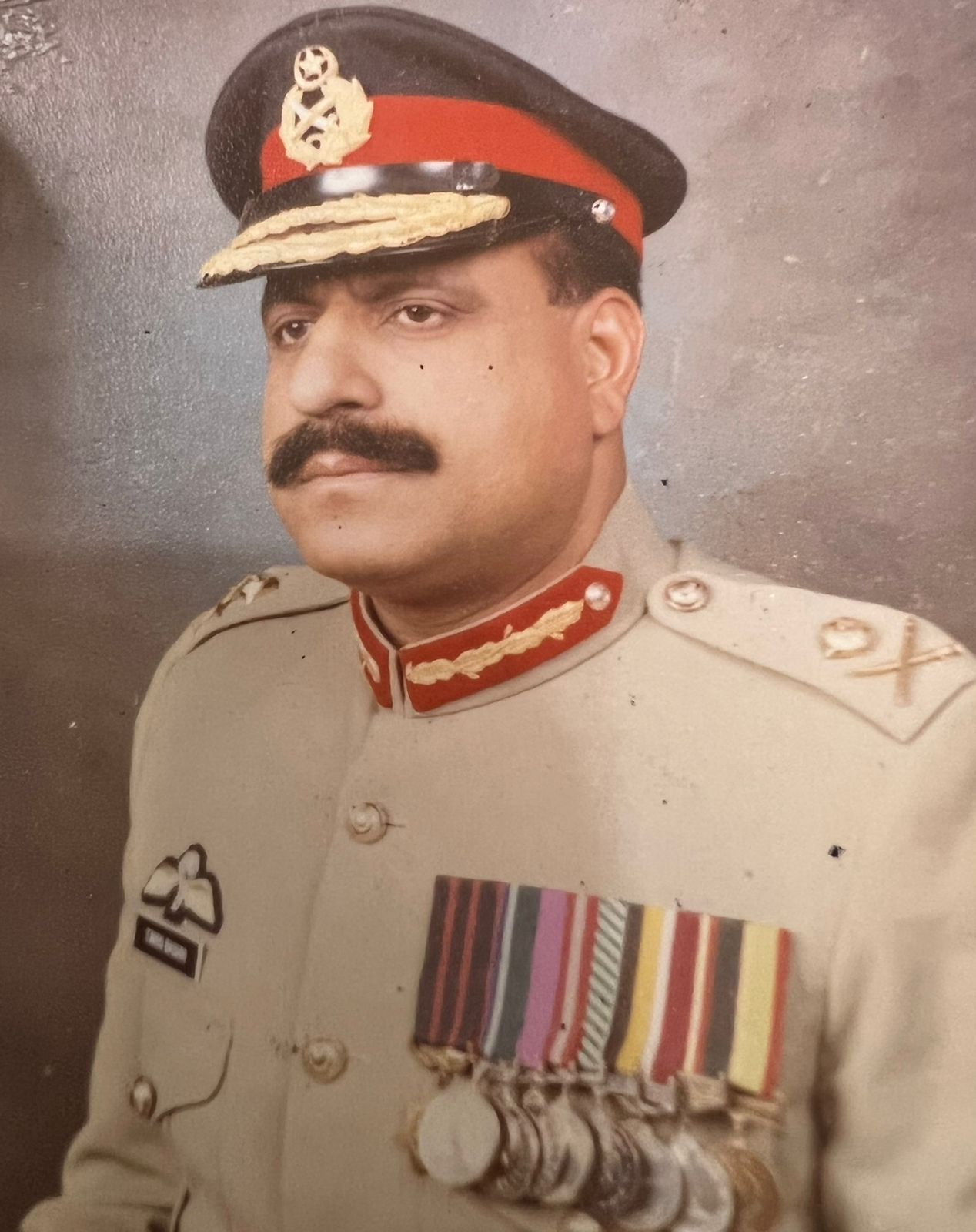 We withdrew in stages while remaining in contact with the enemy forces and also kept fighting. Therefore, the redeployment was stretched over quite a few days. By now, the war had started all along the Eastern border. Intense fighting took place at Khulna, Hilli and Jamalpur sectors. The Battle of Hilli was so fierce that it fetched the highest gallantry award, Nishan-e-Haider to Major Muhammad Akram Shaheed from 4 FF Regiment for laying down his life in an act of extreme bravery. He was given the gallantry award posthumously.
In Jamalpur Sector, the commander of Indian Brigade facing the Pakistan Army Battalion sent his message to the Battalion Commander, Colonel Sultan asking him to give up because of the reason that Indian Army’s strength was much more than that of Pakistan Army in that particular area. To which the brave Battalion Commander replied, “Do not impress me with your mastery over writing, I would like to see you with the sten in your hand instead of the pen and let us fight.” Here also, the officers and the men of Pakistan Army fought their heart out and gave a lesson to Indian Army despite being less in number and also being devoid of essential ground support elements like Armour and Artillery.
Men against Steel
Khulna was held by 107 Brigade, which was deployed in the general area of Daulatpur. It was a town situated at the outskirts of Khulna on Jessore-Khulna approach.
15 FF Regiment, being a part of 107 Brigade, was deployed at an area which included Jessore-Khulna Road and the railway track. Indian forces were constantly building up pressure by augmenting their strength with every passing day. They were supported by armour elements (tanks) as well. Pakistan Army, which was totally devoid of the armour support, faced Indian tanks made of steel with human structures made of flesh and bones, but stronger than steel in their faith. It was during one of those battle actions between the Indian troops supported by armour and the rock-solid human beings overwhelmed with the passion of martyrdom, which of course stands much stronger than any material, that captain Bilal from 15 FF Regiment came right in front of an Indian tank while in the middle of a fierce combat encounter and embraced martyrdom on December 10, 1971. Captain Bilal shaheed was given the gallantry award of Sitara-e-Jurrat (medal of courage) and was promoted to the rank of Major posthumously. Major General Tariq Bashir stated that his company was commanded by Captain Beram Khan and it was the last one to disengage from Jessore. Having arrived at a new location on December 10-11, he reported to the Battalion Headquarters for receiving fresh orders and also for necessary coordination and liaison. Here, while he was about to go across a heap of blankets in the bunker in order to find him a place to sit, that second-in-command of the battalion told him not to step on Captain Bilal shaheed. The General said that he almost froze and next to him, he saw the body of Captain Bilal shaheed on a stretcher covered with a blanket. With grimace and sadness, Major General Tariq said that he removed the blanket from his face and saw that he had received three bullets right in the middle of his chest. The bullets were fired at him from an Indian tank. It strongly qualifies the heading I gave above, Men Against Steel. It looked as if he was just sleeping and never looked dead. He had eternal peace and a glow on his face, which was indicative of the fact that he left his mortal body in this world, but he had already been resurrected in the heavens above.

"A martyr does not die, but he becomes eternal.”