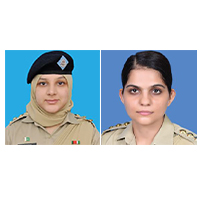 Contributions of Pakistan Army Troops Under UN Mission MINUSCA
Central African Republic (CAR) is among those few states which are facing a plethora of issues beside their immense natural resources. Being a landlocked country located in Central Africa, CAR is one of the least developed countries with more than 60% of its population living in poverty. Rich in gold, uranium and diamond, CAR has been dealing with a messy and long civil war and bloody conflicts. There is an ongoing civil war in the country which is continued to date. The civil war has killed  around thousands of individuals and displaced millions of its citizens.

CAR is full of minerals which have been proven a real game changer for economically deprived countries. Mineral resources like uranium and gold have attracted the rich and powerful countries thus further contributing to the involvement of external forces affecting its future progress. CAR gained independence in 1960, but has remained closely linked to France. Today, CAR relies on TOTAL, a French company, for its gasoline need. Even the currency that the country used is properly backed by the French Treasury. The failure to develop and bring in the advantageous use of its uranium has made the trade drop to the lowest level. Corruption, inability and lack of education has worsened the prospects of CAR’s development.  The country showing what’s left of the last of African wilderness is deteriorating.
Since 2012, the UN peacekeeping mission has been working with the government, rebels from the Séléka coalition, and anti-balaka militias. The new government elected in early 2016 after more than two years of a transitional administration does not have authority beyond the capital. As a result of ongoing attacks on civilians by a range of armed groups (AG), specifically anti-balaka (Christian AG) and ex-Séléka (Muslim AG), the country faces a humanitarian crisis. Before that, inter communal conflicts, religious identity crisis and absence of government writ has shattered the idea of CAR’s progressive future and successive economy. Though ethnic differences and hatred between the agriculturist (majorly comprising anti-balaka) and nomadic groups (Séléka fighters) contribute majorly towards the ongoing unrest in the country, lack of the government’s power and authority has been the main reason behind the unfulfillment of peace.
The city of Bangui, which has witnessed the worst human crisis during these years of violent civil strife is now awaiting action on peace deal. The brutal and still smouldering civil war has created food insecurity, hospital shortage and a humanitarian crisis of great proportion. As serious protection crises arose, United Nations Security Council decided to establish Multidimensional Integrated Stabilization Mission in the Central African Republic (MINUSCA) in April 2014. MINUSCA force started its deployment in September 2014 and has been at its full operational capacity in CAR since May 1, 2015. On December 26, 2012 United Nations announced its plan to withdraw all of its non-essential personnel due to worsening security conditions. The government of CAR was also called in to ensure the security of peacekeeping force.

Despite all the threatening scenarios, Pakistan’s troops deployed under MINUSCA performed with full valour and courage. Their dedication was and is still worth mentioning. Pakistan Contingent is deployed in Sector Centre which has pre-dominantly Christian population and is the stronghold of ex-Séléka. Many initiatives have already been taken by the Pakistani troops to gear up ‘winning hearts and minds’ activities in the mission area to not only improve the level of trust but to create happiness and trust amongst the general population. As a result, acceptance of Pakistani troops in MINUSCA has improved tremendously. More significant of the achievements and work done by Pakistan Army contingent are as under: 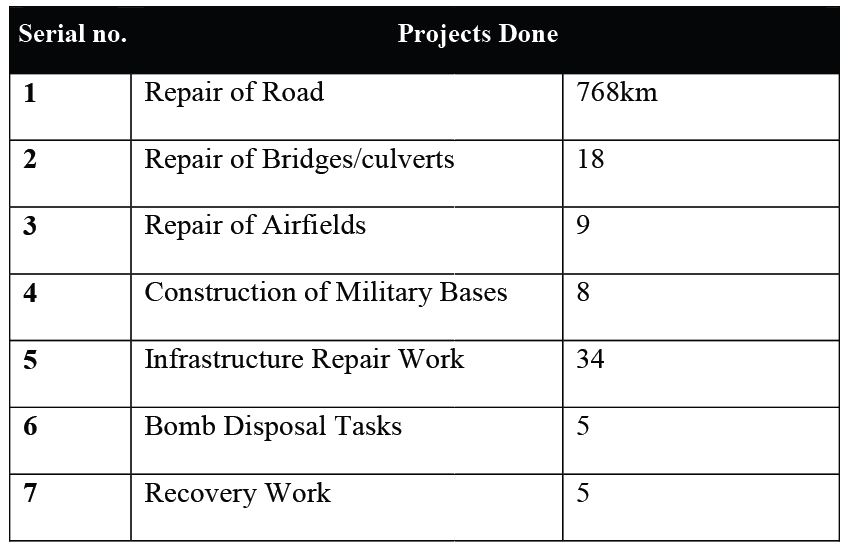 Pakistan Army has achieved much praise due to its achievements and dedication in the mission area. United Nations has commended the peacekeeping efforts of Pakistan towards the ongoing conflict in CAR. International organizations have also admired the role of Pakistan Armed Forces in restoring peace and help in building a peaceful and progressive Central African Republic. True to its traditions, Pakistan Army has contributed much beyond the call of duty and helped the people of CAR, that has not only won the hearts and minds of the people but has also given new hopes to the war-stricken people.

Ambassadors of Peace: Pakistan Army Unit-1 (Mali)
Pakistan joined the United Nations on September 30, 1947 just over a month after its independence. It has been actively involved in various UN conferences and its specialized agencies. It has been elected seven times (1952 to 2013) in the UN Security Council. With nearly 4,462 uniformed personnel serving in some of the most dangerous UN missions, such as in the Central African Republic, Sudan and Mali, Pakistan is the sixth largest contributor to UN peacekeeping operations. Since 1960, Pakistan has contributed 200,000 troops and its 135 peacekeepers have lost their lives in service of peace. This is its most tangible assistance to the UN efforts to maintain international peace and security. Along with continuous efforts to promote peace, Pakistan’s endeavor of rescuing 2,000 people in the Congo floods and services of women peacekeepers in the fight against COVID-19 were widely hailed.

Mali Conflict – Historical Background
Mali is located in Western Africa, a country with a total population of 19.1 million. More than 90% of the population lives in the south and is predominantly rural (approximately 68%). With a variety of ethnic groups living in Mali, the country has always remained under ethnic riots/fights. Mali has been mired in overlapping political, security and humanitarian crises since January 2012. In 2012, Tuaregs, a majority group in northern Mali, initiated an uprising and almost occupied half of Mali, declaring it an independent state. Later, religious extremist groups under the flag of Jamaat Nusrat al-Islam wal Muslimeen (JNIM) joined the conflict. Extremist groups expanded their presence in the country’s vast Saharan north following a coup d’état that overthrew Mali’s democratically elected government and led the military chain of command to collapse. The conflict in northern Mali caused a humanitarian crisis of significant size and scope. Nearly half a million people were displaced as of the end of April 2013, including 301,027 internally displaced persons (IDPs) and 185,144 refugees in neighboring countries.
The imminent attack on Bamako and the potential consequences for Mali, its neighbors and the whole region led to the French intervention in Mali on January 11, 2013. This intervention, supported by Malian army, African-led International Support Mission to Mali (AFISMA) forces and other Western countries, ended the Tuareg rebellion and recaptured all the major cities in northern Mali. France and her allies restored the writ of the government in the entire country. Despite these gains, serious security challenges remained, including continued terrorist activities and military operations in some areas. Upon the request of Mali government, on April 25, 2013 UN established the peacekeeping mission MINUSMA (United Nations Multidimensional Integrated Stabilization Mission in Mali), by resolution 2100 to support the political process, ameliorate humanitarian situation and to accomplish security-related tasks. It aimed at recovering the areas occupied by armed groups and restoring the country’s territorial integrity; full re-establishment of State authority in the north; reform of the armed forces; dialogue with groups who renounce military struggle and adhere to the unitary nature of the Malian State and its Constitution; the return of refugees and displaced persons; inter-communal dialogue; and the fight against impunity. 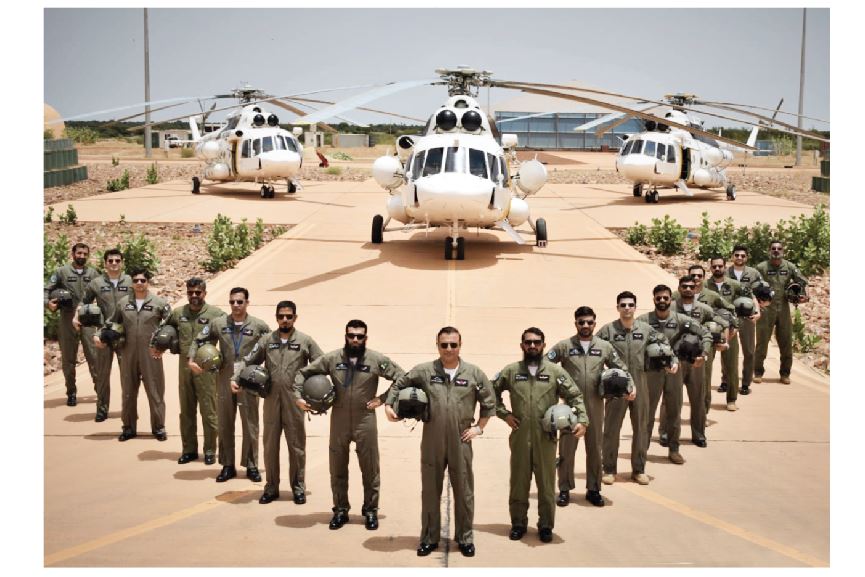 Peculiar Environment of Mali
The land of Mali is stretched in Sahel, the part of southern Sub-Sahara Desert with short grass and scrubby bushes. The main challenge to aviation operations is the highly unpredictable weather of Mali i.e., high velocity winds especially “Haboob”, a wall of dust traveling at the speed of more than 50 knots. Other than the natural hazards posed on aviation operations, the terrorist elements and anti-UN sentiments of the populace in Mali is another challenge for the peacekeeping forces. 219 fatalities of peacekeeping forces reflect the harsh ground realities of MINUSMA.
Pakistan Army Deployment and Contribution – To Date
By the end of 2018, the UN requested Pakistan to contribute an aviation squadron comprising medium utility helicopters (Mi-17) to MINUSMA. The outline plan envisaged placing of three Mi-17 helicopters at Timbuktu, Mali to support the South-West Sector. In March 2019, a recce team visited the deployment area and familiarized with security situation and operational environment in Mali. Pakistan Army Unit-1 (PAU-1) was formed. It took approximately 8 months for the assembly and move of unit to Timbuktu, Mali.
Advance Party of the first-ever Pakistani Contingent reached Mali on January 21, 2020. The camp setting of the unit started with immediate effect, however, three Mi-17 helicopters arrived in the mission area on February 18, 2020 in Bamako (capital city) on Antonov 124 aircraft. In mere three days, helicopters were assembled and flew in a formation to Timbuktu (Main Operating Base). The formation of three Mi-17 helicopters under the leadership of Lt Col Hamid Mehmood Khizri sent airborne on February 21, 2020 from Bamako to Timbuktu via Mopti. The sun was low on Timbuktu’s horizon, gentle breeze was blowing, and soon the echo of the rotor squishing the air was heard at Timbuktu Airport. On the horizon appeared three big birds that approached the airport with awe-inspiring movement through the air with grace and elegance. Descending onto the runway, the dust flew off making a swirl around the rotors. A new page was written into the UN peacekeeping mission “MINUSMA”, 3 PAU helicopters touched down at Timbuktu to commence the UN’s most dangerous, most active and toughest mission on earth. Keeping in view the high standards displayed by Pakistan Army in the War on Terror in Pakistan, the UN authorities had very high expectations from PAU-1. Despite non-availability of basic infrastructure including a maintenance hangar and being not “Fully Operational Capable” due to non-provision of other facilities by UN, PAU-1 took active part in all operational missions of MINUSMA. The performance of PAU-1, despite the impediments, was hailed at all levels of MINUSMA. PAU-1 became the first-choice aviation unit for all operational tasks. The latest mission which was appreciated at all tiers of MINUSMA was the field recovery of MD-500 helicopter ex El Salvador, which forced landed in the field due to being short on fuel. PAU-1 recovery mission was launched in minimum reaction time and it involved landing in an unprepared field on Night Vision Goggles (NVG).
Being ambassadors of the green flag in Mali, PAU-1 has left no stone unturned in propagating the soft image of Pakistan through optics and general conduct with the fellow units. Many high officials – both military and civilian – visiting the squadron praised the rich history, culture and diverse geography of Pakistan after interacting with the officers of the squadron and watching ISPR released videos. PAU-1 was praised for the strict compliance to COVID-19 SOPs of MINUSMA and zero reported cases of COVID-19 despite being surrounded by other units reporting positive cases in the camp. The training standards of PAU-1 have been consistently praised highly by MINUSMA authorities.
Being the flag bearers of courage and determination against War on Terror, Pakistan Army is leaving its mark on the African soil as well, becoming a living example of Quaid’s words, “Our objective should be peace within and peace without. We want to live peacefully and maintain cordial and friendly relations with our immediate neighbors and with the world at large. We have no aggressive designs against anyone. We stand by the UN Charter and will gladly make our full contributions to the peace and prosperity of the world.”