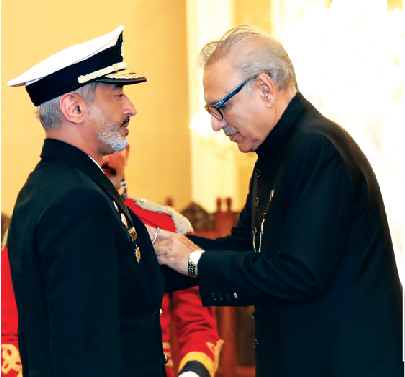 CNS highlighted Pakistan’s commitment and contributions in the fight against terrorism including RMSP initiative against piracy and maritime terrorism, and briefed the Commander on the forthcoming AMAN-19 Exercise. Commander UAE Naval Forces lauded the role and contributions of Pakistan Navy in maintaining peace and stability in the maritime domain through global collaboration.
The visit to the Naval Headquarters was followed by an impressive investiture ceremony held at Aiwan-e-Saddar, where the Rear Admiral was conferred with Hilal-e-Imtiaz (Military) by President of Pakistan Dr. Arif Alvi, one of Pakistan’s highest military awards, in recognition of his distinguished services and significant contributions towards further strengthening ties between Pakistan and UAE in general and the two navies in particular.
In the second leg of the visit, Rear Admiral Saeed Bin Hamdan Bin Mohammed Al Nahyan attended 10th International Defence Exhibition & Seminar (IDEAS) 2018 and met Naval Field Commands at Karachi. 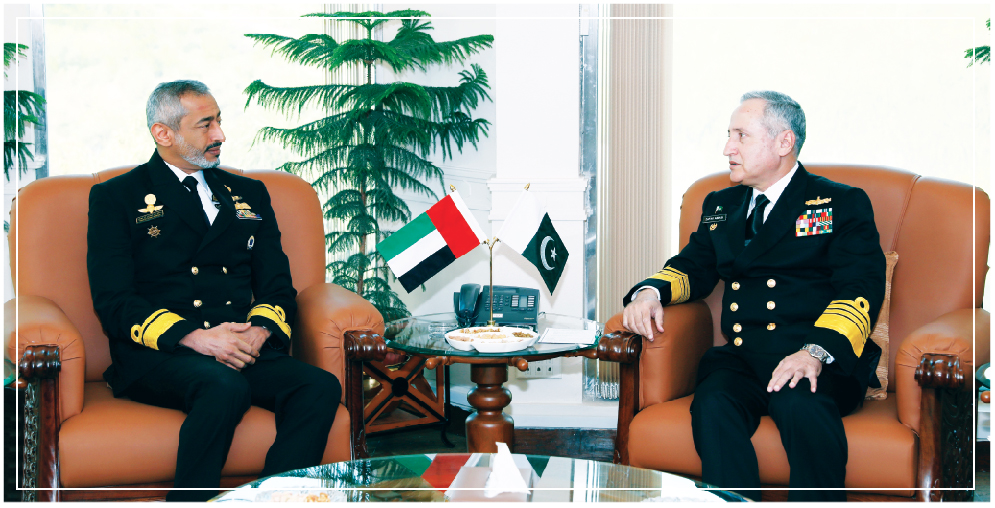