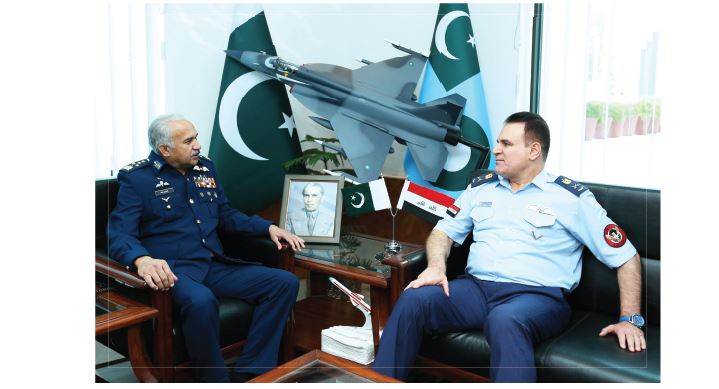 Upon arrival, the distinguished guest was received by Chief of the Air Staff (CAS), Pakistan Air Force Air Chief Marshal Mujahid Anwar Khan. A smartly turned out contingent of the Pakistan Air Force presented the visiting delegation with the guard of honour. He also paid homage to PAF martyrs by laying a floral wreath at Yadgar-i-Shuhada.
The visiting General also had a detailed meeting with CAS.  Both Commanders discussed various matters pertaining to security and mutual cooperation. Commander Iraqi Air Force lauded the professionalism of PAF personnel and the exceptional progress made by PAF over the years through indigenization. CAS highlighted the brotherly relations and collaboration between the two sides. Both the dignitaries agreed to further augment the already existing cordial relations between the two air forces. 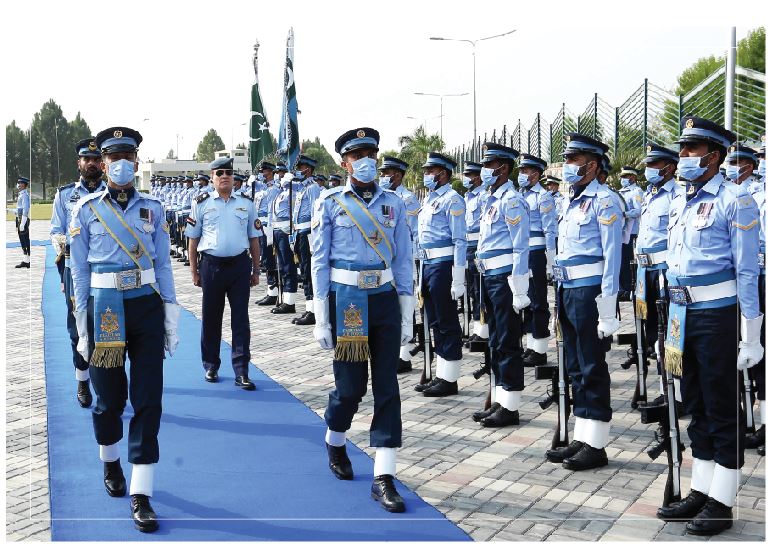