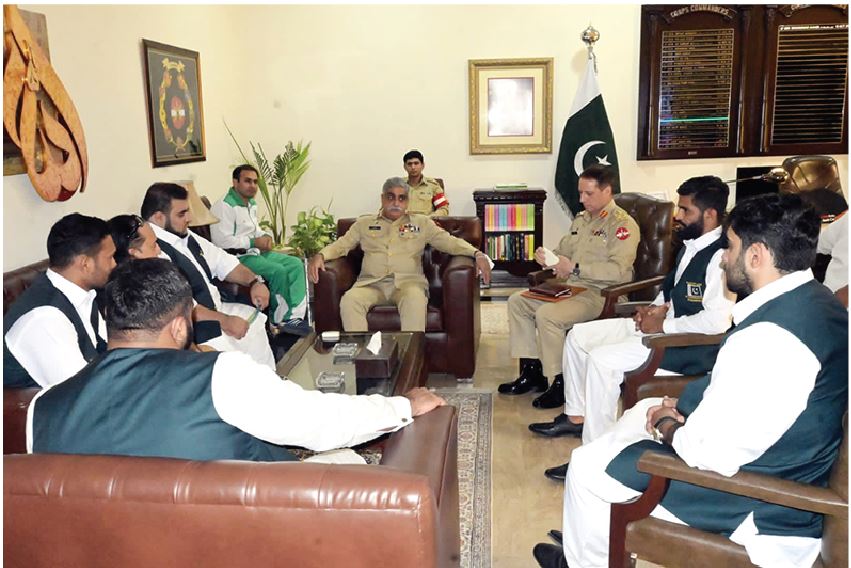 Corps Commander congratulated the athletes on behalf of the Gujranwala Corps and Pakistan Army and said, “Athletes’ success is a matter of pride for the whole nation and they are the role models for the future generations. The whole nation is grateful for keeping the national flag fluttering high at an international forum”.

The athletes also visited garrison auditorium where a gallery is dedicated to prominent personalities from all walks of life belonging to Gujranwala Division to educate the visitors about their achievements.
Corps Commander awarded the athletes with cash prizes. The athletes thanked the Corps Commander and Pakistan Army for the kind gesture and extended support.