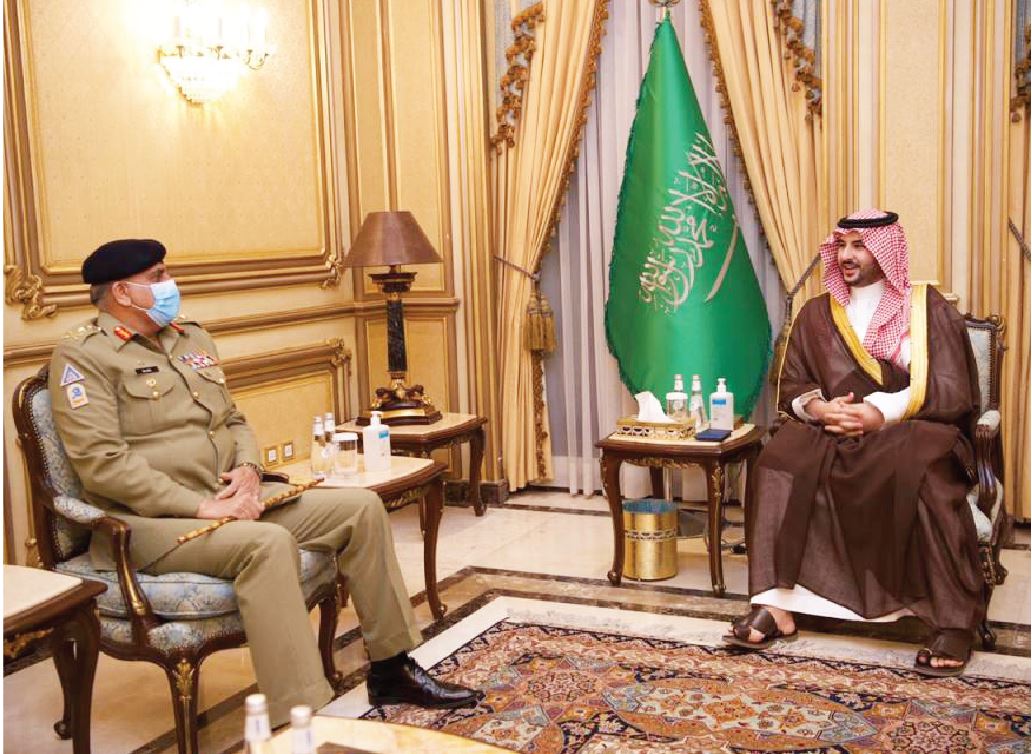 Earlier, on arrival, COAS was received by the Saudi Chief of General Staff and was presented with the guard of honour at the Ministry of Defence, KSA.
On August 18 COAS met Deputy Minister of Defence KSA His Royal Highness Prince Khalid bin Salman bin Abdulaziz. In the meeting matters of mutual interest, including bilateral defence, security cooperation and regional security were discussed.