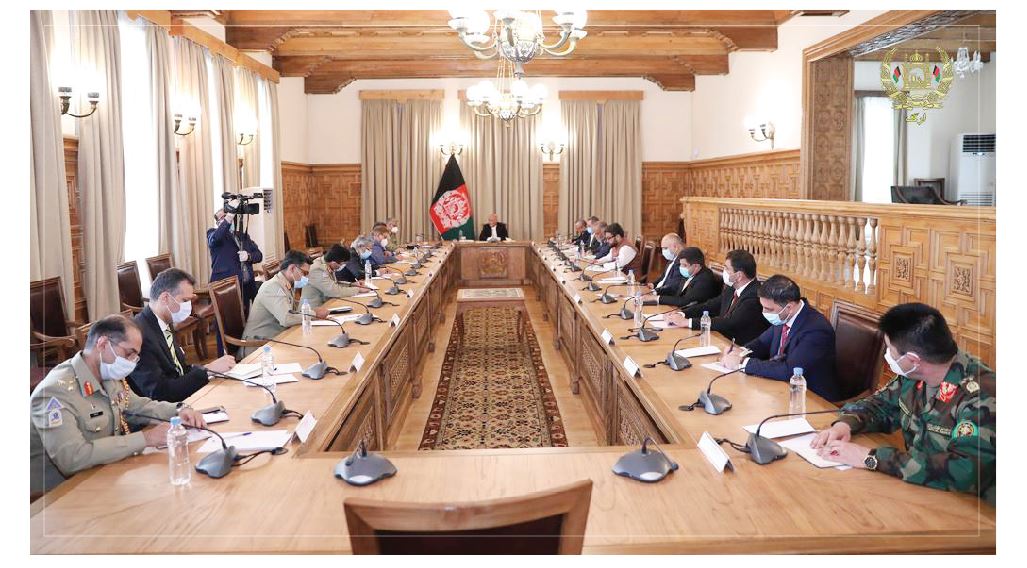 COAS was accompanied by PM’s Special Representative for Afghanistan Affairs, Ambassador Mohammad Sadiq. Both sides discussed current developments in the Afghan Peace Process and necessary steps to be undertaken to facilitate an Afghan-led and Afghan-owned peace process. Issues related to facilitation of trade and connectivity also came under discussion. Both sides agreed that a dignified and time-bound return of Afghan refugees from Pakistan is the key towards normalcy.
President Ashraf Ghani expressed his appreciation for the Prime Minister of Pakistan for opening of Torkham and Chaman border for allowing Afghan transit goods and facilitating stranded Afghans to return to Afghanistan by land and air routes. The President was also appreciative of the role being played by Pakistan in the Afghan Peace Process.