Chief of the Army Staff (COAS) General Qamar Javed Bajwa met with the top brass of the Chinese military during an official visit to China. COAS was part of Prime Minister Imran Khan’s delegation that visited China to participate in the celebration of the 70th anniversary of the People’s Republic of China. COAS arrived at headquarters of the People’s Liberation Army (PLA) on October 8 to meet with Commander PLA General Han Weiguo and Vice Chairman of the Chinese Military Commission (CMC) General Xu Qiliang. Upon his arrival at the HQ the COAS was presented with a guard of honor. In these meetings the regional security environment including the situation in Indian-occupied Jammu & Kashmir (IOJ&K) and Pak-China defense cooperation were discussed. COAS apprised Chinese military leadership about the consequences of the ongoing situation in IOJ&K if it’s not amicably resolved, and the need for India to respect UN resolutions and ensure the human rights of Kashmiris. 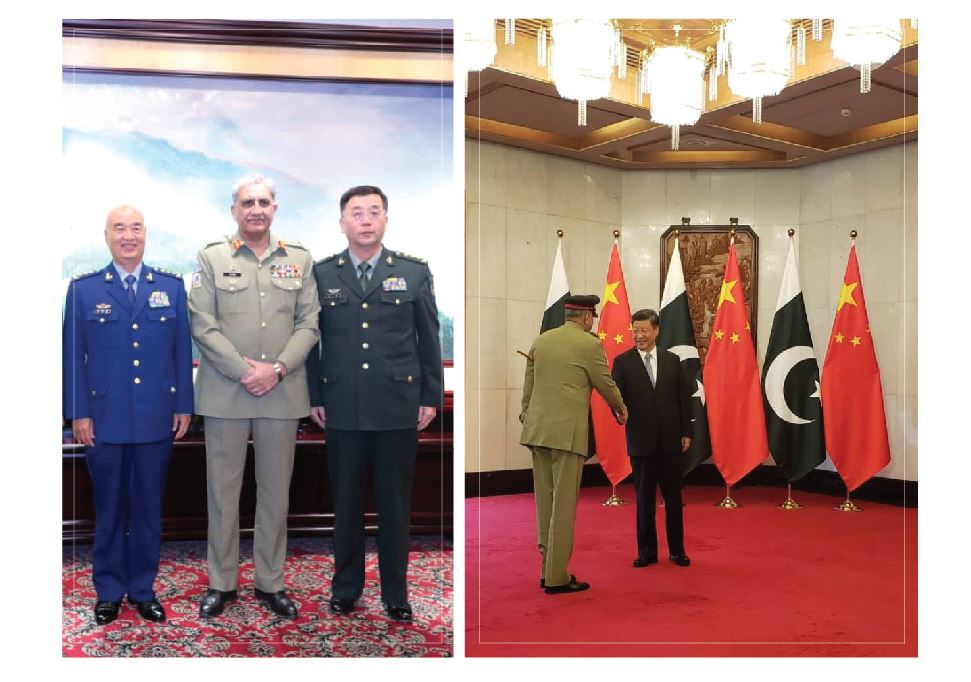 On October 10 COAS also met with Commander Southern Theatre Command Admiral Yan Yubai in a meeting where matters of mutual interest were discussed. Supporting Pakistan’s principled stance on Kashmir issue, the Chinese military leadership appreciated sane Pakistani approach in the interest of peace. They agreed that unresolved Pakistan-India tensions will have serious implications for peace and stability in the region. COAS reiterated that “Pakistan looks forward to peace but not at the cost of any compromise on principles, honour and dignity of the nation.”
The military leadership of both countries also discussed the developing situation in the Gulf and efforts for peace in Afghanistan. Both sides agreed to enhance existing defense cooperation in line with history of time-tested bilateral relationship. 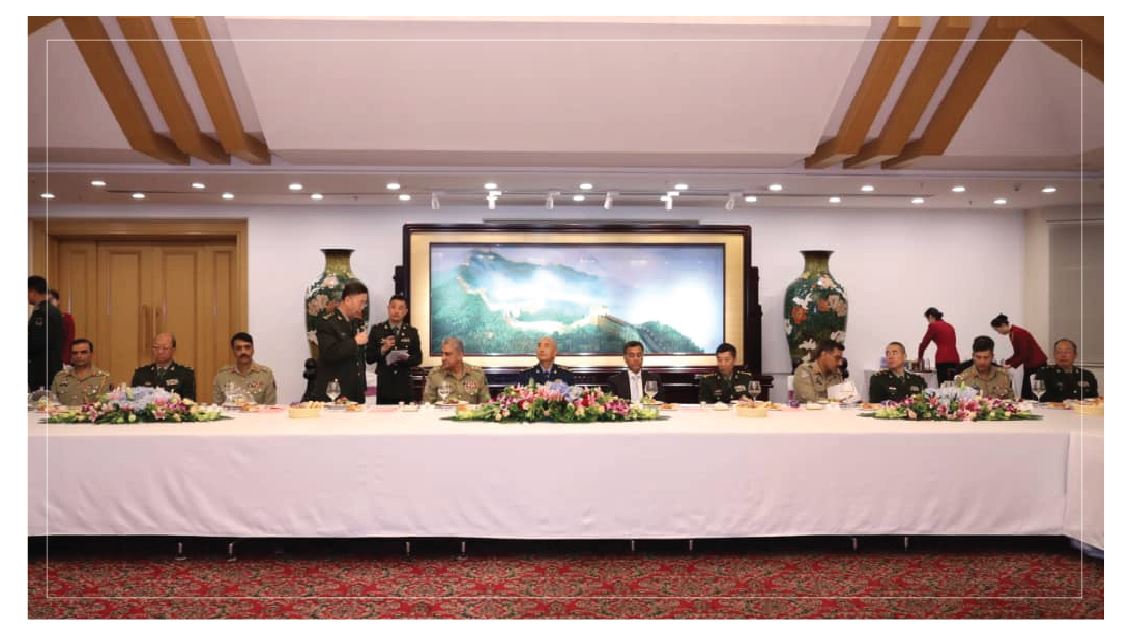 COAS also joined PM in his meeting with the Chinese PM and President.