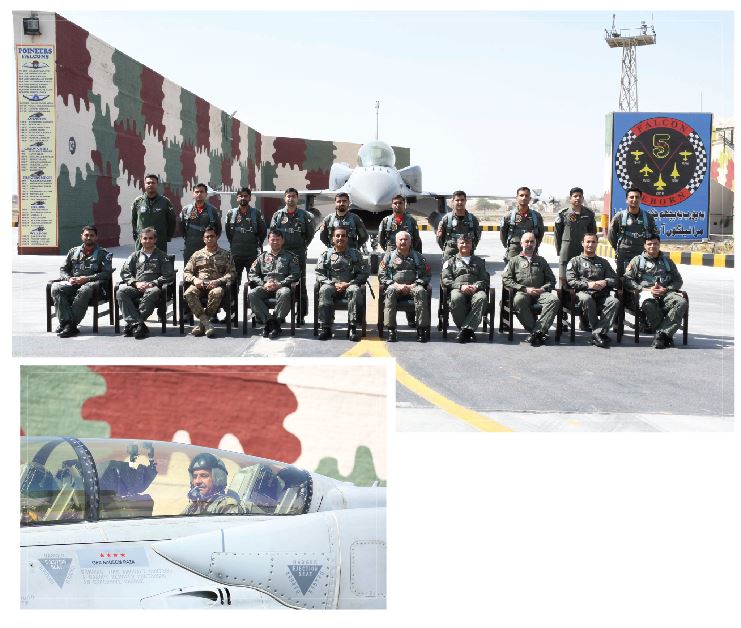 During his visit the CJCSC witnessed combat readiness of the base, visited operational units and flew in F-16 alongside the CAS in a formation. A simulated air combat scenario was practiced during the sortie.
While interacting with the base personnel, the CJCSC lauded professionalism and dedication of PAF's air warriors. He reiterated the importance of inter-services’ harmony and synergy for the operational success in modern warfare. He further added, “PAF’s cutting-edge aside, what makes it second to none is the high morale and thorough professionalism of its personnel.”