Matters of Security and Bilateral Military Cooperation Discussed
Chairman Joint Chiefs of Staff Committee, General Nadeem Raza on an official visit to Egypt, called on General Abdel Fattah Elsisi (Retd), President of Egypt on June 15, 2021. Matters of bilateral military cooperation including security, counter-terrorism and prevailing regional environment were discussed during the meetings. The President conveyed his feelings of high esteem for Pakistan Armed Forces and said that he valued brotherly relations between both the countries. CJCSC also reiterated that Pakistan is keen to expand its existing bilateral military to military cooperation with Egypt. The dignitaries lauded the professionalism of Pakistan Armed Forces and acknowledged their sacrifices in the fight against terrorism. 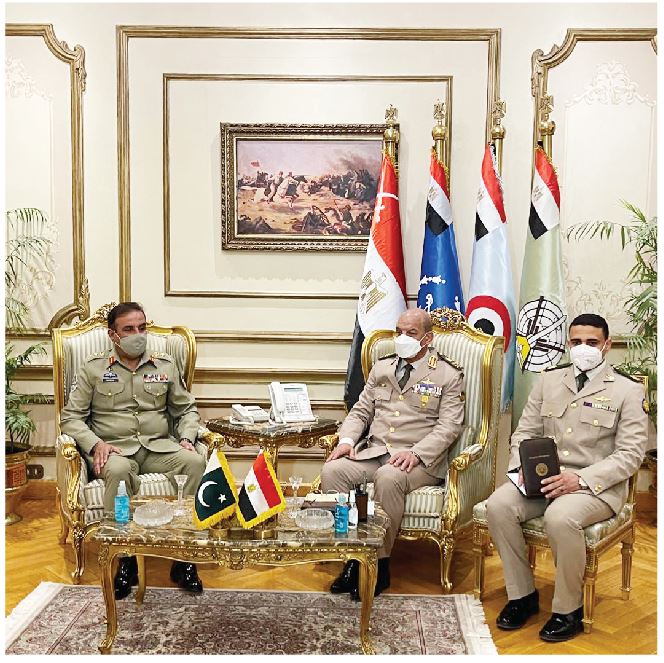 CJCSC also held separate meetings with General Mohamed Ahmed Zaki, Minister of Defence & Commander-in-Chief of Egyptian Armed Forces and Chiefs of the Tri-Services.
CJCSC led the 2nd round of defence and security talks. He highlighted the positive role of Pakistan in countering violent extremism, regional stability, connectivity and its impact on the region and beyond. He also shared Pakistan’s contributions and efforts for peace and stability in Afghanistan.
Upon arrival at the Ministry of Defence, he was presented with a Guard of Honour by a smartly turned out contingent of Egyptian Armed Forces.
Earlier, on an official visit to Jordan, CJCSC called on Major General Yousef Ahmed Al-Hnaity, Chairman of the Joint Chiefs of Staff, Jordanian Armed Forces (JAF) on June 12, 2021. 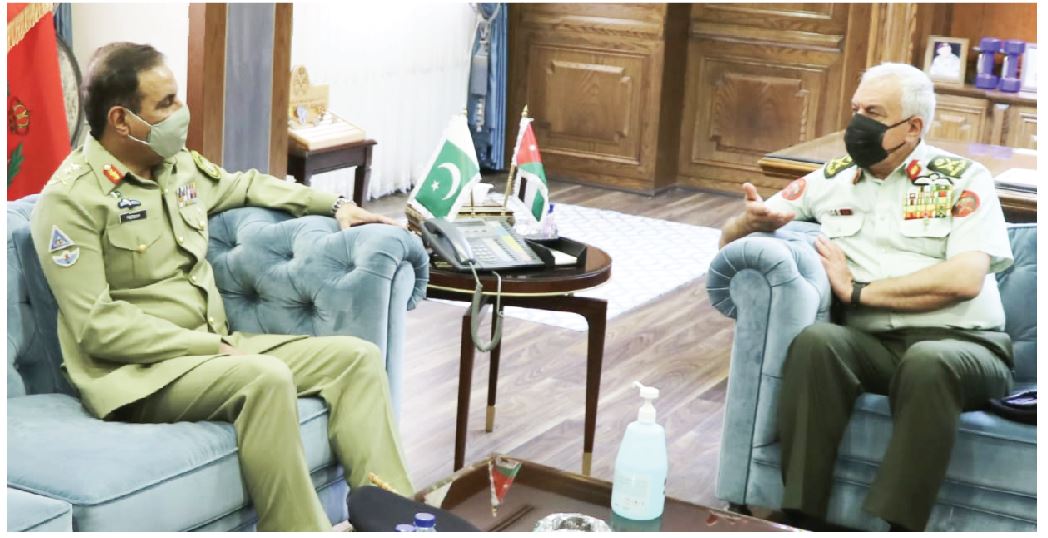 During the meeting, both sides deliberated upon various areas of interest including security, defence cooperation and prevailing regional environment. The dignitaries dilated upon measures to enhance the level and scope of military engagements between both the countries and reaffirmed to continue to forge deeper ties. CJCSC said that Pakistan is keen to expand its existing bilateral military to military cooperation with Jordan. 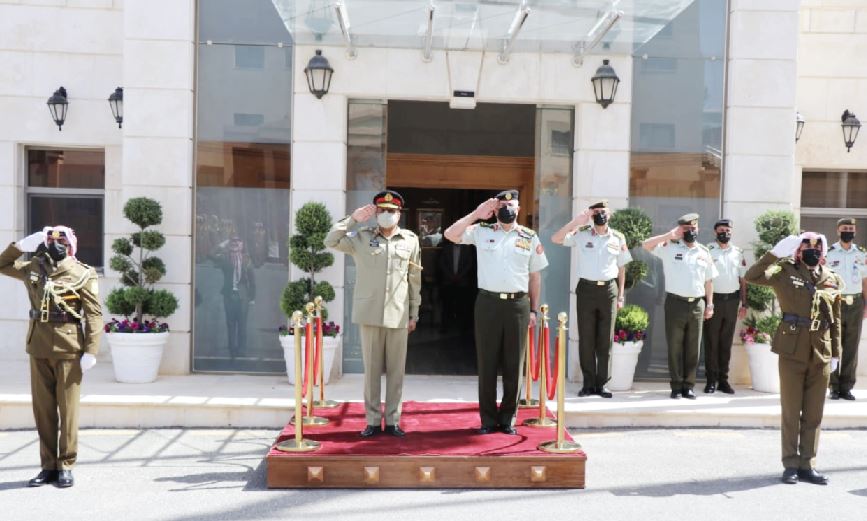 The Jordanian dignitaries lauded the professionalism of Pakistan Armed Forces and acknowledged their sacrifices in the fight against terrorism.
In recognition of his efforts to further bilateral relations, CJCSC was awarded Jordan’s highest military award, the ‘Order of Military Merit of the First Grade’ on behalf of His Majesty King Abdullah-II, President of Jordan.
CJCSC also visited King Abdullah-II Special Operations Training Centre (KASOTC) and witnessed a counter terrorism exercise by JAF’s Special Forces Group.
Earlier upon arrival, CJCSC was presented Guard of Honour by a smartly turned out contingent of JAF.