General Zubair Mahmood Hayat, Chairman Joint Chiefs of Staff Committee (CJCSC), met with the civil and military leadership of Belarus including HE Mr. Alexander Lukashenko, President of Belarus, HE Mr. Vladimir Makei, Minister of Foreign Affairs and Lieutenant General Andrei Ravkov, Minister of Defence during his official visit to the country.
Matters of bilateral strategic interest and regional security environment including strengthening of bilateral security and defence cooperation between the two countries were brought into discussion in separately held meetings. Both sides expressed desire to initiate meaningful and long lasting security and defence cooperation. 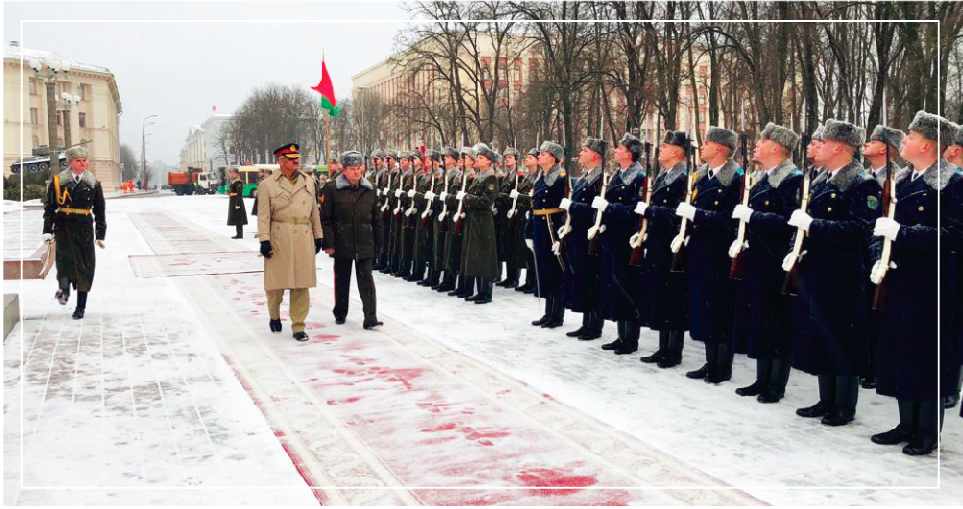 The dignitaries appreciated the role of Pakistan Armed Forces in regional peace and security and acknowledged the sacrifices made by Pakistan in the war against terrorism.
CJCSC was also called upon to deliver a talk on “Emerging Security Environment – Challenges and Response”, at Military Academy, Minsk. In his talk the CJCSC highlighted the increasingly fluid security environment, shaped by a dynamic mix of emerging challenges and opportunities. A large number of senior military officials besides faculty and student officers attended the address.
Earlier, on his arrival at the Ministry of Defence, the CJCSC was received by the Minister of Defence followed by a smartly turned out contingent that presented him with a guard of honour. General Zubair laid wreath at the Victory Monument of Republic of Belarus. He was also awarded a special medal ‘Badge of Honour’ at the occasion by the Minister of Defence. 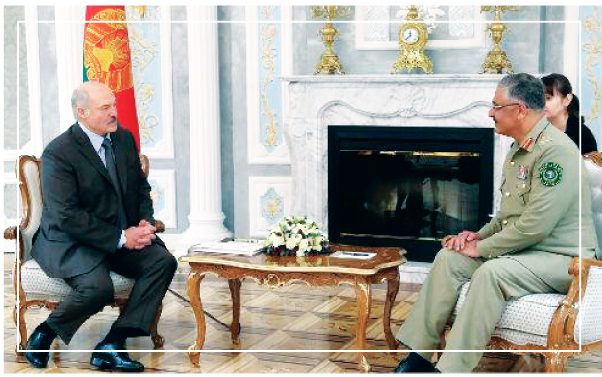