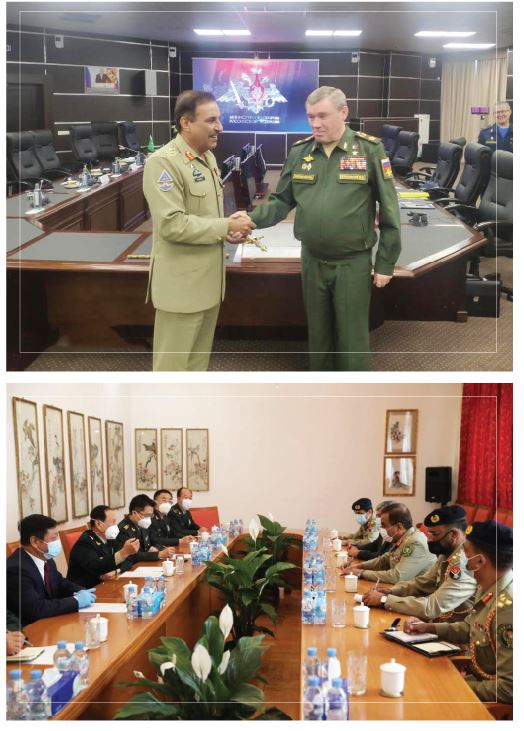 CJCSC also attended the closing ceremony of ‘International Military Games-2020’ at Moscow, which the Pakistan Armed Forces have been regularly participating in for the past three years.
He also held a meeting with China's Minister of National Defense General Wei Fenghe on the sidelines of the forum on September 6, 2020. The dignitaries discussed matters related to changing geostrategic environment and further strengthening of security and defence cooperation between the two countries during the meeting. Both sides reaffirmed their commitment to ‘iron brotherhood’ and ‘all-weather’ friendship with continued efforts to forge deeper strategic ties for a shared future and security vision.
CJCSC had these meetings in Moscow during his visit from September 5-6, 2020 while attending the Defence and Security Cooperation Conference at the SCO forum.