Upon arrival at Naval Headquarters, the dignitaries were separately received by CNS, Admiral Muhammad Amjad Khan Niazi. A smartly turned out contingent of Pakistan Navy clad in ceremonial dress presented them the guard of honor. The Naval Chief then introduced the visiting dignitaries to the Principal Staff Officers at Naval Headquarters.
Later, CJCSC and COAS called on CNS which was followed by a comprehensive brief on Pakistan Navy’s role in regional maritime security situation and operational development in the Indian Ocean region. 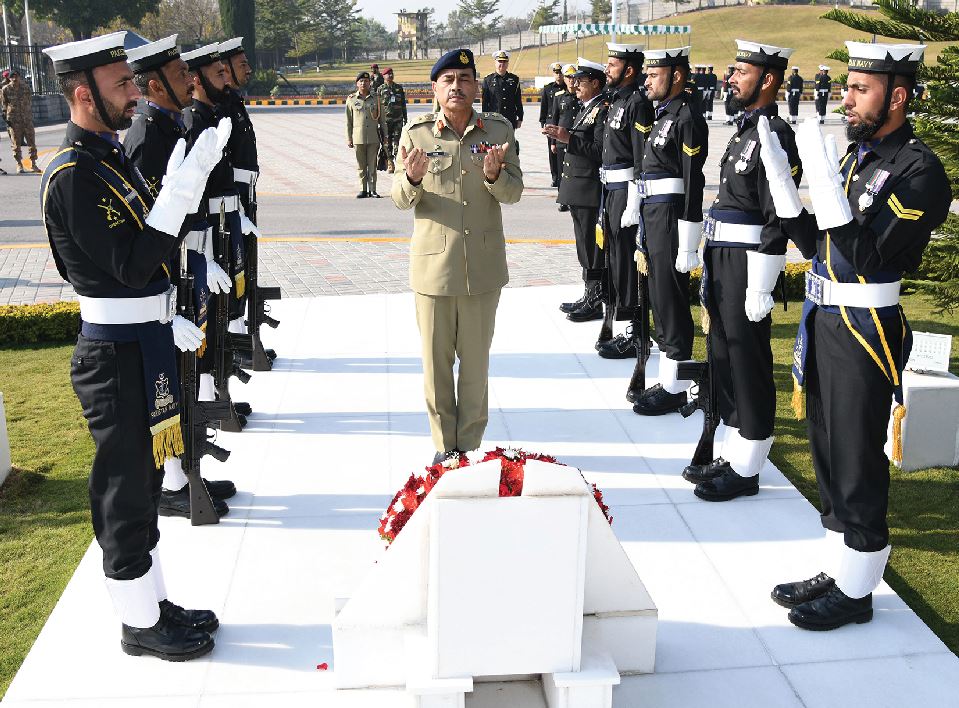 During the meeting, CNS congratulated both CJCSC and COAS on their promotion and assuming command of the best forces in the world.  He said that Pakistan Navy will continue its endeavors to enhance synergy and seamless integration in operational and other inter-services matters. He assured whole-hearted support by Pakistan Navy and hoped that Armed Forces of Pakistan will progress further and maintain their posture under the able command of CJCSC.
On the occasion, both dignitaries expressed their satisfaction over operational readiness and strenuous efforts by Pakistan Navy to make maritime defense of the country impregnable. They further assured that they will work in close coordination with Pakistan Armed Forces to enhance inter-services cooperation and transform them into potent and well coherent integrated forces of the region.