Defence Attaché, Embassy of the People’s Republic of China, Major General Chen Wenrong along with delegation visited ISPR on August 1, 2020 in connection with celebrations of 93rd anniversary of the founding of Chinese People’s Liberation Army (PLA).

DG ISPR Major General Babar Iftikhar welcomed the delegation to ISPR on behalf of Chief of the Army Staff (COAS) General Qamar Javed Bajwa. DG ISPR felicitated PLA on this momentous occasion of PLA anniversary and conveyed compliments from COAS and all ranks of the armed forces to all ranks of PLA.
Extending his felicitations the COAS expressed that “Pakistan Army and the PLA are the key components of Pak-China strategic relations and we are proud to be brothers in arms.”

The visiting dignitary expressed his gratitude for hosting this commemoration ceremony at ISPR.
Speaking on the occasion, Major General Chen Wenrong, the Defence Attaché, said: “The military relations between China and Pakistan have strengthened over the years. The two countries have forged an all-weather strategic partnership and China highly values the efforts made by Pakistan in all fields, especially during COVID-19. China-Pakistan friendship will remain evergreen.” 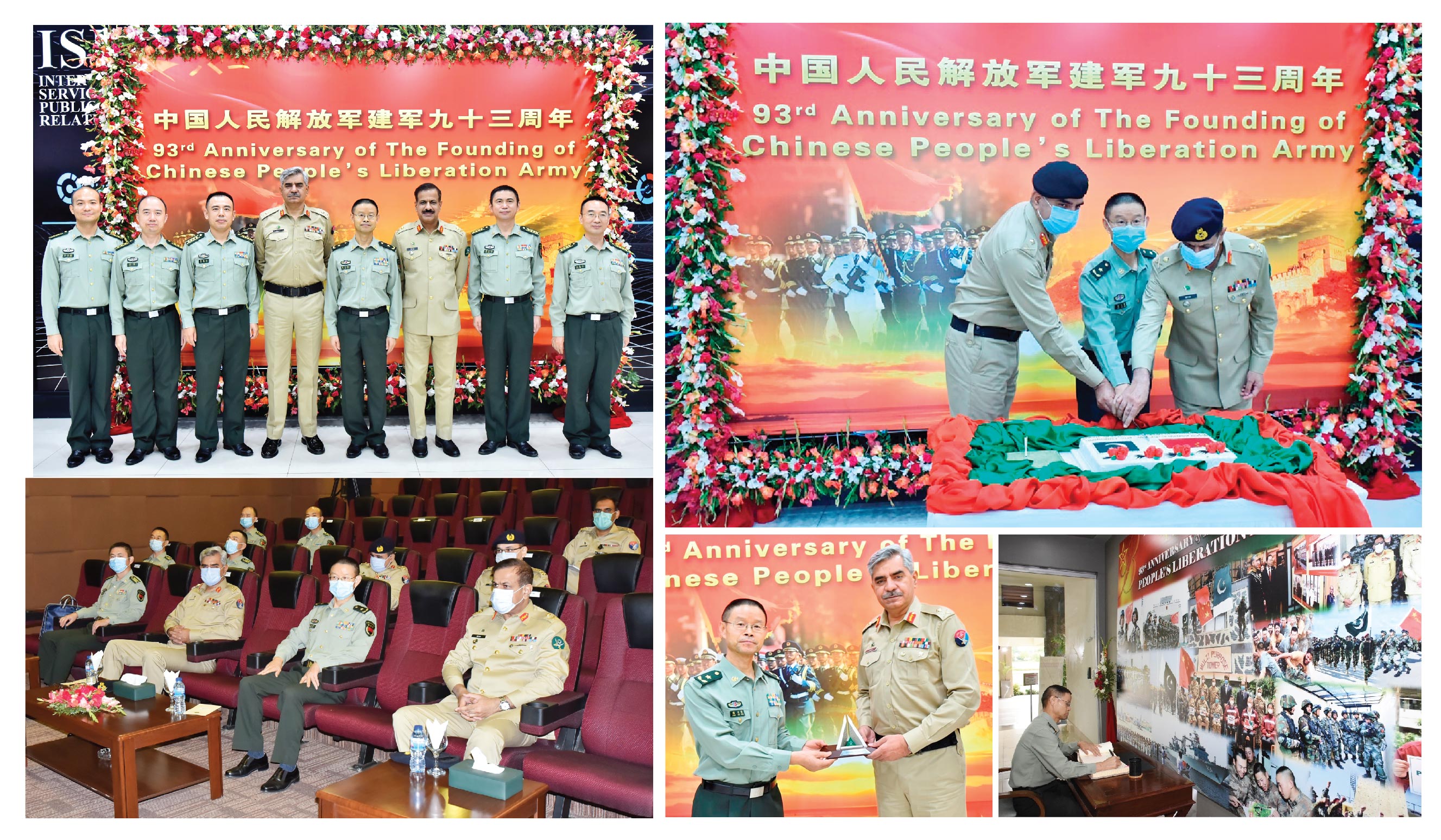 The Chinese Ambassador to Pakistan, His Excellency Mr. Yao Jing, also sent a message of congratulations on PLA Day. He further emphasized: “The Pakistan-China military relations are an important pillar of the strategic ties between the two countries, China looks forward to further expanding and enhancing military cooperation with Pakistan to make new contributions to the consolidation of bilateral relations and the maintenance of peace and stability in the region and beyond.”