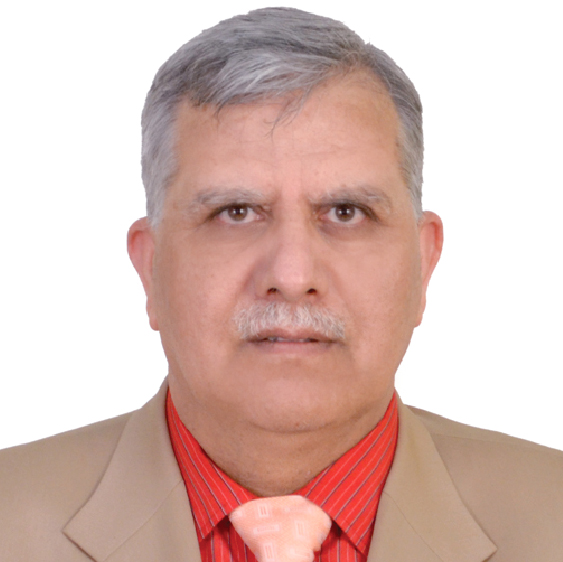 After an intense struggle of 28 years, China was liberated on October 1, 1949, therefore every year this day is celebrated as the National Day of China. It is a mega festival in China that is celebrated officially with a two-day gazetted holiday. But usually people avail more holidays by making adjustments and joining weekends. Many activities are organized at the public as well as private level. The biggest event is organized at Tiananmen Square, with a military parade and the highest leadership addressing the ceremony. Foreign diplomats and dignitaries also attend the event. 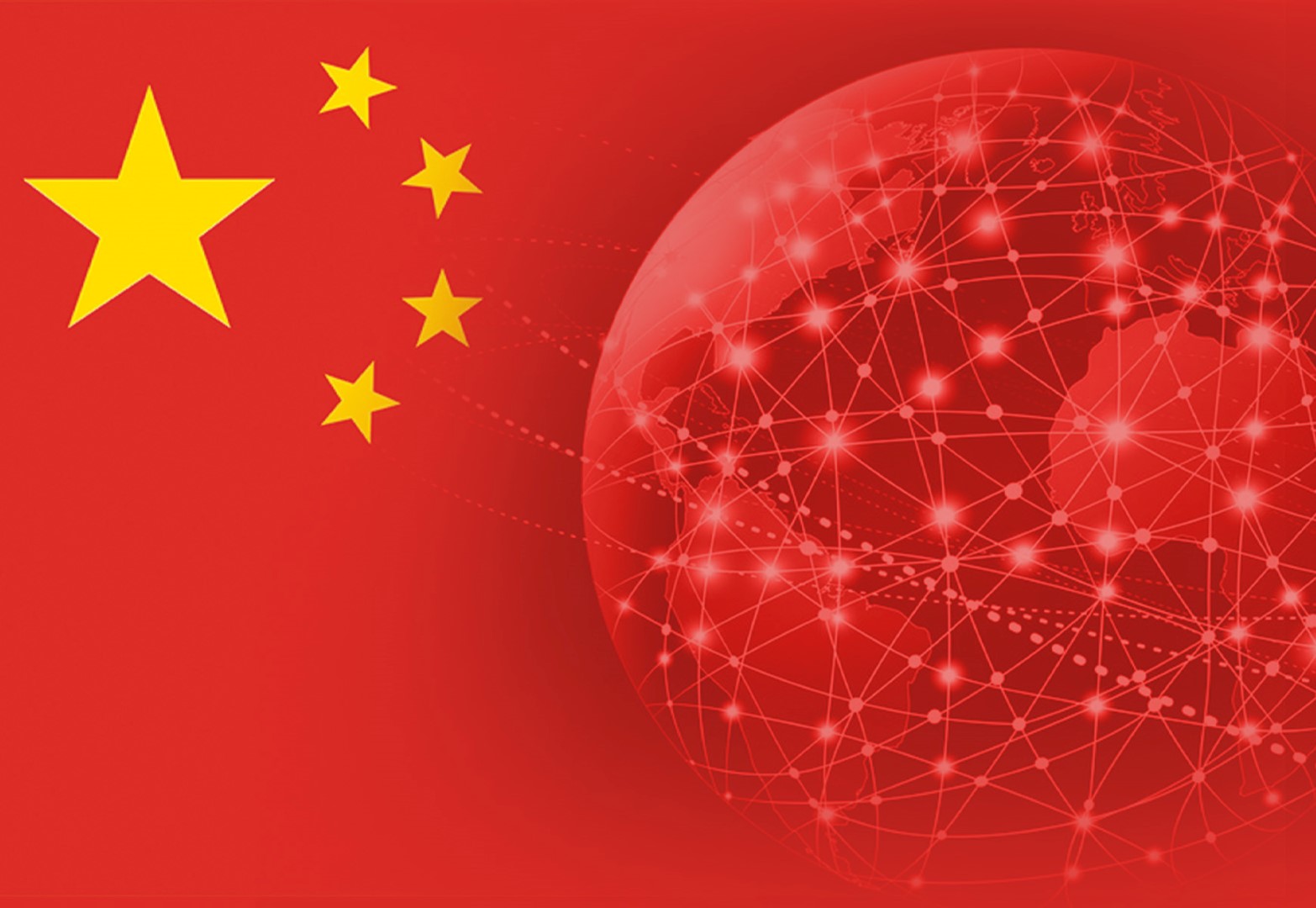 China is the world's most populous country with an estimated population of more than 1.4 billion, area of 9,596,961 sq. km, with a total GDP (PPP) of $26.66 trillion and per capita $18,931, emerging as the second largest economy of the world, just behind the U.S. However, The Economist, on September 18, hinted that China might have dominance in the world economy. 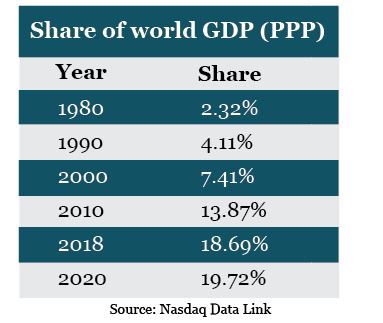 With more than 4,000 years of recorded history, China is one of the few existing countries that has flourished economically and culturally in the earliest stages of the world civilization. It is one of the most ancient civilizations, originating from the fertile basin of the Yellow River in the North China Plain. It was one of the world's foremost economic powers for most of the two millennia from the 1st until the 19th century. It is unique among nations in terms of its longevity and resilience as a discrete politico-cultural unit. However, for the last two centuries, it has suffered a lot due to the colonialization of the West and Japanese aggression. It has experienced several ups and downs in history but has learned from the bitter experiences and emerged more mature. By nature, Chinese people believe in hard work and want to develop with indigenous resources. China does not believe in wars or controlling other countries’ resources.
China gained membership of the United Nations Security Council (UNSC) with veto power in 1971. Since then, they have been playing an important role in the global affairs. It is a responsible state and contributing to the international community in a very positive manner. China’s role in global peace is vital as it always stood for the oppressed. It believes in peace, harmony, understanding and promotes global peace, security, and stability. It has always supported diplomatic and political solutions to all disputes through dialogue and avoided wars.
With an uninterrupted economic growth over decades, the Chinese share in the world’s GDP has increased immensely and reached almost one-third of the total global economy. 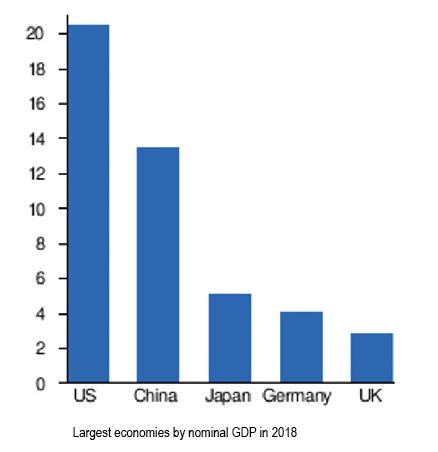 It is known as the world’s factory; especially in consumer products, China has no match in the whole world. After joining the World Trade Organization (WTO) regime, it entered into global trade and surpassed all records. It enjoys trade surplus with most countries.
China has achieved miraculous achievements in the last four decades that has no match in the history of mankind. It achieved in four decades what the other superpowers achieved in centuries. From being one of the poorest countries before the 1980s, it became one of the richest countries in the world, with the highest purchasing power. Through eliminating poverty from 88% before the 1980s and establishing a moderate prosperous society in 2020, it has emerged as a geopolitical power and playing a counterbalancing role.
With the launch of the Belt and Road Initiative (BRI), China has been contributing to uplifting infrastructure and people-to-people contacts, leading toward understanding and harmony among various cultures and nations. BRI is instrumental for generating economic activities and uplifting the economy of several countries. Currently, there are more than a hundred countries that have already joined the BRI. It is a modern approach for development and bringing prosperity. The mega initiative of BRI is a ray of hope for many developing and underdeveloped nations. It has set a precedence for development without the IMF, World Bank or any other international financial institution. It has established the Asian Infrastructure Investment Bank (AIIB) with the aim to provide developing countries economic assistance.
The Eastern world may not be dependent on the Western world or face coercion anymore. China believes in mutual respect and a win-win partnership. There are five pillars of the Chinese Foreign Policy, which include: mutual respect for sovereignty and territorial integrity; mutual non-aggression; non-interference in each other's internal affairs; equality and mutual benefit; and peaceful coexistence. It strictly observes these basic principles.
The most significant reason for the rise of China was based on its peaceful foreign policy. China abandoned the use of force for solving disputes and has not fought any major war since 1979. Although there were many disputes existing between China and its neighbors but they deliberately put aside all differences and focused only on socioeconomic development. Instead of wasting resources on wars, disputes and differences, they focused all of their resources on the socioeconomic uplift of the country and as a result, they are proud of their achievements. 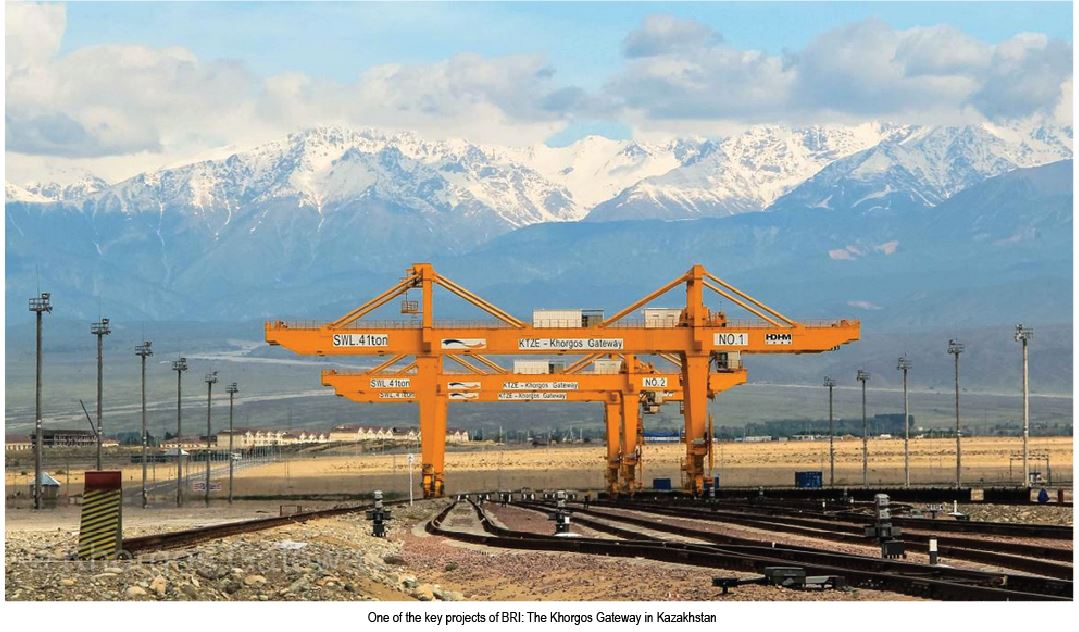 Gaining sovereignty over Hong Kong and Macao was a mega achievement of the last century, without firing a single bullet or killing a single human being, China regained control over Hong Kong and Macao after a century. China and India had long border disputes but China always refrained from war, especially during the 2017 Doklam incident, China played ‘big country diplomacy’ and averted a big disaster. Even today, China is avoiding a full-fledged war with India over Ladakh. The Chinese behavior is a role model for the rest of the world and is termed as the peaceful rise of China. 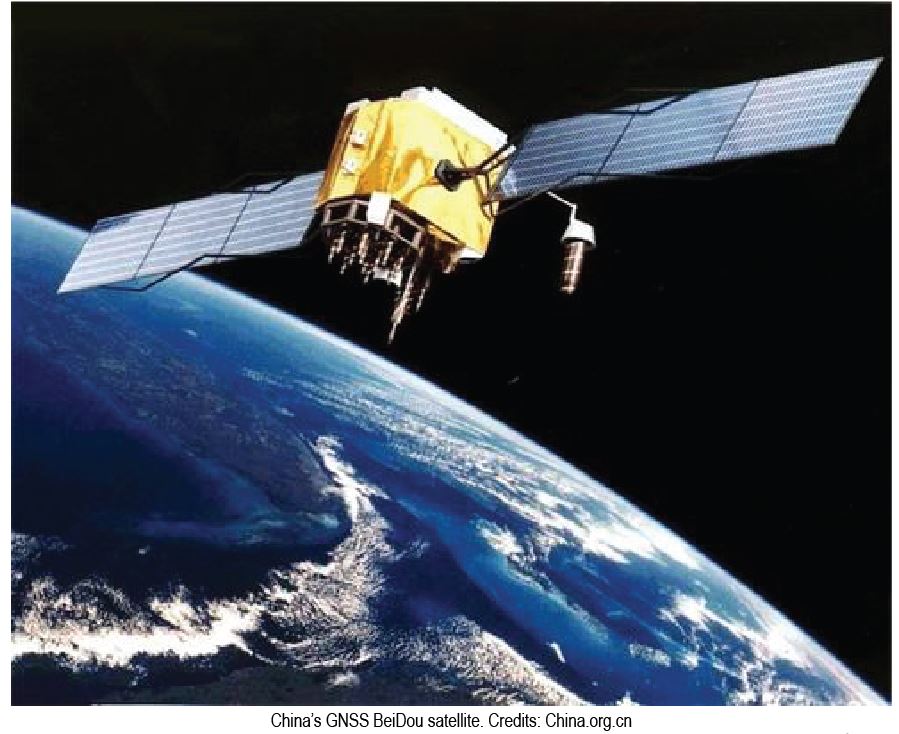 Victory against COVID-19 pandemic is also another massive achievement of China. In fact, China was the first victim of COVID-19. At that time no one knew about this virus and figuring out how to handle it was very challenging. It was the Chinese scientists who conducted comprehensive research, reached the genomics of the virus and noticed that it is highly contagious. Based on the scientific approach, China implemented a strict policy of quarantine and overcame COVID-19 within a couple of months, with a minimum loss of lives. China is a country with the lowest fatality rate due to the pandemic and won against the virus in a short time. The rest of the world was lucky to use the Chinese research and experience in the fight against COVID-19. China is a leader in fighting COVID-19 and helping the world to fight against the pandemic. The Chinese vaccine is being widely used around the globe and has no side effects yet.
China’s experience of poverty eradication is also a model for the rest of the world to be followed. In fact, China is the only country in the world to achieve their Millennium Developments Goals (MDGs) well in advance in respect of poverty eradication.
China has made excellent progress in science and technology in various sectors. From a country facing food shortage to being transformed into a food exporting country, it was only possible by introducing agricultural reforms and utilization of modern scientific and technological research and development. It is also a leader in railway technology, especially in high-speed trains. It is a country with the largest network of railway system. It has achieved a global status in telecommunication technologies such as optical fiber, photon and 5G technology. The Chinese share in global telecommunication is the highest. It is the largest telecom market in the world and currently has the largest number of active cellphones of any other country in the world with over 1.7 billion subscribers as per the available data from 2019 (CEIC). It also has the world's largest number of internet and broadband users, with over 989 million users as of 2020 (Forbes), equivalent to around 60% of its population and almost all of them being mobile as well.
It has developed its own satellite navigation system known as BeiDou, which has been offering commercial navigation services across Asia since 2012 as well as global services. Many countries are already using it successfully.
Prime Minister Imran Khan has praised the Chinese model of poverty eradication and consented to utilize the Chinese experience. He also praised the Chinese model of overcoming corruption and desired to follow the same in Pakistan. 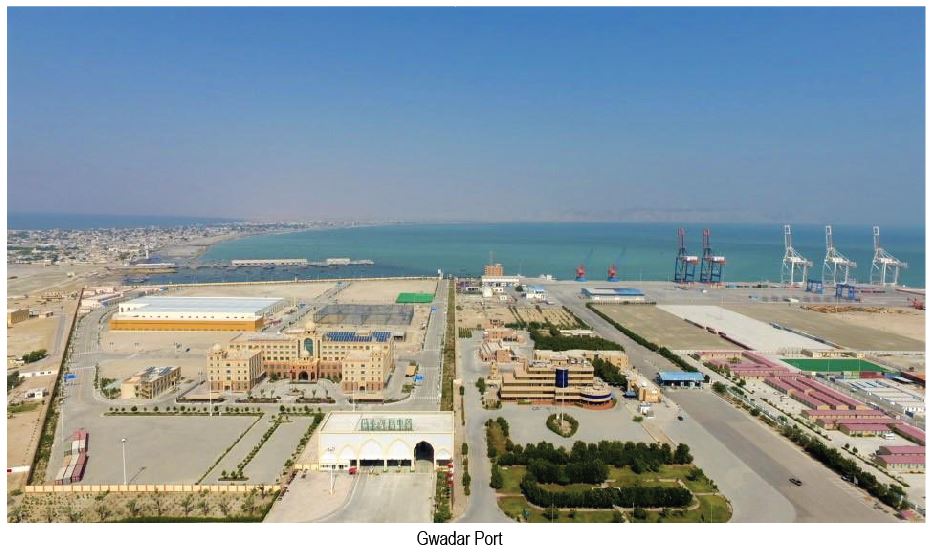 China and Pakistan enjoy a deep-rooted friendship, unmatched anywhere in the world, which is pure and above materialistic gains. Both countries support each other on all internal, domestic, regional, and global issues. There exists a comprehensive harmony between the two nations.
It has offered Pakistan vital assistance that has assured its security and enhanced its development. Monumental projects such as the Karakoram Highway, Chashma Power Plant, Heavy Mechanical and Electrical Complexes and Gwadar deep sea ports are all examples of the outstanding cooperation between our countries. At present, the growth of friendly cooperation between China and Pakistan is embracing new opportunities. The blueprint of building the China-Pakistan Economic Corridor (CPEC) in particular, is of great significance. The strategic position of CPEC at the crossroads of Central Asia, South Asia, West Asia and China will not only benefit our countries and people, but also have obvious benefits to all our neighbors in those regions.
China, under its mega initiative of BRI, is engaged in CPEC for the economic development of Pakistan. CPEC’s importance is like oxygen for the ailing economy of Pakistan. Both governments are struggling hard to achieve the full potential of CPEC. People of Pakistan are enjoying the fruits of CPEC in the form of abundance of electricity, enhanced network of motorways and highways, jobs, and economic uplift.
We are time-tested, all-weather friends and have stood shoulder-to-shoulder in all difficult moments and struggled together to overcome the challenges. Government-to-government as well as people-to-people contacts are equally warm. Pakistan values its relations with China and is proud of their developments and achievements.
Pak-Cheen Dosti Zindabad.

The writer is a Sinologist (ex-Diplomat), non-resident Fellow of the Center for China and Globalization (CCG), and is part of the faculty at National University of Sciences and Technology (NUST).
E-mail: [email protected]